Ireland defeated England 24-15 at Twickenham to cement their status as Six Nations champions and add on only their third Grand Slam in their long history.

Tries from Garry Ringrose, CJ Stander and Jacob Stockdale were the outstanding moments in an effort from all 23 Irish players.

Here's how we rated the Ireland heroes.

Another big game from the Leinster fullback. Chewed up the metres for his team. Pressured Anthony Watson into shelling Sexton's high ball for the Ringrose try.

Undone by a fantastic Farrell grubber but defence was otherwise sound. Crucial ankle-tap on Elliot Daly to prevent a try in the corner.

On the spot to follow up on that Sexton up-and-under and Anthony Watson's spill. Great try to get his team going. Superb in defence too.

END_OF_DOCUMENT_TOKEN_TO_BE_REPLACED

Some day! Shelled a Kearney pass out on the left wing, 10 metres out, to let England off the hook. Stunning break set up Stander's try. Was lucky to escape a card for his hit on Daly but that didn't stop him lighting English players up. Went off injured with 25 to go. 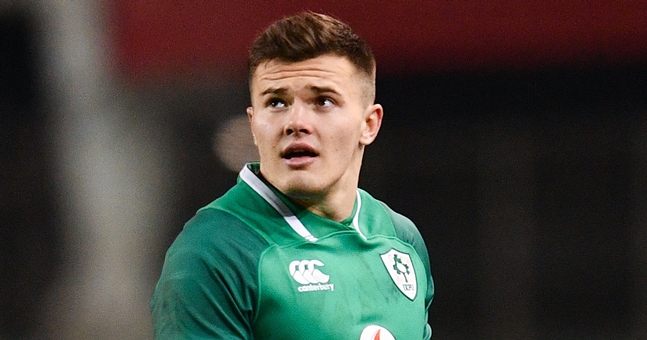 A genuine, bonafide star. 11 tries in 9 Tests and what a bloody chip and chase try! Lively and committed in defence too.

One hell of a bomb to set up that early Ringrose score. Missed one penalty but made a couple of good kicks. Took a bit hit from Ben Te'o ut returned after a Head Injury Assessment, looking shaken but unbowed.

END_OF_DOCUMENT_TOKEN_TO_BE_REPLACED

World-class in everything he does. The beating heart of the Ireland team and kept a relentless tempo. Shook off some late English hits. Kicked himself another penalty too.

Huge 50 minutes from Healy and some big hits in defence. Won a massive scrum penalty against Sinckler in his final contribution to the game.

His best game of the championship. Busy across the pitch and tidy at the set-piece. Annoyed the hell out of England at the breakdown.

Made a lot of big carries. Pinged by the ref for not driving straight in a crucial England scrum. 12 carries and 14 tackles in 65 minutes. Beast. 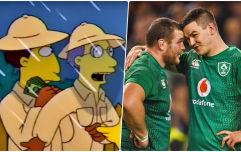 END_OF_DOCUMENT_TOKEN_TO_BE_REPLACED

What a man. Carried and tackled and cleared rucks with serious intent.

Sat Owen Farrell down with his first carry. Made a couple of brutal clear-outs and hits to send out statements.

Got himself yellow-carded when Ireland were under the pump. Was unflustered and domineering in the lineout. Busy, busy, busy at the breakdown.

What a man! Started superbly and made a number of strong carries to get his team on the front foot. A Lion in waiting.

So, so smart to touch against the post for his try. His best game of the championship - 24 carries and 10 tackles. 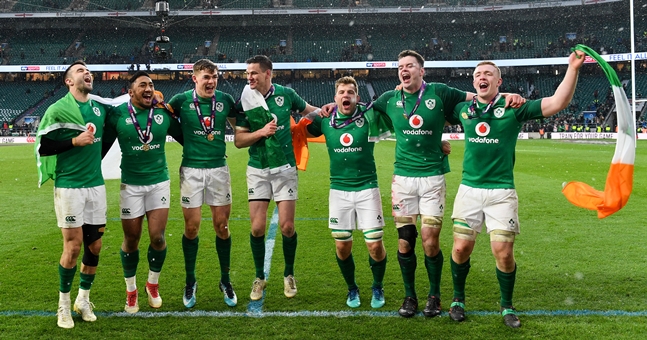 
popular
"There's times I do think I probably have let people down but in fairness, I have got good support from back home"
Goal disallowed in Dublin SFC because player wasn't wearing his gumshield
The SportsJOE 12 o'clock quiz | Day 138
All hail Alexis Sanchez, the man who played Manchester United like a piano
The SportsJOE 12 o'clock quiz | Day 137
"I was asked to be the team doctor. I thought well I'll never play senior camogie for Galway"
"That's a risk I'd be willing to take" - Byrne ready and raring for a championship
You may also like
3 weeks ago
James McClean opens up on sickening, Covid-related hate mail
3 weeks ago
When the President interrupted a Euro 88 pint between Charlton and Dunphy
3 weeks ago
How an uncultured Englishman conquered Ireland's sporting heart
3 weeks ago
The SportsJOE 12 o'clock quiz | Jack Charlton special (Day 112)
3 weeks ago
Growing up in the shadow of Jack Charlton's Ireland
4 weeks ago
Felipe Contepomi believes Leinster don't need to shop abroad
Next Page