"The Triple Crown is still a major, major achievement."

There's more than pride at stake in Twickenham this weekend.

Since the Five Nations welcomed Italy into the fold for the 2000 edition of the tournament and became Six, Ireland have won five Triple Crowns in nineteen seasons, more than any other side. In that time, England have won four, Wales added their third last year and Scotland haven't registered one since 1990. Four of Ireland's five came in a glut of just six attempts, between 2004 and 2009, while there was a long (and frankly incredible) nine year wait before they picked up their next hat-trick over the home nations in 2018. Considering Ireland only won one Triple Crown in the last decade, despite winning three Championships in that time, the idea of kicking off the 2020s with that trophy back under their belt would be a real shot in the arm to Andy Farrell's side.

Ireland travel to Twickenham to face England on Sunday in as good a position as any Irish fan may have dared to believe they could. After another poor showing at another World Cup, a solid win over Scotland at home followed by a comprehensive victory over Wales at the Aviva Stadium the following weekend sees Ireland sharing the summit of the table with France going into the third gameweek. Somewhat of an anomaly in the fixture list sees them now with the potential of lifting the Triple Crown with the minimum number of games played, at the scene of their Grand Slam crowning just two years ago. A game that perhaps feels like a lifetime ago for Irish fans. 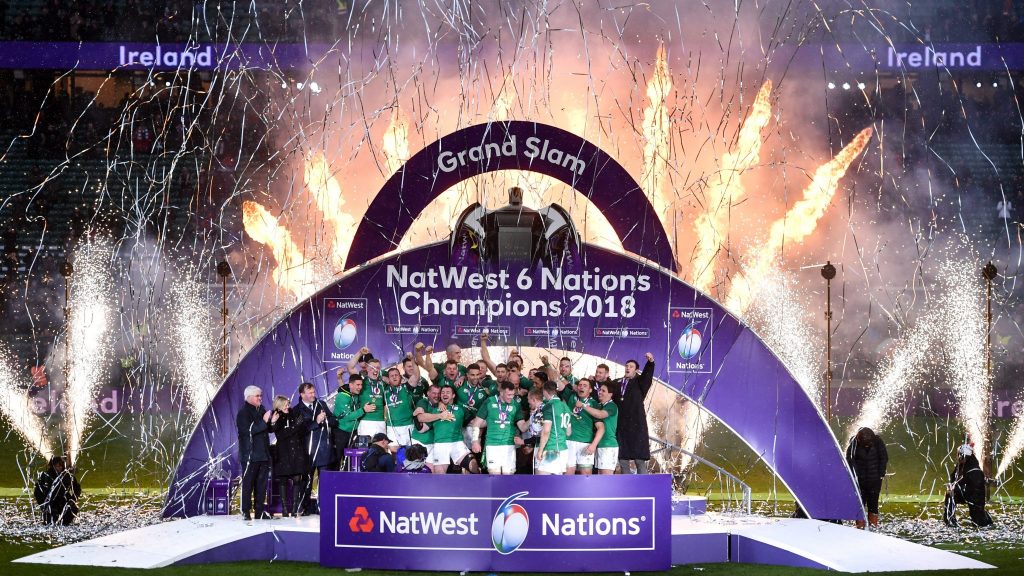 The Triple Crown win in 2004 was a landmark moment for Irish rugby in the professional era. The previous season had seen the side come agonizingly close to the elusive Grand Slam, losing a final day decider at home against eventual champions England on a scoreline of 42-6. Speaking to SportsJOE this week, starting hooker that day Shane Byrne recalls the vital message his side took from that defeat;

"We made a few errors that day. I don't think we played as bad as the score reflects, but we made a few errors. And that team were designed, through pressure, if you make a mistake they absolutely hammer you, and they did. I genuinely feel, they went on to win the World Cup (that Autumn), but that was their peak. I think that game was the best they were. I think they were absolutely immense that day. And we were just outclassed. But it was a great learner, the next year we went back and we won the Triple Crown and I think it was on the back of the disappointment of that. There were mistakes made, and things that just shouldn't have happened on the day, but there was also just a step up in class that we hadn't hit yet. It drove us on to keep going, that there were improvements there that were still to be made. Because we were beating everyone else all around us, but there was another step to make."

In such a barren era, trophies were not just few and far between; they were non-existent. Byrne remembers that time clearly, and just how much they strived for that Triple Crown;

"It was huge. It was unattainable. Like, 1985 was the last time we won it (before 2004). We literally could not get our hands on it. And unfortunately the Grand Slam wins have totally eclipsed it, totally eclipsed it. Because the Grand Slam was (for that team) like... 'oh, we'll never get our hands on it again!', it was only once ever before my day. The Triple Crown is still a major, major achievement. It is very, very hard and it is won seldom. It's something that is very difficult to get."

Ireland lost a lot that day in 2003. The Championship, the Grand Slam, the Triple Crown. And when they suffered a heavy defeat in Paris on the opening weekend in 2004, the three of those once again seemed to disappear from sight. But, home wins over Wales and Scotland, either side of a first win over England in Twickenham for 10 years, saw Ireland win their first Triple Crown in almost 20 years. 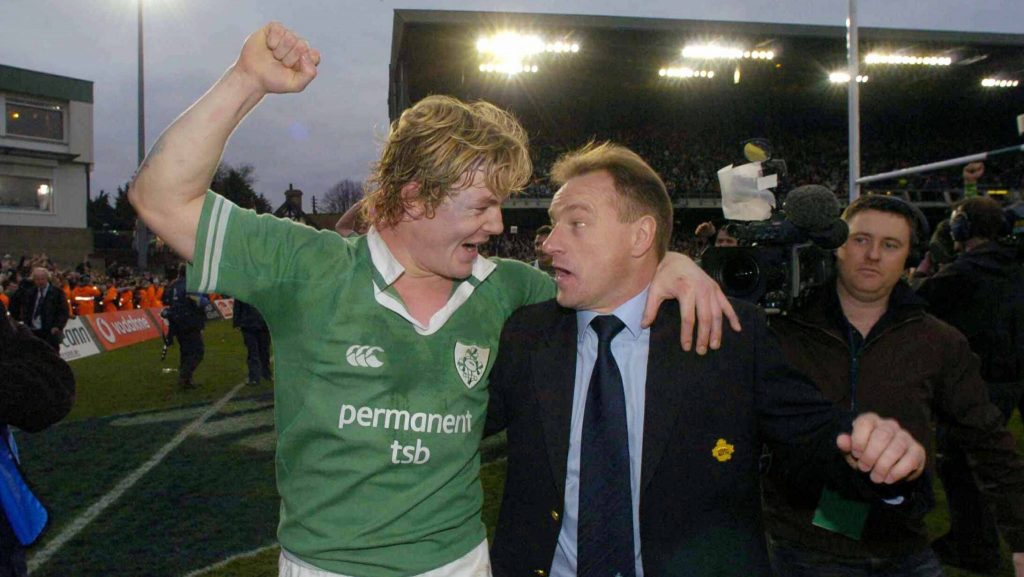 END_OF_DOCUMENT_TOKEN_TO_BE_REPLACED

Despite two good wins under their belts in this year's Six Nations, it's worth noting that Ireland benefitted from huge pivotal moments in both victories against Wales and Scotland: the disallowing of Hadleigh-Parkes' try and Stuart Hogg's howler in the corner. While Ireland also have a very respectable record at Twickenham in the Six Nations era (4 wins, 6 losses), they've only come away from London with the win twice since 2006. While some level of trepidation is required, Shane Byrne reckons Ireland have every opportunity of taking the win, and the Triple Crown, this weekend;

"I thought we were going to have an OK Six Nations, I think it could have slipped wrongly, we could have had three losses, two wins. I thought (before the tournament, Ireland would end up with) three wins, two losses. But now you're kind of, you're getting a bit sneaky now! You're kind of thinking, wouldn't it be great... The one thing about I suppose is England definitely haven't picked themselves up from the World Cup Final yet, they're not going well. Ireland are on an up curve, they're going well. And the first twenty minutes of the game will make or break it. Whoever wins the first 20 minutes will win the game. Because it's either England making a start and going 'we're back at home turf, forget what's happened before, we're back strong' or it's Ireland continuing to get better. And if that happens, we'll win the game."

You might never hear Ryle Nugent scream "drop at goal... Triple Crown at stake...", but it's an accolade, and a trophy that matters. Especially for a team like Ireland is now, with a new coaching ticket, starting to blood new talent and preparing for 2023.

Introducing our new limited edition @IrishRugby Legends trading cards, now free inside packs of GO-YOs Organic Yogurt Tubes! Unfortunately not everyone made the cut...Do think @shanebyrneoffic should have?
Follow his journey to claim #Legendairy status!#IrishRugbyLegends pic.twitter.com/qbjmxaiP11


popular
In 86 seconds, Patrick Bamford becomes English football's voice of reason
'Make him hurt, make him yours' - How the Springboks ruled the world
Jose Mourinho is about to step up and become the hero football needs
Springboks legend Tendai Mtawawira tells us what he really thinks of Ellis Genge
Michael Bisping tears into Dillon Danis for 'trying to be Conor McGregor so hard'
"We did find him hours later and we made up." - How Flynn and his best friend came to blows in Croke Park
Football's greatest heist has been happening in broad daylight for years
You may also like
1 week ago
Full player ratings as Ireland dismantle Wales in Six Nations opener
2 weeks ago
Lawrence Dallaglio's Lions XV sees five Irish players make the cut
3 weeks ago
Stephen Jones' Lions squad has no place for Sexton or Stander
3 weeks ago
Five Irish players make Ian McGeechan's best Lions XV of Six Nations
3 weeks ago
Latest Lions XV pecking order sees Scotland make a move
3 weeks ago
'One man who has booked his Lions place is Conor Murray'
Next Page