Tommy O'Brien had a hard enough time keeping on top of the studies in school... then college and a Leinster Academy deal came along.

O'Brien is one of those special talents that made his Ireland U20 debut as an 18-year-old as there was simply no holding him back any more.

The Leinster back impressed in the 2017 Six Nations as an attacking spark with one hell of a commitment to hard tackling. A couple of his big hits generated headlines and viral social media postings. This year, he is back for more and captain to boot.

END_OF_DOCUMENT_TOKEN_TO_BE_REPLACED

That honour and responsibility has added to an already hefty work-load as the versatile back is juggling his academy sessions, underage and 'A' matches and an intense college course.

"I would have come through the schools system, so playing for Blackrock College all the way up," he tells SportsJOE.

"That would have been intense - training three or four times a week and a game on Saturday - so I wouldn't have played with a club. But since I'm out of school, now, I play for UCD, which is where I go to college as well. I'm really enjoying my club rugby."

"I'm doing actuary and financial studies," he added, "and I'm in my second year now. Enjoying that too.

At one stage of our life or the other, we have all used the excuse that we can't go training or make a match because we have a lecture, or vice versa. O'Brien is not one for making excuses. Sure, it's a struggle but he gets his work done. 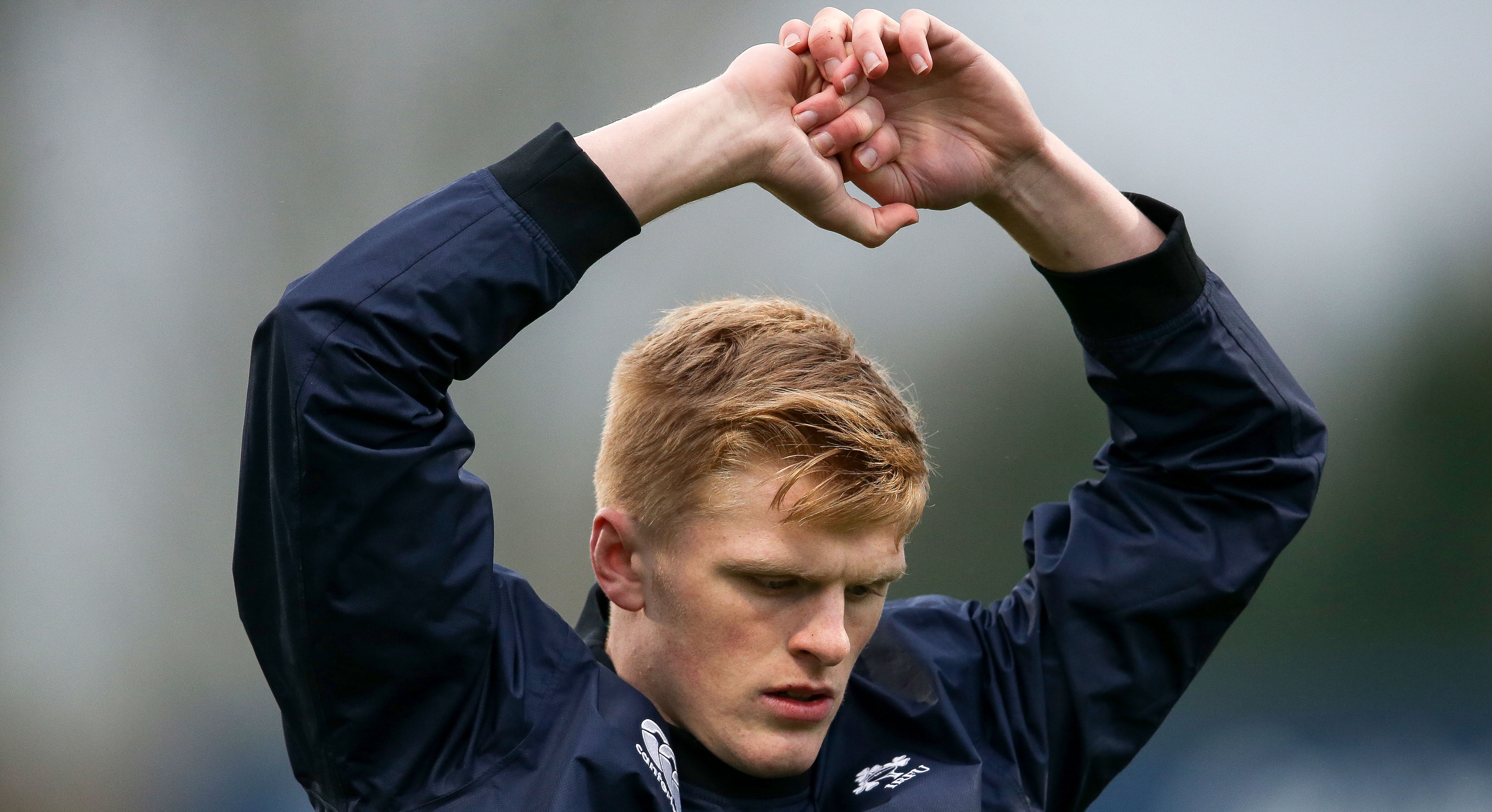 The Ireland U20 captain says his sporting upbringing was just like 'your usual Irish kid'. "Some GAA, football, golf, tennis, athletics," he says. "As you get older, you kind of prioritise and focus in on one so that was rugby for me.

"My dad loves getting along to the games. He would have been my biggest influence when I was younger. He was always out the back, passing a ball or kicking a ball with me. I'm sure he was probably sick of it when he was younger but he's reaping the rewards and getting a few free tickets out of it now! He's loving it as much as I am."

END_OF_DOCUMENT_TOKEN_TO_BE_REPLACED

As for those big tackles, O'Brien smiles when they are brought up.

"Attacking and scoring tries gets a lot of mentions," he says, "but sometimes it can be equally as satisfying making a defensive tackle or a turnover. I enjoy that side of the game, but I love scoring the tries as well."

As captain, and someone midway through his second U20 campaign, O'Brien is in a good position to flag some of this season's top young performers.

"It's still quite early on but, obviously, James McCarthy went quite well with a man of the match performance against Italy. Twice nice tries.

"Across the board, a few of the guys have been really stepping up - Jack Augnier, Jack O'Sullivan, Jack Dunne as well... a lot of Jacks there; I didn't mean that! A lot of guys have stepped up - Harry Byrne has been very good as well.

"There is a lot of strength in depth too and Noel [McNamara] has really pushed that - that no-one is allowed to get comfortable. And if you're not performing well in training, you'll get swapped out."


popular
The FootballJOE Pub Quiz: Week 11
O'Hora and Keegan hammer into each other, both of them only revelling in it
Man United's tactical issues summed up in six shocking screenshots
McBrearty has dramatic equaliser ruled out as Naomh Conaill win Donegal grudge game
Jesse Lingard seeks to clear up what United fan shouted when he was warming up
Liverpool's half-time words in Old Trafford dressing room will please fans greatly
Manchester United players 'lose faith' in Solskjaer after Liverpool pasting
You may also like
6 days ago
"Where Johnny Sexton is so important to us now is being able to pass the baton"
6 days ago
"I'd love to finish on home soil but I can't see it. I won't be playing in the next Six Nations"
1 week ago
Ireland star Will Connors on his rude awakening playing GAA in KIldare
1 week ago
Andy Farrell's Ireland squad for November internationals to feature some exciting talents
1 week ago
Picking Ireland's best back row as multiple candidates hit early form
1 week ago
Caoimhín Kelleher could carve out a career at Liverpool
Next Page