"He just seems to drive this Ireland team to a whole new level."

There is a lovely photograph from the 2013 British & Irish Lions tour to Australia. Johnny Sexton and Tommy Bowe embrace on the ANZ Stadium pitch, not long after the Lions had thumped the Wallabies to clinch the Test Series 2-1.

Bowe had come back from a broken hand after only three weeks on the sidelines, to play a big, starting role in the final two Tests. Sexton had started all three games for Warren Gatland's men, and had scored the match-clinching try in the decider. 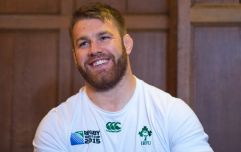 END_OF_DOCUMENT_TOKEN_TO_BE_REPLACED

They were peers, and they were up there with the best in the world in their favoured positions. Nine years on from that moment and Bowe is long retired while Sexton, who briefly threatened to play on past his 40th birthday, looks better than ever.

There are 17 months between Bowe and Sexton but the former Ulster winger really did hit the ground running, when it came to professional rugby. He had not turned 20 long when he scored a debut try against Connacht and never looked back.

Sexton made his debut in the 2005/06 campaign but it was two more seasons before he started to get regular rugby. He bristles, to this day, when there are suggestions that Felipe Contepomi getting injured against Munster, in the Heineken Cup semi-final, was his big break. He had played about 35 senior games, at that point, and would sometimes play 10 while the Argentinean started at inside centre.

By the time Sexton joined Bowe in the Ireland team, the Ulsterman had been playing Test rugby for five years. He had 27 international appearances, 10 tries and as Grand Slam to his name. The pair would go on to play nine years together, for Ireland. 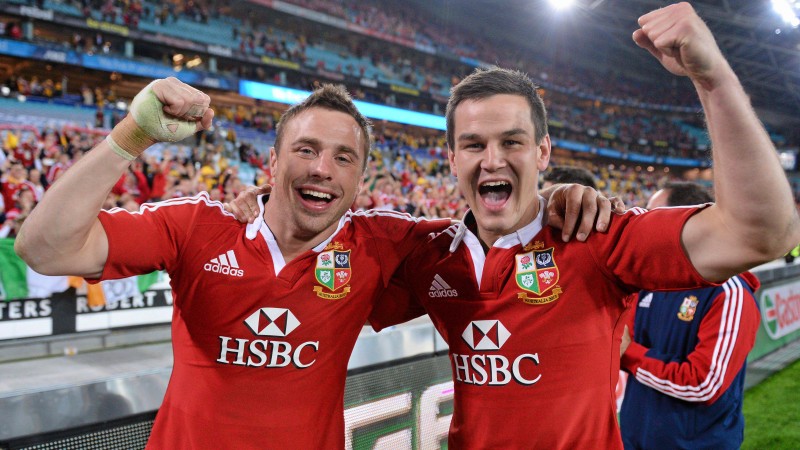 Tommy Bowe retired in 2018 but his final Ireland outing was the year before. He came off the bench in an away defeat to Wales and left the pitch on a medical cart, a short time later.

END_OF_DOCUMENT_TOKEN_TO_BE_REPLACED

So, while Bowe may have had a five year head-start when it came to Test rugby, Johnny Sexton is likely to outlast his old teammate by six years if, as expected, he makes it to the 2023 World Cup for his very own last dance.

"You had Tampa Bay Buccaneers bringing in the likes of Tom Brady. They were a nothing team until Brady came in, seemed to galvanise and just didn't accept lower standards.

"I was reading a story about Jonny Wilkinson, when he went to Toulon. They had long been this team of superstars but they couldn't get their shit together, to come together as a team and take on the best. Wilkinson came in with this relentless attitude and drove the standards.

"And Johnny, at the age of 37, is that elder statesman and his body seems to be hanging together. He just seems to drive this Ireland team to a whole new level, and I think that is being encouraged more and more by Andy Farrell. He's got a huge say in everything that is going on. And Pete O'Mahony, likewise. Pete is probably playing some of the best rugby I've seen him play in years."

"Whatever they are doing in training seems to be keeping these guys fresh and they are bringing out their best on weekends," says Bowe, "and long may it continue.

"That, of course, is the worry. Anyone that watches any game with this Irish team, there is that worry were Johnny gets injured, Tadhg Furlong gets injured or Andrew Porter gets injured. They are the key positions. That's something they'll have to look at again, in the coming months."

Ireland have three November Tests, in Dublin, ahead of the 2023 Six Nations and, most likely, four World Cup warm-ups before that tournament in France commences.


popular
Shane Lowry on his Tuesday duels with Rory McIlroy at The Bear's Club
Gary Neville confirms he will work for Qatar's beIN Sports during World Cup
Ex-Anthony Joshua opponent hopes Chris Eubank Jr gets brain damage
Predicting the 31 biggest knock-out championship games around Ireland this weekend
Two Man United players led a furious half-time inquest into Manchester derby performance
QUIZ: Name the 2018 World Cup Goalscorers
Richard Dunne slams Man United for pandering to Ronaldo during games
You may also like
6 days ago
Former England captain believes that Declan Rice should be playing for Ireland
1 week ago
The largely ignored reason Ireland rely on James McClean and Jeff Hendrick so much
1 week ago
Only fans with a wide range of Irish football knowledge will get full marks in this quiz
1 week ago
The clear-cut differences between what Stephen Kenny and Dara O'Shea said, last night
1 week ago
Richard Dunne was not hopeful that this Ireland team will qualify for Euro 2024
1 week ago
Liam Brady on two Ireland players that made "unacceptable" errors against Armenia
Next Page