The one rugby diet we feel confident of fully embracing

Rugby players need a lot of fuel for the fire.

While the average Irish male will eat around 2,500 calories a day, rugby players have to consume a lot more.

As a lock, and a 6-foot-5 lock weighing a tad under 18 stone, Mick Kearney packs away even more. SportsJOE caught up with the Leinster forward to learn about his diet and the gym routines that hone his game.

"You're kind of on the see-food diet. Coming up to a game, you see food and you eat it.

"Two days before a game, you are looking to carb-load. You are getting a lot of rice, sweet potatoes, those complex carbs into you.

"You'd generally have between 3,500 and 4,000 calories a day but that can vary. If you've got a six-day turnaround, you may have to take on more carbs.

"I've an unbelievably basic palette when it comes to food. Basically, it's anything with rice or with mince. A bit of tomato sauce and I'm good to go. As long as there's loads of food, I'm happy to go." 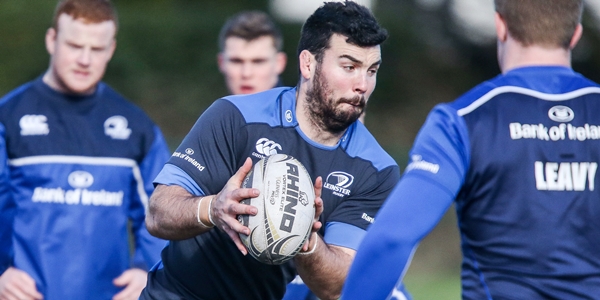 Kearney believes the most important fitness advice he can offer to aspiring second rows is to 'look after your back'. He adds:

"Second row is a work-rate position so the more that you can build up that engine, the better. Do some running.

"There's not too many great [ball-]handling locks out there, at the moment, so don't just do the stuff you are perceived to do. Try add to your game but the stuff you're already good at? Get better at it." 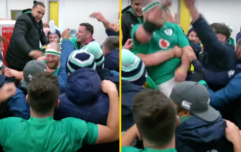 END_OF_DOCUMENT_TOKEN_TO_BE_REPLACED

As for gym exercises, the Dubliner recommends squats, RDLs [Romanian Dead Lifts - demonstrated by Munster's Dave O'Callaghan, below] to build rear chain strength, from an upper body perspective, bench presses and pulling exercises. For players, amateur and professional, pre- and re-hab are vital.

Kearney was out of action for around six months when a toe injury failed to mend. It stalled his start to life as a Leinster player and, he says, was frustrating as hell:

"By far, seeing injured players come in and pass you by is the hardest part.

"People say that [the hardest part] must be training alone but when you see a guy coming into the injured group with a perceived serious injury, and is quite upset, his spirits lift when he learns he will be back in a month or two.

"He has rehabbed, worked hard and is in really good shape. He's out but you're still far away from getting back. It's very hard to stay singular and focused in those situations."

Kearney is hopeful that he will be back on the pitch after a shoulder knock he recently picked up against Glasgow Warriors.

They don't call this the business end of the season for nothing. Kearney insists he is ready to do business.


popular
"This game is going to get abandoned" - Mass brawl between Kilcoo and Burren results in six red cards
"He'll have the best seat in the house" - emotional Mageean pays tribute to late great Kiernan after the race of her life
Teddy Sheringham says Roy Keane didn't speak to him for three years at Man United
Quiz: Which player has scored more goals for Ireland?
Court hears cringeworthy poems Ryan Giggs wrote to his ex
Kylian Mbappé wants to 'dismantle Argentine Republic' at PSG
Your guide to a huge weekend of sport and how to watch it all
You may also like
1 month ago
"I just remember the room erupting!" - Nick McCarthy on coming out to his Leinster teammates
2 months ago
"Leave it all out there on the pitch" - Marcell Coetzee right at home with rampant Bulls
2 months ago
"Hopefully we'll come away with a gem" - Joe McCarthy potential sealed Ireland selection
2 months ago
Attention turns to Leinster's next attack coach as Sean O'Brien gets coaching gig
2 months ago
"That's what he does" - Wayne Barnes and the crucial calls that cost Leinster
2 months ago
"If there was a Lions team being picked now, Josh would be a starter"
Next Page