2021 is winding down and the awards and accolades are starting to be handed out. Tadhg Furlong may pick up some personal baubles yet.

Robbie Henshaw [Best 15s Player] and Gavin Coombes [Best Young Player] were recipients of two of the big Rugby Players Ireland recipients, last Friday, while France winger Damian Penaud has won Try of the Year for a show-stopper against Scotland.

END_OF_DOCUMENT_TOKEN_TO_BE_REPLACED

On Rugby JOE, recently, there were over 500,000 votes as the Best XV of the Autumn Nations Series was debated. Ireland, South Africa and France had four players apiece, while England rounded out the team with Tom Curry, Henry Slade and Freddie Steward.

Add in the 2021 Six Nations, The Rugby Championship and the British & Irish Lions Tour to South Africa, and you will see just how complicated it will get to come up with a 'Best XV' from Test rugby in 2021 that everyone would come close to agreeing on.

END_OF_DOCUMENT_TOKEN_TO_BE_REPLACED

Then again, that is the beauty of these debates. Someone steps forward with a claim and everyone else wades in.

Now into the final weeks of the year, French rugby-writer Gauthier Baudin has boldly taken that step and named his 'Team of the Year'.

There is just one Irish inclusion, but several of the replies have included a health batch of lads from the Emerald Isle. There is also room for Sharks and Springboks centre Lukhanyo Am, who earned high praise [LISTEN from 57:40 below] on House of Rugby URC. 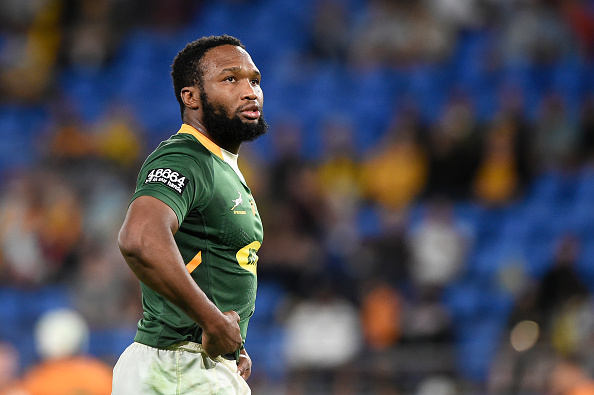 "We can't stop talking about Lukhanyo Am," House of Rugby host Jason Hennessy declared. "We've been asking for the past couple of weeks - Why was that man not nominated for World Rugby Player of the Year?"

"I rate him," Leinster and Ireland centre Jenny Murphy said. "He makes such smart decisions, defensively in particular. It's a hard position to play in and he is consistently good there... a phenomenal talent and you can see why teams like South Africa will pivot and build a game-plan around someone so talented.

"Hugely physical and massively skilful too, but so intelligent, in terms of reading the game and bringing in other players. It's difficult to comprehend why he's not up there for World Rugby Player of the Year."

Gauthier Baudin, who previously wrote for Midi Olympique and is now with Actu Rugby, stepped up after some mulling with his 'Best XV'.

Tadhg Furlong makes his front row, along with France loosehead Cyril Bailie and All Blacks hooker Codie Taylor. In midfield, Am is accompanied by Springboks teammate Damian De Allende.

And so the Baudin XV sparked a lovely debate thread, with lots of excellent [and some eye-catching] nominations and suggestions.

We particularly - perhaps with green-tinted glasses - enjoyed the following team selection, below, that included four Irish forwards and Hugo Keenan at fullback.

Names that cropped up time and again, through all the replies, were Tadhg Furlong, Lukhanyo Am, Michael Hooper and France scrumhalf Antoine Dupont.

As for the official World Rugby Player of the Year gong, that will be awarded at the end of this week, with Dupont the heavy favourite for that one.

You may also like
6 days ago
"Everything’s done for you" - Eddie Jones on how private schools influence English rugby
1 week ago
Faf de Klerk knocked out after horror collision with knee of All Blacks winger Caleb Clarke
1 week ago
"We'll support him in any way we can" - Wallabies captain Michael Hooper backed for brave mental health decision
1 week ago
At a time when rugby needs genuine characters, Naitoa Ah Kuoi could not have timed it better
2 weeks ago
Eight Ireland players make final cut in 'World Class' 33-man squad selection
2 weeks ago
"There's no magic wand. A lot of it starts and finishes with hard work" - Ronan O'Gara
Next Page