Hands down, Peter O'Mahony is the winner in this one.

"I used to get up early to watch the All Blacks play," Peter O'Mahony said of his younger self after another historic night in New Zealand.

Following Ireland's 32-22 victory over the All Blacks, O'Mahony was openly weeping along the sideline as the final minutes of the game played out. He later spoke to RTE's Michael Corcoran about why this Test Series win meant so much.

"After losing 60 nil the last time I played a third Test in New Zealand, 10 years ago, if you asked me were we going to win a series here, in my career, I don't know if I would have agreed with you."

END_OF_DOCUMENT_TOKEN_TO_BE_REPLACED

O'Mahony and Jack Conan traded back-row starts during the 2021 Six Nations, but the Munster captain got the backing of Andy Farrell to start all three Tests against the All Blacks, and he did not disappoint. In our comprehensive look back on the three Tests, O'Mahony and Tadhg Beirne were just behind Josh van der Flier, in terms of overall impact across the three big games.

However, in a vote put to rugby supporters, taking in all the Summer Series matches, it was O'Mahony that reigned supreme. Going up against Ellis Genge (England), Josh van der Flier (Ireland) and Ardie Savea (New Zealand), the 32-year-old took home a massive 44% of over 10,000 votes. 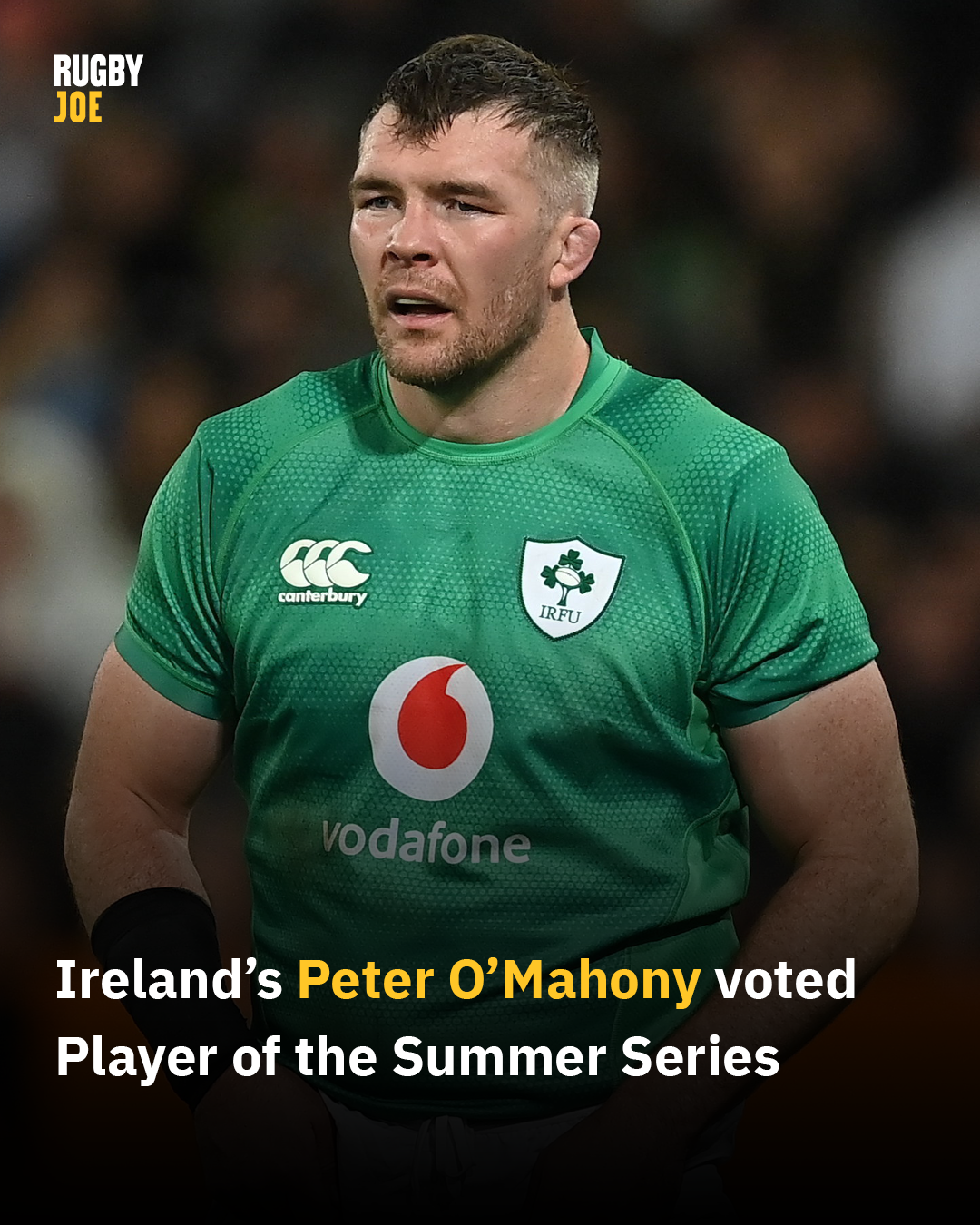 END_OF_DOCUMENT_TOKEN_TO_BE_REPLACED

While there was praise for Peter O'Mahony and Caelan Doris on the Aotearoa Rugby Pod, Josh van der Flier was the only Ireland back row that made it into the Kiwi show's 'Team of the Week'.

Across the XVs of hosts Bryn Hall and James Parsons, Irish stars Tadhg Beirne, Johnny Sexton and Tadhg Furlong were mainstays. Hall, who plays for Crusaders, also had Robbie Henshaw at 13. The duo, and main host Ross Karl, all raved about the Munster lock.

"I want to make special mention to Tadhg Beirne," said Parsons. "I picked him last week as my player of the round, and I thought he was huge again."

"I'm with Tadhg Beirne," said Karl, when casting his vote. "He stood up in the big moments, when it needed to count. On the All Blacks' line, on his own line, it didn't matter where it was on the field, the way he was going. Even with how well all the Irish are going, he stood out. And to stand out in a team like that is pretty special."

END_OF_DOCUMENT_TOKEN_TO_BE_REPLACED

Hall mentioned Eben Etzebeth and Ardie Savea as having big weekends but he, too, opted for Beirne.

"Those turnovers in the 74th and 75th minutes, then winning a penalty just after, were huge," he said. "He was immense - turnovers, lineouts, set-piece disruptions, his physicality. He was all over the place."


popular
Ireland team to play Wales: Andy Farrell's XV, the big calls and bold cuts
Roy Keane reminds everyone of his feelings towards Newcastle United ahead of cup final against Man United
Ireland's self destructive mentality kills Croke Park fight for Katie Taylor
Everton release brutal 59-word statement to confirm Anthony Gordon departure
Even Roy Keane felt Michael Dawson went too far with his remark to Tom Heaton
True beauty of Fitzgibbon and Sigerson Cups lies in the hearts of weaker counties
Five confirmed changes and guidelines to have big impact on 2023 Six Nations
You may also like
13 hours ago
Ireland's self destructive mentality kills Croke Park fight for Katie Taylor
2 days ago
"I've heard people tipping Wales to beat us. I was actually offended!" - Greg O'Shea
2 days ago
"It's crazy to think Bundee Aki might come straight in and start against Wales"
4 days ago
Two Ireland stars included in Premier League's 'young English XI'
4 days ago
British publication urges Gareth Southgate to claim Evan Ferguson for England
1 week ago
The two toughest calls in Ireland team to face Wales are in the backline
Next Page