Stuart Hogg owns up to 'schoolboy error' after Irish defeat

New Ireland head coach Andy Farrell has been on two Lions tours with Stuart Hogg and speaks highly of the Scottish fullback. Still, with Ireland's Guinness Six Nations encounter with Scotland in the melting pot, it did not stop him enjoying Hogg's catastrophic error in the second half.

With Ireland sub Dave Kilcoyne down injured, Scotland were flying through the phases and stretching their hosts. Their backs stayed wide and looked to have been rewarded when Hogg received a pass and went to dot down in the corner. He was unopposed and all he had to do was stay in control of the ball.

The Scotland captain could not, though, and Ireland were let off the hook. 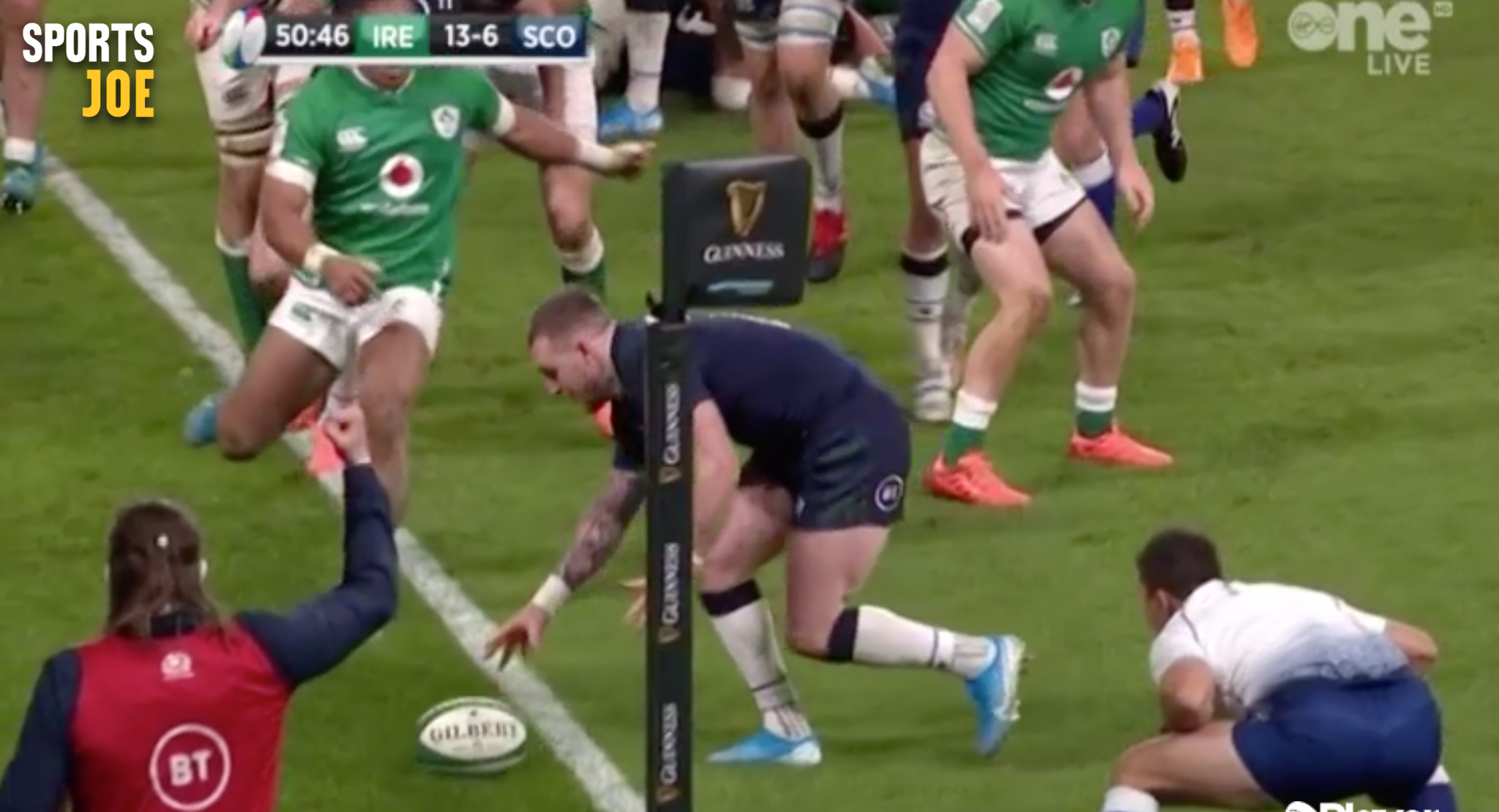 Adam Hastings kicked a penalty as referee Mathieu Raynal went back to a Scotland advantage after that Hogg botch. Ultimately the mistake caused Gregor Townsend's men four points but a try at that time would have been huge.

Following Scotland's 19-12 loss to Ireland, Hogg owned up to his careless shelling and tried to emphasis some positives.

"[It was] just a schoolboy error. Gutted with how that happened. I can't change what's happened now. I just need to get on with it

"I apologised to boys. What will be will be and we have to move on.

"I'm bitterly disappointed to drop ball over the line. We got ourselves into a good position after the forwards good work. I'm so disappointed I couldn't finish it off."

"I'm incredibly proud of the boys," Hogg continued. "We came across here with a huge task on our hands and we fronted up.

"Our defence stood firm Something we've worked incredibly hard on over the last couple of weeks. I'm proud of their efforts. We're bitterly disappointed not to have come away with a result. We feel we're in a good place and it's now about kicking on and learning from today."

Asked if Ireland came up with anything that surprised him, now that Farrell has replaced Joe Schmidt, the Exeter Chiefs fullback said, "We knew they would be physical and they proved that But our forwards stood firm and took the game to them.

"We talked a lot about our discipline and not giving easy penalties away but unfortunately we gave two or three soft ones away which relieved a lot of pressure for them. That's something we'll address and make sure we're not making those silly errors again."

END_OF_DOCUMENT_TOKEN_TO_BE_REPLACED

"Unfortunately we came up short [inside the Irish 22]," Hogg added. "We got into some good situations and should have finished them off.

"But we've got to give credit to Ireland's defence. They made it a nightmare for us at the breakdown and stood firm in those last few phases of the game."


popular
Bill Shankly’s grandson asks for statue to be removed from Anfield
'War-scene' in Tyrone dressing room before 2005 final sums up an iconic team
We knew Sean O'Brien wouldn't let us down with his Lions XV
Solskjaer chats with protesting United fans who broke into club's training ground
Keith Earls backed for Lions XV by one of the best in the game
Dream on hold for Munster fans as O'Gara agrees to new deal at La Rochelle
The SportsJOE 12 o'clock quiz | Day 335
You may also like
4 days ago
Full Ireland ratings as France deliver resounding Dublin victory
5 days ago
"Dorothy Wall, hands down... she's a wrecking ball!"
1 week ago
The six Lions spots being contested by Ireland and Scotland players
1 week ago
Rating the chances of Leinster's 16 Lions hopefuls
1 week ago
Jamie Carragher on how close he came to Ireland call-up
1 week ago
Full player ratings as Ireland dismantle Wales in Six Nations opener
Next Page