You'd hate to be the final 10 lads that don't get picked.

It may have taken a bit longer than in other rugby-playing nations but professional rugby is coming back to South Africa.

The Covid-19 pandemic ensured South Africa's Super Rugby sides would not get to finish the 2020 competition while the Cheetahs and Southern Kings, who are now in severe financial difficulty, will not be part of the Guinness PRO14 regular season, 2020/21.

It has been a tough time for the Rainbow Nation, with over 651,000 positive Covid-19 cases and 15,400 deaths, to date, and an economy that is stretched to its' seams. The return of rugby for a four-month local season will be a shot in the arm for one highly popular walk of South African life, however.

SA Rugby has announced its plans for this local season and is kicking it off with the 'Springbok Showdown' on October 3. Fascinatingly, the world champions are going to put together a squad of 60 and divide them into Springbok Green and Gold teams. A statement from SA Rugby reads:

'The selection process will take the form of a draft pick from an enlarged squad of 60 players with Green and Gold team bosses taking alternate turns in an old-style ‘school yard pick’ to assemble their match-day squads of 25 players each.

'The drama will unfold live on SuperSport, with the enlarged squad set to be announced live on Saturday before the crucial draft pick next week.'

60 names with only 50 getting selected. 10 lads are going to feel like crap, at the end of all that.

So, tune in on September 26 if you want to be transported back to those awkward school days as teams were picked and you were left awkwardly scratching your arm and hoping your name would be called next. 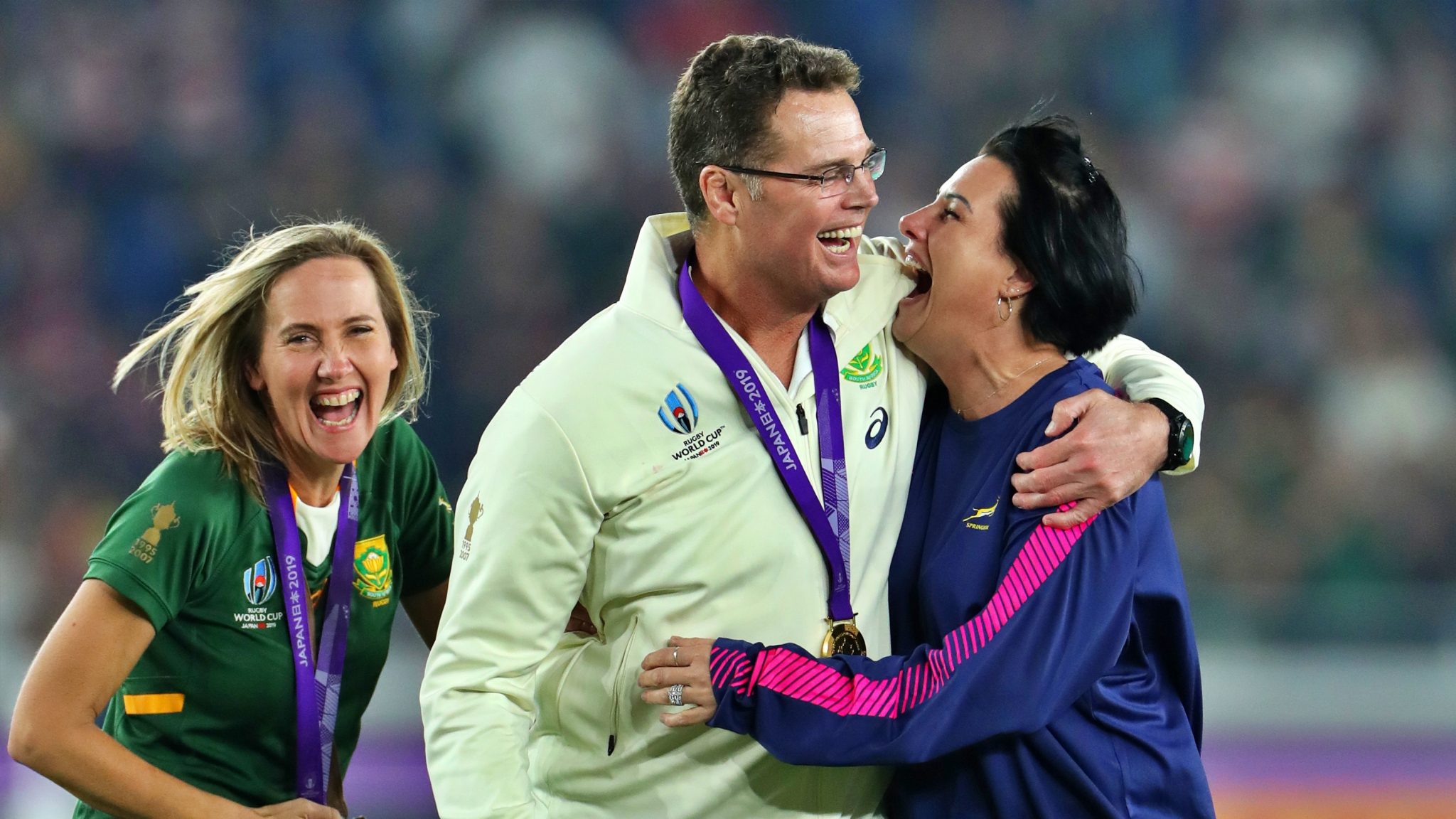 Erasmus, the former Munster director of rugby, commented, "This will not only be an opportunity to see the best of the best available talent in South Africa square off against each other in what promises to be something never seen before.

"It will also provide the players with another valuable opportunity to shake of the rust and get the legs and lungs going after not playing any rugby in the last six months.

"The players will be encouraged to showcase their skills – individually and in their teams – and while it will be full-on, we’re expecting to see a highly competitive match of quality players against each other.

"It will be exciting – from the moment we select the squads, with a number of twists thrown in for good measure – through the build-up to the match and the actual encounter in Cape Town."

END_OF_DOCUMENT_TOKEN_TO_BE_REPLACED

Springboks playing in Europe will not feature in the October 3 'Showdown' but most will be released, if selected by Erasmus and Nienaber, for The Rugby Championship, which is set to take place in November and December.

The local season will begin on September 26 with a double-header of games between the country's Super Rugby representatives. The Bulls will first take on the Sharks, followed by the Lions facing the Stormers.


popular
"I was like, ‘My ear is hanging off my head. Can you not see that?!'"
The SportsJOE 12 o'clock quiz | Day 307
"Hang on lads, there is more to life outside of Dublin" - Connellan is a rebel with a cause
Japanese rugby players living off the classic Irish school lunch for pre-match-meal
QUIZ: How well do you know Manchester United players of the 2010s?
QUIZ: Identify the missing sponsors from these football jerseys
QUIZ: Name all 50 of these 2000s Champions League players – #4
You may also like
1 day ago
Champions Cup moving straight to knock-out stages, without Ulster and Connacht
1 day ago
Japanese rugby players living off the classic Irish school lunch for pre-match-meal
2 days ago
"I’ll work towards getting into the real world and start another life" - Johnny Sexton
3 days ago
'We haven’t performed to the standard that everybody else expects us to"
3 days ago
French Covid crisis as Charles Ollivon and four more test positive
4 days ago
36-man Ireland squad announced for Italy clash
Next Page