How could anybody turn it down?

Ronan O'Gara has settled in well to life as a coach down in New Zealand but just like in his playing career, the Cork man is still striving for more.

His ambitious, competitive nature during his time as a fly half for Ireland and for Munster helped him to become one of the best in the world and it's that ambition and competitiveness that is now attracting him to the top job in rugby coaching. 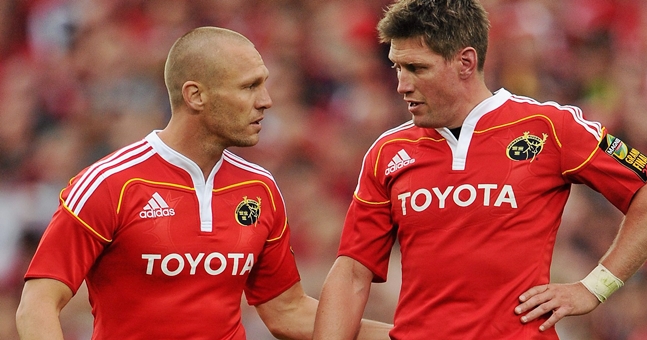 For the last two years, ROG has been the assistant backs coach with the Crusaders and with the Christchurch outfit going well in Super Rugby, he'll be in the shop window for a role with the All Blacks after the culmination of the 2019 Rugby World Cup.

The word is that this year's World Cup may be Steve Hansen's last and with Scott Robertson - head coach of the Crusaders - rumoured to be one of the first candidates to replace him, that would shoot ROG right into contention.

He responded to the speculation in an interview with stuff.co.NZ recently.

"Everything is possible. I'm ambitious and competitive, but I think the most important thing is if I do my job then these things look after themselves," he said.

"It would be something you'd aspire to do, but maybe the timing at this stage might be a bit soon..."

"It'd be a fantastic opportunity. The game is changing and a lot of ideas are being intermingled between the northern and southern hemisphere."

O'Gara did admit however, that his wife Jessica and kids will have a big bearing on the decision.

"If it was my decision I'd know where I want to be. You have to stop being selfish some day and be realistic...Believe me, it comes up at the dinner table a lot."