'What Siya has been through, to where he is now, is inspiring' - Felix Jones

"We come from different backgrounds, different races, and we came together with one goal, and we wanted to achieve it."

South Africa captain Siya Kolisi discovered a remarkable focus and calm when, minutes after winning the World Cup, he delivered the best post-match speech in the tournament's history. Felix Jones was not the only person blown away by Kolisi's words, and the poise and empathy he showed so soon after the greatest achievement of his sporting career.

The 28-year-old from Zwide was one of several in the Springbok side to have endured hardship, money woes and to have lost loved ones along the way. Every squad will have hard-luck stories but South Africa head coach Rassie Erasmus summed up the situation in his homeland when he said:

"We talked about what pressure is. In South Africa, pressure is not having a job. Pressure is one of your close relatives being murdered."

Felix Jones joined up with the Springbok squad a little over a month before the World Cup kicked off in Japan. Less than three months later and Jones was on the pitch at Yokohama International Stadium with a winners' medal around his neck.

The former Munster and Ireland star joined Barry Murphy, Andrew Trimble  and Jerry Flannery on the latest episode of Baz & Andrew's House of Rugby. He spoke about his incredible few months with the world champions, including the epic celebrations back in South Africa. 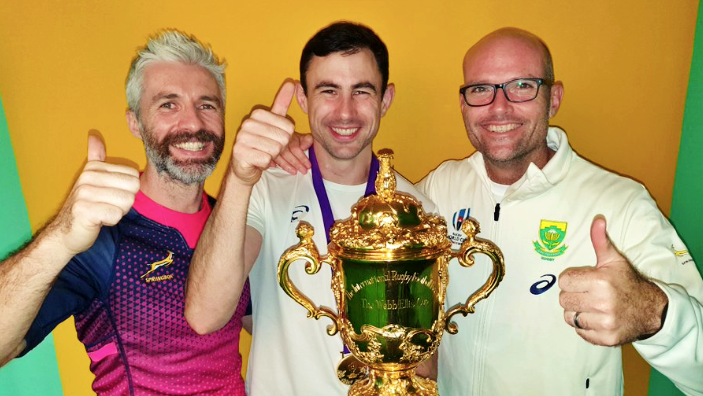 Felix Jones was drafted in by Rassie Erasmus some six weeks before the tournament started when he lost his backs coach. The Dubliner says he received the call from the South African while he was 'in a caravan in Wicklow'. He had two weeks at home to do some prep and analysis on Japan (for a warm-up match) and the Boks' pool stage opponents before he caught a plane over and was 'straight in' with the sessions.

END_OF_DOCUMENT_TOKEN_TO_BE_REPLACED

South Africa comfortably beat the tournament hosts before the competition proper began. They lost their opening pool game to New Zealand but then won their next six games to claim the country's second ever World Cup. It was only as the tournament progressed, he admits, and he got to know the players that he truly realised how much winning the tournament was driving them on.

"I don't think, and even now I don't fully understand the implications of this win. When you got to South Africa, though, you could actually see it. There were just millions of people. We did four or five days of just travelling around and, everywhere you went, it was millions. Every airport, every time you were on the bus and even people just waiting outside the hotels, it was crazy.

"I found it really hard to grasp it but, as the weeks went by, you're trying to get a handle on it. I don't think it was ever used as this heavy motivational tool but certainly, towards the end, as things were developing, the lads were able to draw on it a bit more.

"They've some pretty bigs leaders in that team as well. Like, Siya's story and Makazole Mapimpi's story and people may not know this but a lot of the guys [in the squad] leave their clubs to come back home and play for South Africa, and sometimes that has financial implications for them, but they want to play for South Africa so much that they'll do that.

"If we consider Paulie [O'Connell] as one of the best captains that we've all dealt with, Kolisi is not the same mould as that. He's much more softly spoken and even in the post match interview - after what is such an incredible moment - how composed and controlled he is.

"Much more softly spoken people but it's hard not to think about Siya's story. It's hard not to, when you are dealing with him and you know the things he's been through to where he is now, you'd have to be a robot to not be inspired by it." 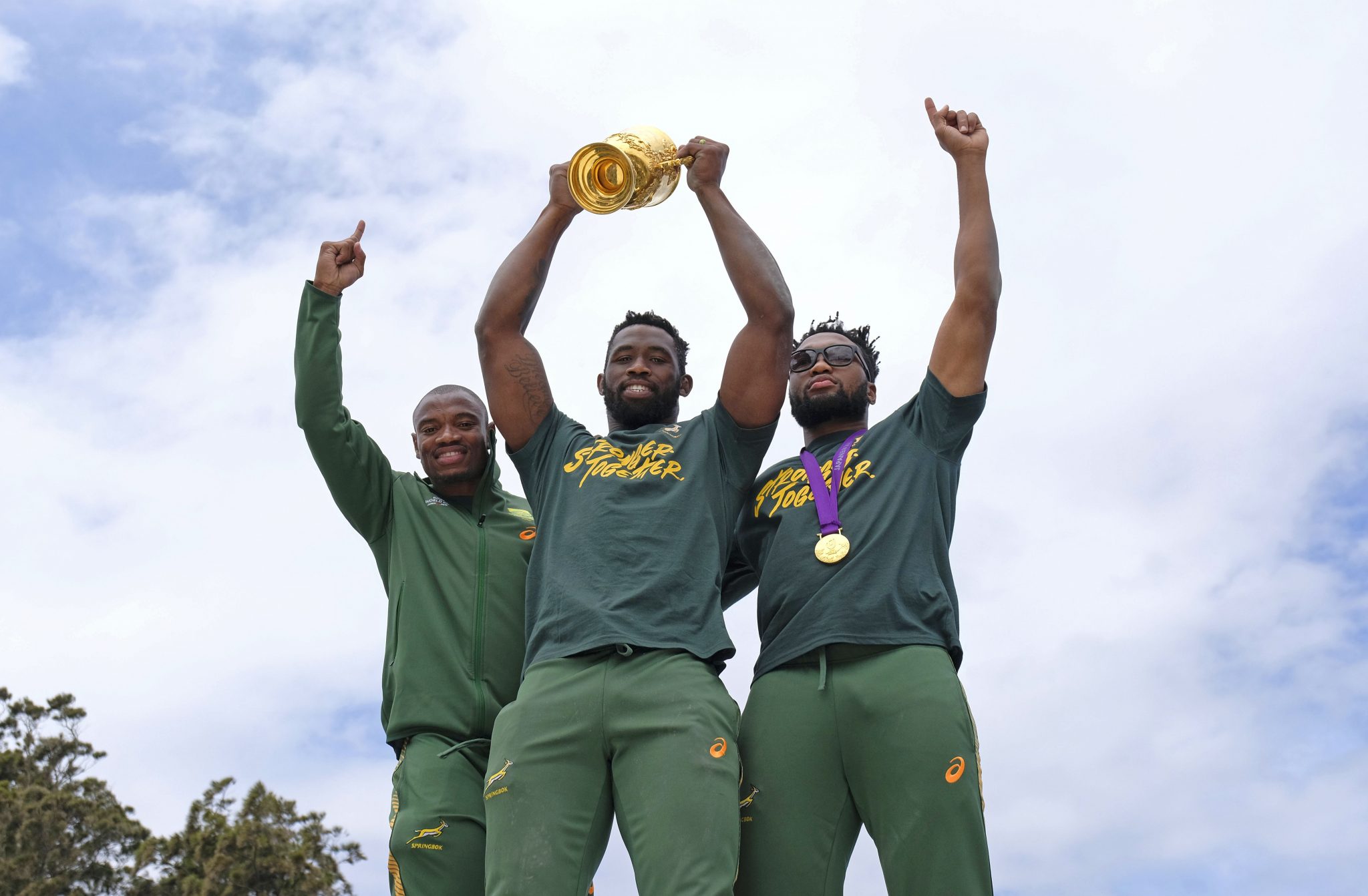 As for his next steps as a coach, Jones said, "I don't know what I'm going to do now. I'm just walking around Sandycove and Glasthule just saying hello to people and giving time to Leanne and the lads.

"I actually do mean giving them more time because it has been mental. It has been so mental these last two years and then obviously going over to Japan... I've not seen the family much at all in these last few months and then, you know Jerry, how insane it can get at Munster."

Rassie Erasmus is stepping into the Director of Rugby role with South Africa but there is a chance that Jones will stay on with a new-look Springboks coaching set-up. All decisions on his future, he says, will be made AFTER Christmas at home with the family. What of the challenge of being with the Boks' set-up for the 2021 tour of the British & Irish Lions.

"Let's get to Christmas," he remarks. "But to be involved in something like the Lions would be incredible."

Incredible. A word that comes up a lot with Felix Jones, his journey, and this Springbok team.


popular
"I was like, ‘My ear is hanging off my head. Can you not see that?!'"
QUIZ: How well do you know Manchester United players of the 2010s?
The SportsJOE 12 o'clock quiz | Day 307
QUIZ: Identify the missing sponsors from these football jerseys
QUIZ: Name all 50 of these 2000s Champions League players – #4
Cristiano Ronaldo sets rough retirement date
"Hang on lads, there is more to life outside of Dublin" - Connellan is a rebel with a cause
You may also like
2 months ago
Marcell Coetzee tells House of Rugby about his vow to Ulster
2 months ago
Visit Vodafone’s Pop-Up Shop at JOE with heaps of offers on smartphones, smartwatches and more
2 months ago
"If you don't have a seat at the table, you're probably the one being eaten"
2 months ago
Dan Leo joins House of Rugby Ireland to discuss his acclaimed Oceans Apart documentary
3 months ago
Caelan Doris backed for Lions despite England's expected Test XV domination
3 months ago
A player's perspective on the Monday morning after a big weekend defeat
Next Page