"It doesn't really bother us whether they have respect [for us] or not."

On Saturday, Ireland have a chance to finish the job they started so spectacularly well in the United States. 111 years waiting for a win. By the time Saturday comes around it will be 14 days. Zebo is impatient to get back at them. He said:

"We put in a good performance the last day, we all know New Zealand are going to perform a hell of a lot better. We've to be ready for a bit of a backlash, but playing in front of our home fans, family and friends is going to bring the best out of us."

Zebo added, "We know how good they are and how good they can be but, at the end of the day, it's just 15 of them playing 15 of us and we just have to do our best to match the intensity they bring and even go past it and attack them for 80 minutes like we did the last day, and I'm sure we'll be alright."

The Munster winger swatted away Steve Hansen's suggestions that his New Zealand side go into the game as "underdogs". He replies, "I think he's just being modest." 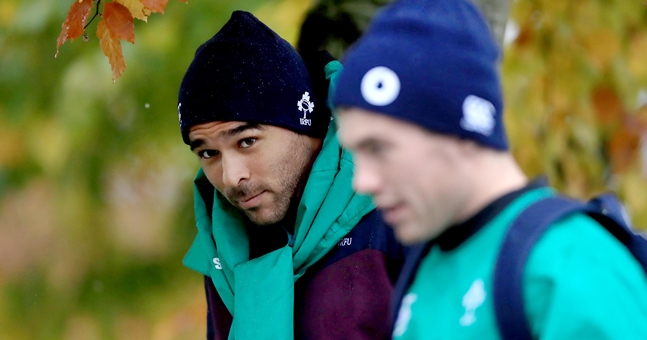 One question lights Zebo's eyes. It is about Ireland going out and proving Chicago is the new standard; not a fluke. He comments:

"We're not happy just settling on it and saying, 'It was 111 years, we got the win, we can go out and get hockeyed this weekend.' That's not it.

"We want to get better, we want to prove to ourselves as a squad that it's through us playing well that we'll make the All Blacks look human. We'll try to get better and try to improve on a few areas where we can and hopefully attack them and try to score some more points."

END_OF_DOCUMENT_TOKEN_TO_BE_REPLACED

Asked if the 40-29 win had finally won Ireland the respect of the Kiwis, Zebo insists he is not bothered. His teammates are not bothered. He did not look bothered.

He was unflinchingly honest when asked about his spectacular aerial take in the second-half of that famous Irish win. He saw replacement outhalf Aaron Cruden in the back-field and fancied himself to make a big play.

"I was in Chicago so there was probably something in the air with Air Jordan" - @SimonZebo on THAT airborne take against @AllBlacks pic.twitter.com/4zJb0R3ncB

As the interview wraps up, Zebo is asked if there is any possible way Ireland can up their game against a side that ready for revenge. He declares:

"People are saying we played out of our skins and scored five tries, which is true, but they scored four tries and turned it on for about 15 minutes and looked like they could walk through us.

"We have to realise that they are going to get a purple match, but maybe not concede as many scores as we did in the last outing. Be a little more clinical, we maybe left one or two scores out there... Yeah, there's lots of areas to improve on.

"We just try and build on the performance and if we can go 5% better, I'm sure we'll be in with a shout."

With that, he is done. He thanks us all and spins on his heels.