Ever since former Taoiseach Charles J. Haughey showed up at the Champs Elysses to hog some limelight of Stephen Roche's Tour de France win, back in 1986, Irish politicians have been clamping on to sporting success like good-o.

Sports Minister Shane Ross is the latest to get his adorable mug in on the action, celebrations and photos.

Minister Ross has trumped Taoiseach Leo Varadkar's use of the Ivory Coast flag emoji - sent in support of the Irish rugby team on St Patrick's Day - with a social media gaffe of his own. 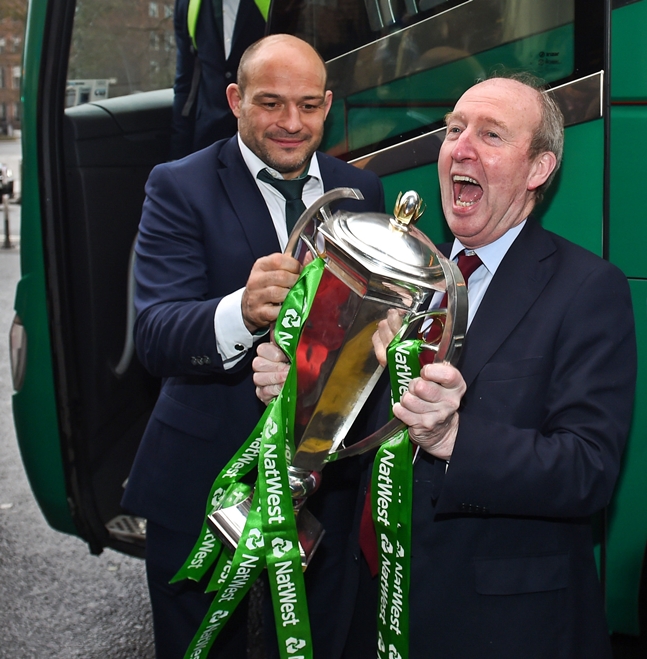 No, not this [although Rory Best is probably wondering who he is].

Ross was at the Shelbourne Hotel to welcome back Ireland's Grand Slam heroes for a smaller than planned homecoming party. The Aviva Stadium celebrations were cancelled due to heavy snowfall so Joe Schmidt and his players decamped to the plush city centre hotel to carry on the fun after last night's London revelry.

Amid all the glad-handing and congratulating, Ross managed to get out a tweet with Johnny Sexton and Rob Kearney. The only problem is, he mistook 86-times capped, double Grand Slam winner Rob with his younger brother Dave. Ross tweeted:

Needless to say, our Minister for Sport has received a stream of responses correcting him on his faux pas.

The best of all came from Rob Kearney himself:

The Kearney brothers may have an excellent tribute Twitter account but it can't be that hard to tell them apart. 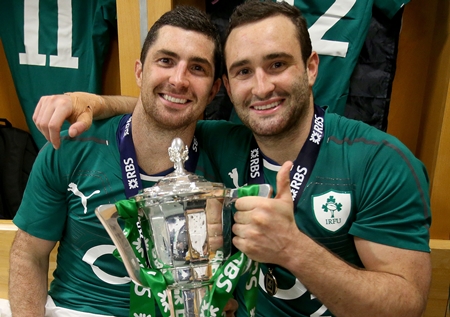