'When I arrived, I got the shock of my life. Paulie was completely white and had shrunk'

Paul O'Connell, Fergus McFadden, a huge magnum of champagne, a $5,000 bar tab and 25 lads from Tullow out on the tear.

As blow-outs go, this was pretty epic. Paul O'Connell and Fergus McFadden set the tempo but they soon had back-up.

Hip surgery cost Sean O'Brien his opportunity to play at his third World Cup for Ireland and he could do nothing but watch the TV and urge his friends on as they fell at the quarter final stages again.

Heading into the game against New Zealand, O'Brien had been confident that Ireland could beat the reigning world champions for the third time in three years. It was not to be, however, as the All Blacks played a near perfect game and Ireland played anything but.

The players returned into Dublin Airport on Tuesday night and some will be seen in Guinness PRO14 action over the coming weeks. Before the Ireland squad departed Japan, though, you can be sure that there was a blow-out night to mark the end of a four-year cycle that had plenty of highs to accompany some of the recent lows.

O'Brien joined Barry Murphy, Andrew Trimble and Jerry Flannery in Limerick for a live recording of Baz & Andrew's House of Rugby, and recalled a similar day (rolling into night) out, with Paul O'Connell, in 2011 after Ireland exited the World Cup. 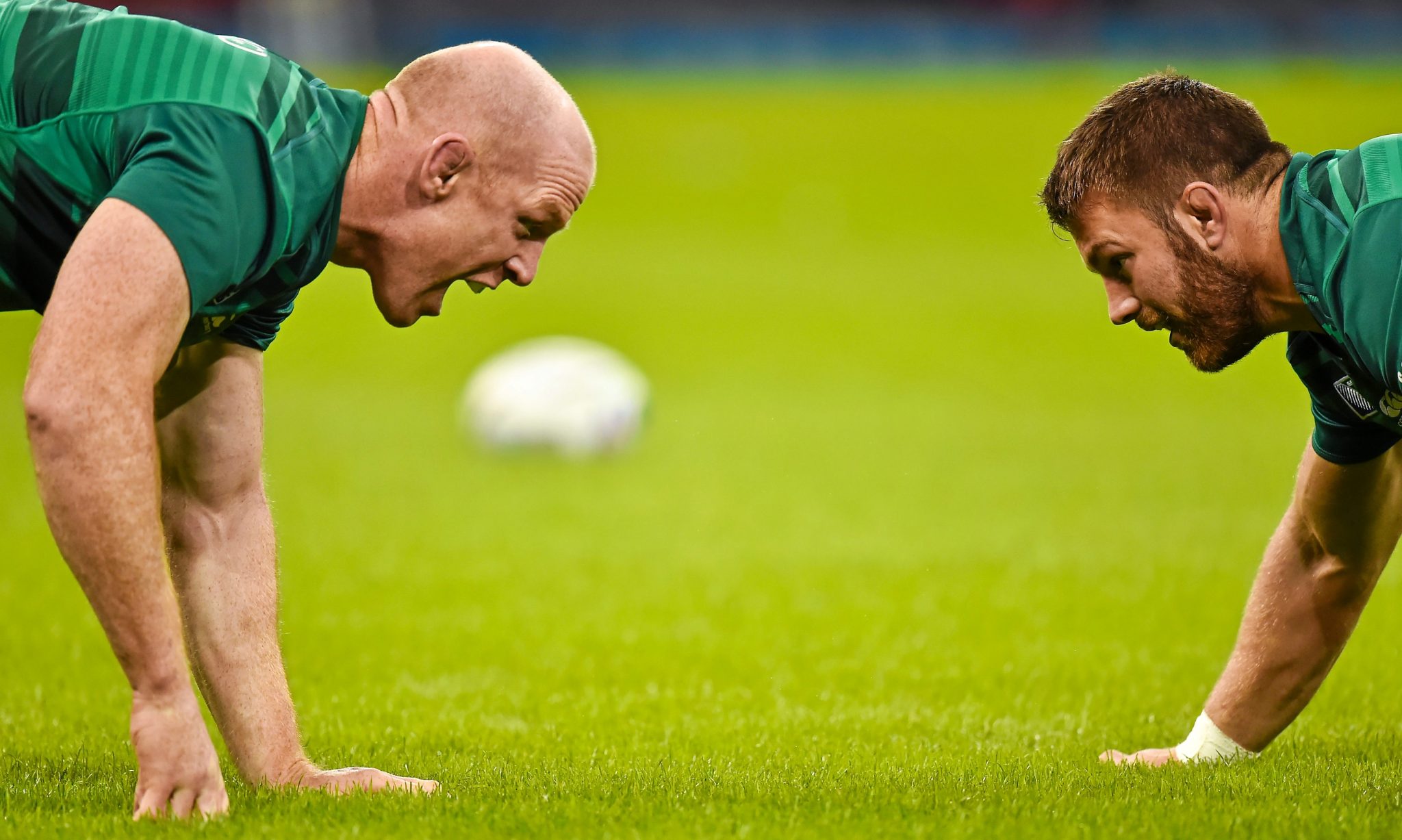 Ireland had looked well set to reach the last four of the 2011 World Cup when they topped their pool - thanks mainly to a superb 15-6 win over Australia at Eden Park - but it was not to be. They were favourites to beat Wales in the quarter finals but got off to a slow start and were eliminated.

END_OF_DOCUMENT_TOKEN_TO_BE_REPLACED

Following that exit, Sean O'Brien recalls an epic session that took place in Wellington the day after the game.

"That was a great tour and a great World Cup," says O'Brien. "Obviously we took Australia before that and we had some great experiences over there.

"After that Wales loss, it was some of the best craic I ever had in my life. I remember the second night [in New Zealand], I had come down [to the lobby] and Rala O'Reilly had sunglasses on and he was taped into a chair and couldn't move. No-one was allowed to move him.

"But we went out that night [after the Wales defeat] and we were out the next morning. I texted Paulie O'Connell and asked, 'Where are you?' He comes back with 'D4 bar Me and Ferg [McFadden] are here'.

"'On the way, grand. So I walk into the bar, and this was after two days of drinking. Paulie was sitting there with Ferg and the had a massive bottle of champagne on the table. The two of them were like best buds, having the craic and high-fiving each other.

"But when I arrived in, I got the shock of my life. Paulie was like Casper the Ghost. He was completely white and had shrunk. I think he'd lost about two stone in two days. We nicknamed him 'The Corpse' for the rest of the day." 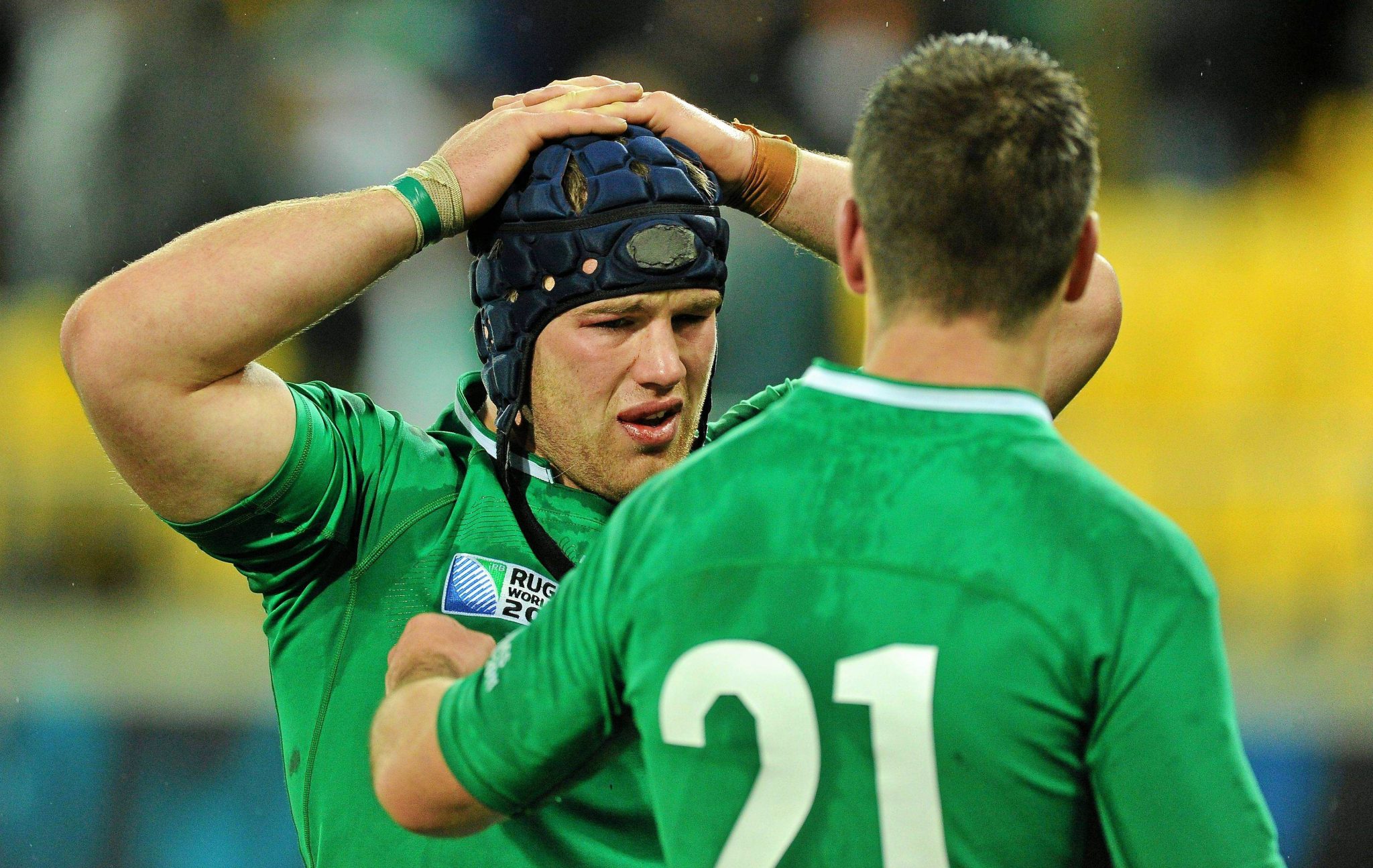 The session went on all day at D4 bar, which was close to the hotel the Irish squad were staying in, and the bar was soon packed.

"I got there at around 9am and the owner came out and he gave us a card. There was a load of money on it. I think there must have been four or five grand on it. He said, 'Use that'.

"The whole team was in by that stage but what he didn't know was - and hopefully he won't be looking at this - I invited all of my friends from Tullow. So there were about 25 lads drinking with us, free beer the whole day and they thought this was the best thing ever."

O'Brien makes no bones about it, he was absolutely gutted to have fallen short in 2011 and he describes the 2015 quarter final exit, and the week preceding it, as 'the most difficult time of my career'.

However, when players know they have left it all out on the field, and both trained as played as hard as they could, they are entitled to a night out (or two) before coming home to face the music and return to club duty.

WATCH THAT 'HOUSE OF RUGBY LIVE IN LIMERICK' WITH SEAN O'BRIEN HERE:

The latest episodes sees Andrew Trimble and Jerry Flannery look back on Ireland's World Cup exit to New Zealand and Sean O'Brien join the lads in Limerick to recall a class tale about himself and Paul O'Connell in 2011.


popular
The SportsJOE 12 o'clock quiz | Day 104
James Haskell on text exchange with Peter O'Mahony after Ireland's victory over Scotland
"Shane was just gifted. He could play centre back, centre forward, he had everything"
The SportsJOE 12 o'clock quiz | Day 103
"The academy boys have turned into small monsters over the past few weeks" - Peter O'Mahony
SportsJOE 2000s Football Quiz | Round 8
Can you name the first clubs these players went to after leaving Celtic?
You may also like
4 days ago
"Having one of the best in the world to emulate has been really good"
5 days ago
QUIZ: How well do you know Paul McGrath's football career?
6 days ago
"I'm so proud of the opportunities Ireland gave me and of the woman I am today" - Linda Djougang
6 days ago
"As a team, we’re ready to take a trophy home now" - Craig Casey
1 week ago
The brutal training drill every rugby pro has to get through this week
2 weeks ago
Baz & Andrew's House of Rugby - Dave Kilcoyne on his big Munster break
Next Page