"It's a bit daunting and scary, and very much out of my comfort zone."

The past few months have been strange for Sean O'Brien. He is still contracted up with the IRFU until the end of the World Cup [early November] so has been rehabbing his hip [post surgery] at his stomping ground - Leinster Rugby.

Back in May, O'Brien lifted the Guinness PRO14 trophy in front of a dais packed with the Leinster teammates he would soon be leaving behind. The idea was to leave them behind by going to Japan with Ireland before starting life in England at London Irish. 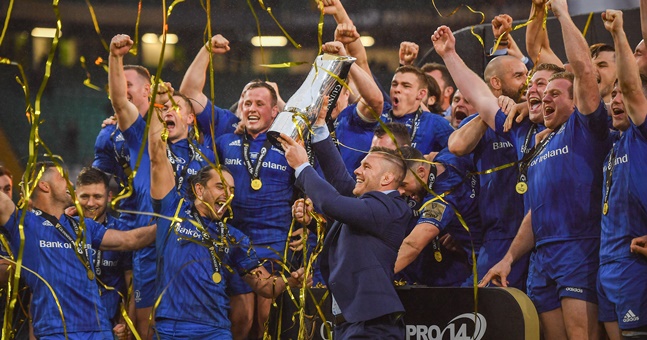 Hip surgery put paid to his World Cup hopes but O'Brien, for the first time in about two years, is pain free. That is a huge plus. There were times, after Leinster and Ireland matches, when he could not get out of bed for hours after waking up. He'd need help getting his trainers on and there was no point in bending to try and pick something up. It wasn't happening.

This World Cup was supposed to feature Sean O'Brien at his peak. Experienced, at 32, but still packing a punch and causing no end of trouble for the opposition.

Instead, there he was at the Leinster gym at Rosemount in UCD, working away on his rehab before heading off. The gym would get busy around lunchtime and early afternoon and he'd be away.

There were fears that O'Brien may never play again, but the Carlow native is looking forward to getting over to London permanently - he has been back and forth so far - from November onwards and starting pre-season number 14.

O'Brien joined Barry Murphy, Andrew Trimble and Jerry Flannery in Limerick for a live recording of Baz & Andrew's House of Rugby, and set out his Ireland and Lions hopes over the next two seasons.

Sean O'Brien went off early in the second half of a 2017 win over South Africa, at the Aviva Stadium. He was back in Carton House on the Sunday, the day after, and felt a stinging pain in his hip. A month later, he met a specialist and was told he would effectively need a new hip if he was to keep playing.

He was 'playing on one leg' from that November up until the end of the 2018/19 season. His body could last only until the Champions Cup final against Saracens but he played no part in the PRO14 semi and final. He knew he had pushed his body as far as he could and he was booked in to see the surgeon. 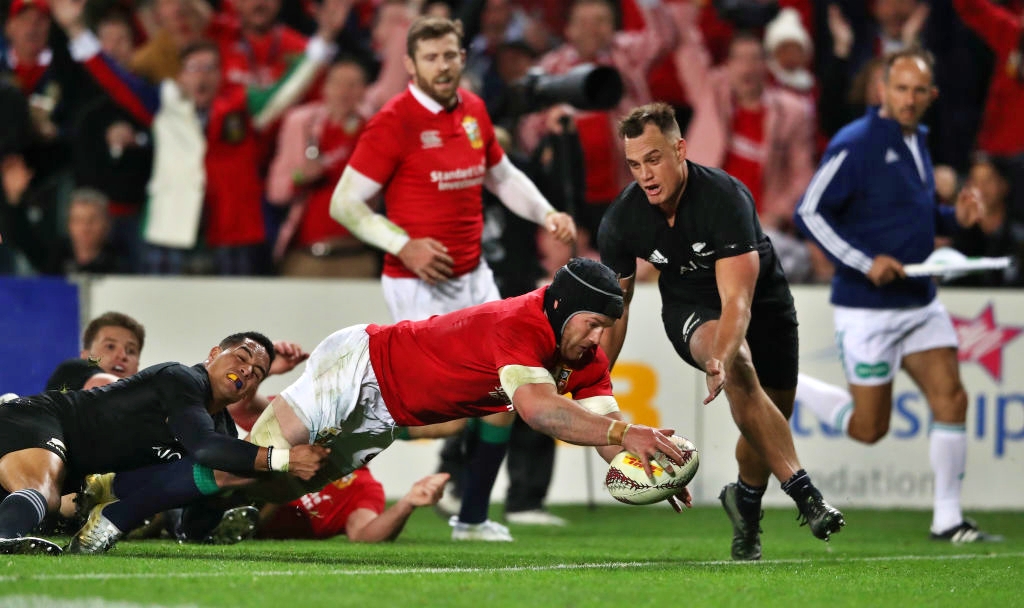 "It actually might be as far out as March," says O'Brien of his playing return. "When I get over to London Irish, I have to start into their pre-season block and I've to hit a lot of targets with them to make sure I get back.

"Then I'd have to have about six weeks with them out on the field and see if I can actually play again and get knocked about, and so on. I'm kind of thinking Paddy's Day might be a good one!"

O'Brien is still hopeful that he may have enough playing credit in the bank with the IRFU to still be considered for the Irish team even though he will be playing outside of the country.

"It's definitely something I thought about when I was signing for London Irish and that is why I definitely didn't say I was finishing with international rugby at any stage. So if I get back playing and if circumstances change within the union, or whatever... there's no official, written rule there, as of such.

"Yeah, I'd obviously love to play again with Ireland, if I get back playing again. Yeah, Ireland and probably another Lions tour is what I have on the periphery."

O'Brien made some headlines, a month after returning from the Lions tour, when he claimed the touring side could have beaten the All Blacks 3-0 in the Test series with better planning.

"I just thought," he reasons, "with the squad we had on that tour, and the management as well... I know it's a tough job getting that all together, but to have that amount of time to plan everything, it should run like clock-work.

"I just think it was a massive opportunity missed, and that's why I said what I said.

"In this day and age, should we be over-trained in the first week of a Test match? And I know players drive everything, but I think there was a bit too much messing and yappy things going on in the background. Maybe me being a bit honest is going a bit far sometimes, but that's just my mind-set, I suppose."

O'Brien recalls Lions teammates 'still having beers' two days after the Lions had levelled the series against New Zealand, before the decider in Auckland. "I was like, 'What do I do here? Do I join them or do I go get ready for a Test match?' I went on to bed... and then we were playing catch-up the rest of the week."

That final Test ended up as a draw and the series, too, ended in a draw. It would be an achievement for most, but not for Sean O'Brien.

"Wouldn't it be unbelievable to come home and say, 'We've beaten New Zealand in their own back yard, on a Lions tour'?"

Unfinished business for Ireland, and for the Lions.

WATCH THAT 'HOUSE OF RUGBY LIVE IN LIMERICK' WITH SEAN O'BRIEN HERE:

popular
QUIZ: Can you name all 24 champions of the English football league?
QUIZ: Name the countries these World Cup footballers play for
The SportsJOE 12 o'clock quiz | Day 77
You'll need to be on top form to get 20/20 in this 1980s footballers quiz
SportsJOE 2000s Football Quiz | Round 4
One of the UFC's most hyped prospects admits to copying Conor McGregor
Report: What Conor McGregor's new UFC contract is worth per fight
You may also like
4 days ago
Tadhg Beirne raring to go again after gruelling double injury rehab
6 days ago
"Paulie was like Casper the Ghost... he had lost about two stone in the two days"
1 week ago
You'll be hard pushed to get full marks in this Serie A quiz
1 week ago
Nigel Owens on how the O'Driscoll and O'Connell captaincy dynamic worked
1 week ago
Tadhg Beirne on the Wayne Pivac request that helped change his career
1 week ago
Baz & Andrew's House of Rugby - Tadhg Beirne and John Cooney
Next Page