'I think Sean's one of us. He's not like them Leinster lads'

In his early days at Leinster, and in his first few involvements with the Ireland team, Paul O'Connell was keeping a close eye on Sean O'Brien. He reckoned he would make a fine Munster player.

During a House of Rugby show, down in Limerick, late last year, former Munster and Ireland hooker Jerry Flannery spoke about rooming with O'Brien during Ireland's 2009 Churchill Cup tour to North America.

"We were trying to sign him for Munster all the time," said Flannery.

"I remember myself and Tomás O'Leary were sent out to the Churchill Cup after we were injured and missed the Lions tour. We were sent out with all the 'muppets', over to Colorado, and Sean was one of the muppets.

"And O'Connell had said to me, 'This O'Brien fella, man, I think he's one of us. He's not like them Leinster lads'.

O'Brien injured his knee on that summer tour but it did not stop him from winning his first senior cap in November 2009. It was clear to all, at that stage, that the Carlow native would go on to be a star for his country.

His province, Leinster, soon offered him an improved contract and there would be no move to Munster. In truth, O'Brien may have never truly known how highly coveted his was by the likes of O'Connell, Flannery & Co. 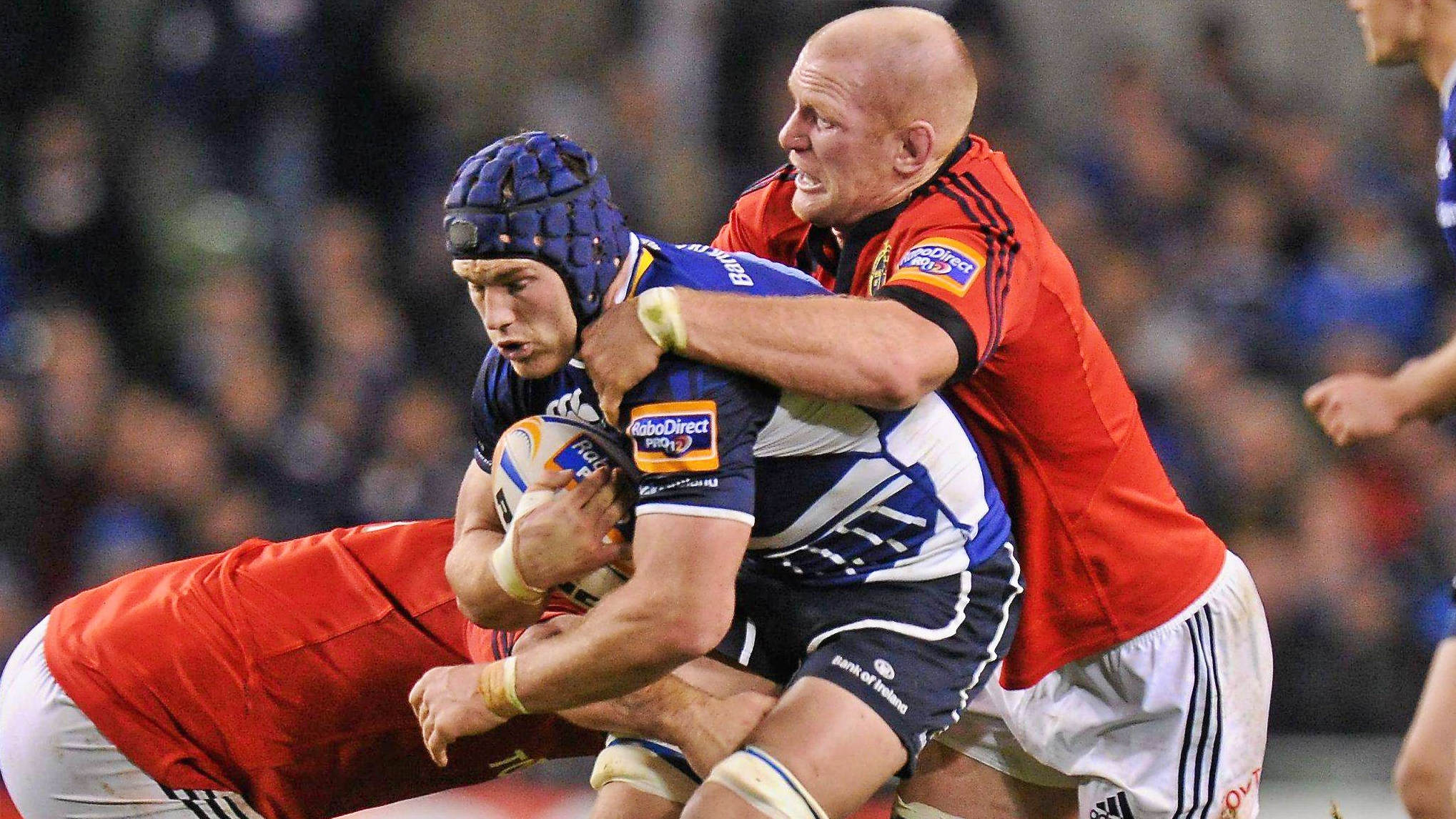 Sean O'Brien gets tackled by Wian Du Preez and Paul O'Connell during a Celtic League clash in 2011. (Pat Murphy/SPORTSFILE)

One player who was well aware of Munster's interest in him is now in his sixth season with the southern province. Andrew Conway recalled the first occasion Munster tried to lure him away from his home province of Leinster. He told House of Rugby:

"I nearly went to Munster straight out of school [Blackrock College] for whatever reason. I was a bit of a Munster fan growing up. For some of their European games, when I was still in sixth year, myself and my dad went down to Limerick for them.

"We went down to Limerick for a bit of a look around the campus and then went into one of the last [league] games of the season. Munster, in all their wisdom, brought me into the box where all the academy lads were having their end of year night out.

"So I walked in with my dad. A 17-year-old coming down from Dublin and the lads were all on the lash, and did not make me feel welcome at all! Obviously, I know most of the lads now but it was just like, 'Who's yer man and what's he doing here?' It was not necessarily, back then, the most welcoming, per se. Felix [Jones] had obviously just done it but they didn't like the Dublin or Leinster lads coming down.

"Driving back, I was like, 'Right, I don't think I'll do that!'. I stayed at Leinster for the first few years of academy and three years with the senior team. It wasn't necessarily going bad [at Leinster] but I was 21 when I decided to move but I just had a gut feeling when the Munster option came up." 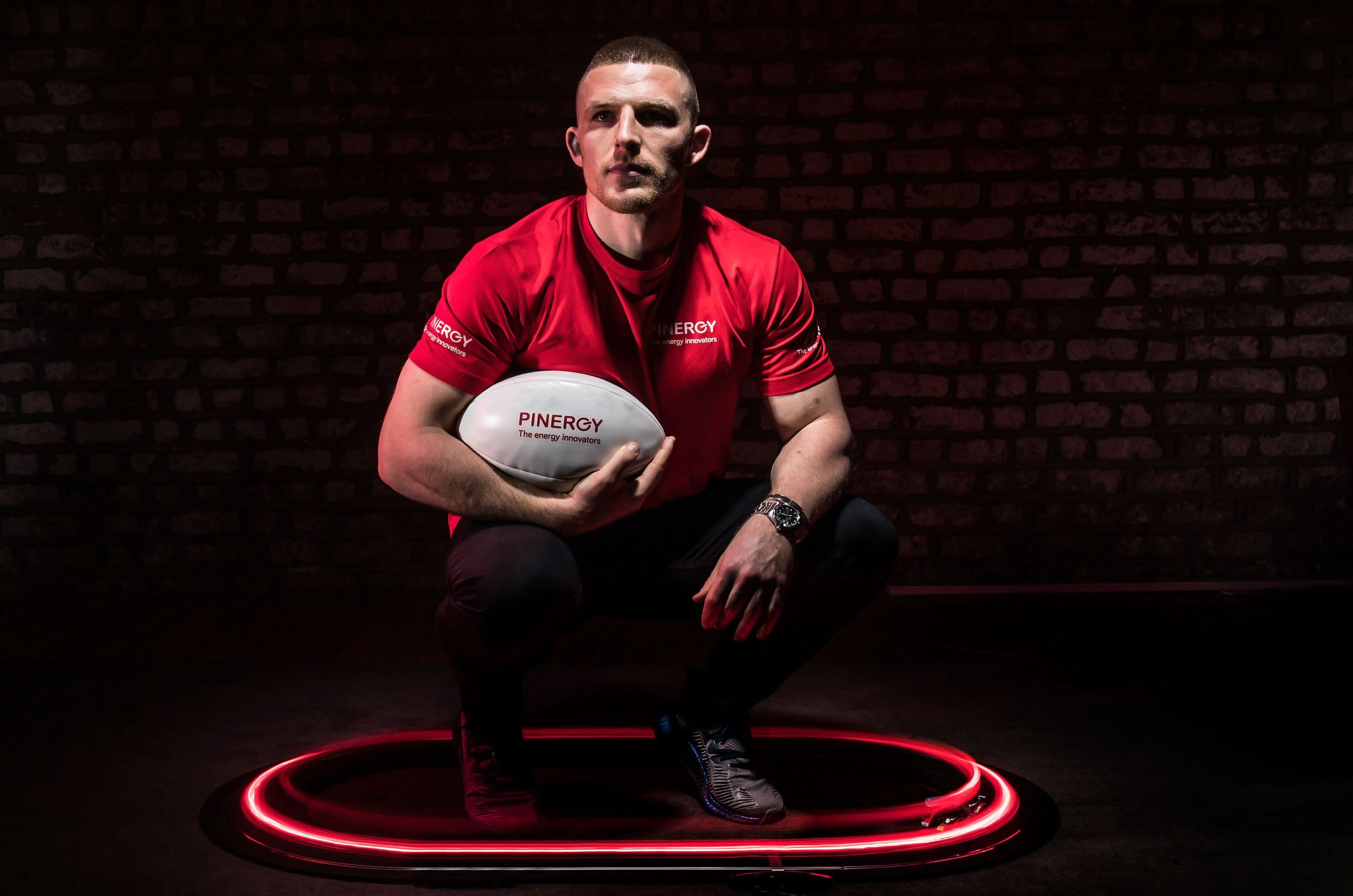 Andrew Conway at the launch of Pinergy’s ‘Free Friday’ promotion which gives residential customers the opportunity to enjoy free electric vehicle charging every Friday throughout 2020 allowing users to start the weekend with a full charge. (INPHO/Dan Sheridan)

Perhaps it was Andrew Conway's Dublin twang, as opposed to Sean O'Brien's Carlow accent, that saw the Munster academy players give him a hard time when he entered that box.

As it all played out, O'Brien went on to do great deeds for Leinster while Conway switched provinces and, after a tough first season in Limerick, took off and never looked back.


popular
Jurgen Klopp reacted like everyone else to Darwin Nunez headbutt red card
Jamie Carragher on the two Man United players Erik ten Hag can't trust
"I went up to the Italians and gave them a big auld shoulder" - Paul O'Donovan does it again
Carragher and Neville brutally name Man United's biggest transfer flops since 2013
Man United have 'decided to sell' promising midfielder James Garner
Wexford Under-20 lights it up as Ferns win their first ever county title
Graeme Souness under fire for calling football a ‘man’s game' while sat with Karen Carney
You may also like
1 month ago
Join our ultimate sports quiz in Dublin for a chance to WIN a trip to a Premier League game
4 months ago
Join Munster legend Billy Holland for this free mortgage masterclass
6 months ago
[CLOSED] COMPETITION: WIN a two-night stay at the luxury Trident Hotel in Kinsale Harbour
8 months ago
Here's where you can find some incredible deals on exercise machines in 2022
8 months ago
WATCH: This clip shows just how amazing amateur clubs in Ireland really are
8 months ago
Pieta and Shane Carthy encourage people to take part in #HopeOverSilence this Christmas
Next Page