The interview ends on a 'No' but a big grin. Andrew Conway succeeds in making a couple of us feel old.

Next month will be the 20th anniversary of Brian O'Driscoll's hat-trick of tries against France, in Paris. Andrew Conway was only eight at the time but does he remember the match, or anything from it?

END_OF_DOCUMENT_TOKEN_TO_BE_REPLACED

"Okay, thanks very much Andrew!"

As droll as he is quick, Andrew Trimble responds well and wraps it up. Winger to winger - one retired and one at his peak - they have just enjoyed an enjoyable and revealing 15 minutes in a lavish, high-ceilinged quarters known as 'The Ballroom'. Conway will link back up with his Irish teammates later in the day before they de-camp to Cork for two days of training and planning for the English at Twickenham. After that, a couple of days off to decompress.

Today, resplendent in red, Conway is helping to promote Pinergy's 'Free Friday' promotion and doing so by being engaging and forthcoming with the many media outlets that come his way. Fresh off the back of a try-scoring appearance [his ninth in 19 Tests] against Wales, the Munster winger is in fine form and even in the mood for jousting with journalists about narratives and bombastic headlines regarding John Cooney and Conor Murray.

It is just after midday when Conway sits down for a chat with Trimble. Both men faced off during inter-pro games for a few seasons but were only ever in Ireland camp together on a handful of occasions. Despite being an established back three players for eight seasons, Conway only made his Ireland debut at 25.

END_OF_DOCUMENT_TOKEN_TO_BE_REPLACED

During their wide-ranging chat, Conway jokes about how he requested the round of media interviews after Ireland's win. "I don't want to be coming in, on a Monday morning, after a defeat and speaking a load of old rope!"

In truth, he was already lined up for the interview in advance of Ireland's 24-14 win over the Welsh but it his, and Ireland's, form helps the day glide along nicely. "We have to remain somewhere in the middle, as you know," he says. "You don't want to get up too much after a good win or down on yourself after what was a good win [over Scotland] in the first game but one that didn't seem to tick everyone's box."

Conway is now in his sixth season with Munster and Trimble wanted to get to the nugget of why he swapped a promising position at Leinster - he scored a hat-trick against Ospreys in the league-winning season of 2012/13 - to head south. 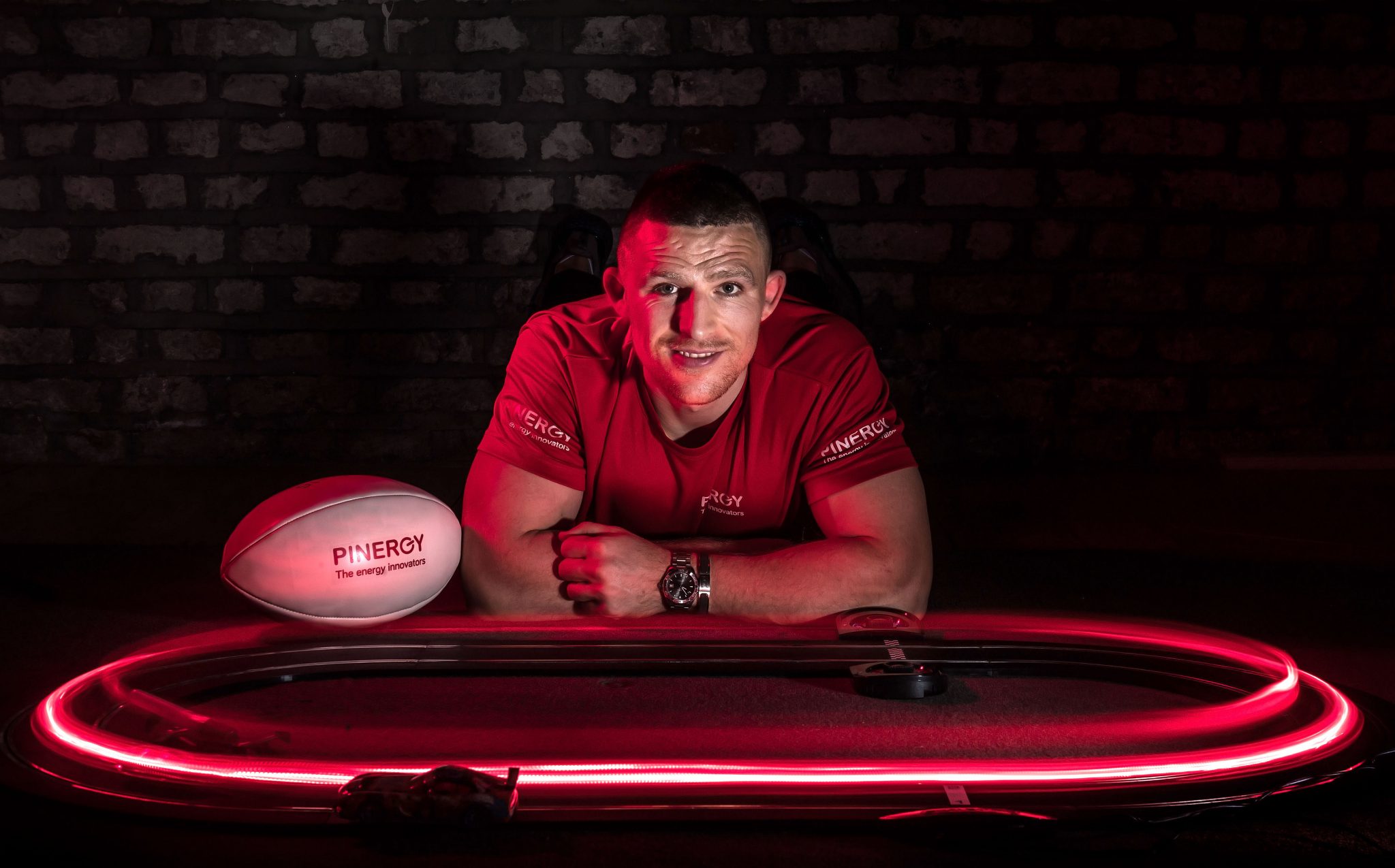 Andrew Conway at the launch of Pinergy’s ‘Free Friday’ promotion which gives residential customers the opportunity to enjoy free electric vehicle charging every Friday throughout 2020 allowing users to start the weekend with a full charge. (Picture: INPHO/Dan Sheridan)

END_OF_DOCUMENT_TOKEN_TO_BE_REPLACED

Conway says he almost joined Munster when he was coming out of school at Blackrock College. He has fond memories of attending some big European games involving Munster with his father and the occasions obviously planted a seed.

Conway and his father toured the Munster facilities when he was a sixth year student and a top rugby prospect. He ultimately ended up going closer to home with Leinster and made his senior debut in February 2010.

Within two and a half years, though, he was fancying a chance of scenery. He was mulling a switch to Munster but Leinster legend Isa Nacewa attempted to intervene. 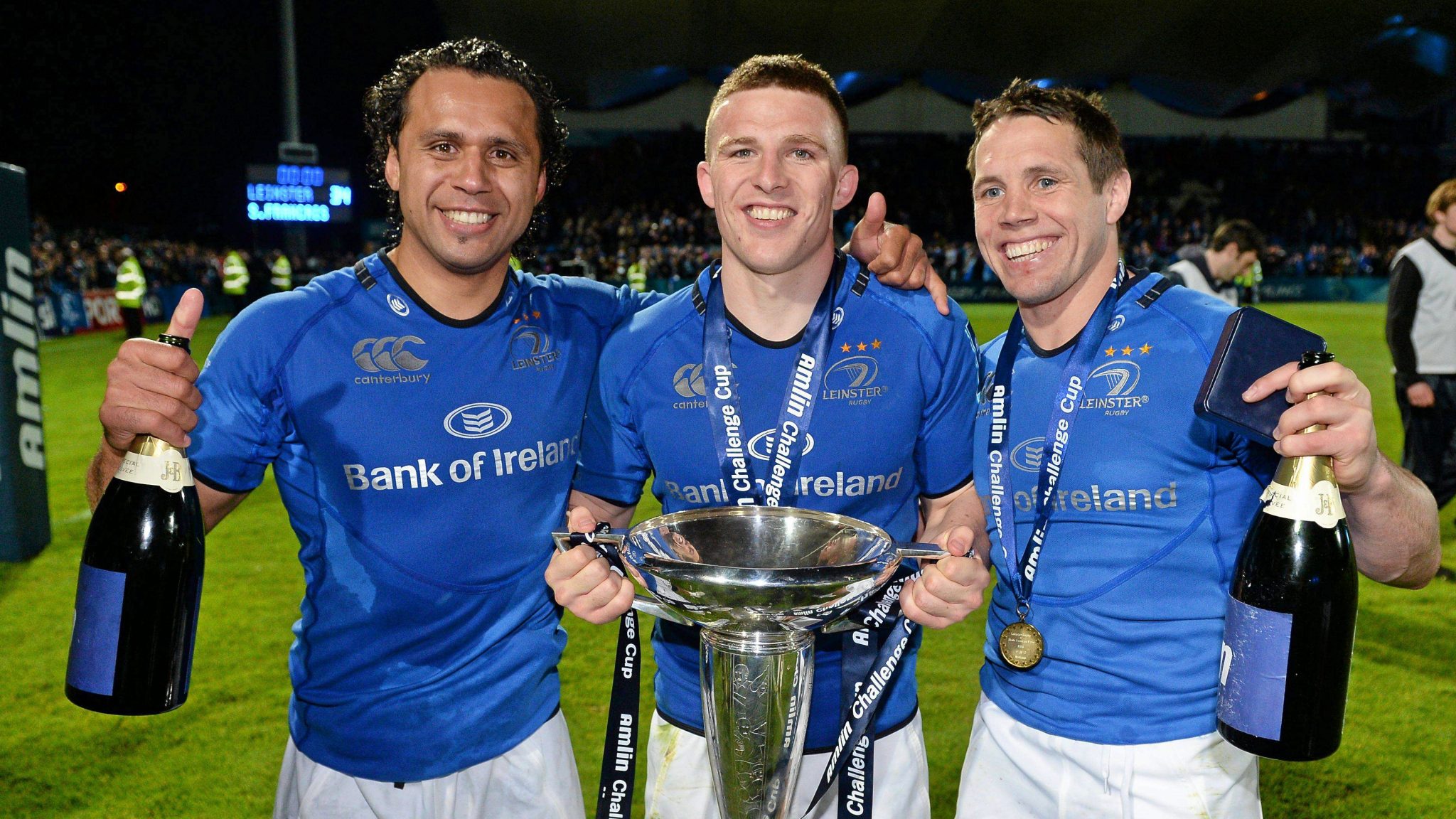 Conway was 21 when he decided to move and, sure enough, the 'Munster option came up'.

"I had a gut feeling to go," he says. "Isa even called me to one side and, I believe, he said, 'Look, I'm retiring at the end of the year'. This was his first retirement. Isa said, 'I'm retiring so there's going to be more opportunities'.

"I said to him, 'It's not about that. I'm just going with my gut here and I feel it's the right thing to do'.

"It wasn't an immediate success. My first year was a very tough one. I had a couple of injuries and not a lot of opportunities. Even looking back now, I was naive to the fact that if that hadn't went well over the first year or two, I would have been 22, 23 and there would be home-grown guys coming up in my position. I could have been out the door very quickly'."

Luckily, Conway notes, his second season at Munster 'went pretty well' and business picked up from there. He has now scored 42 tries in 124 Munster appearances and has a host of fantastic scores that lit up big games for the provinces.

"It was an interesting move," Conway concedes, "and, on paper, it probably didn't make much sense but, for me, I felt it was the right thing to do."

The road less travelled, certainly, but one that has led to him being taken as one of Munster's own and, in time, into the national team.


popular
Jurgen Klopp reacted like everyone else to Darwin Nunez headbutt red card
Jamie Carragher on the two Man United players Erik ten Hag can't trust
"I went up to the Italians and gave them a big auld shoulder" - Paul O'Donovan does it again
Carragher and Neville brutally name Man United's biggest transfer flops since 2013
Man United have 'decided to sell' promising midfielder James Garner
Wexford Under-20 lights it up as Ferns win their first ever county title
Graeme Souness under fire for calling football a ‘man’s game' while sat with Karen Carney
You may also like
2 weeks ago
“My confidence was on the deck" - Aaron Connolly explains why he has made the move to Italy
2 weeks ago
Every Irish transfer in football, this summer, as several big deals get done
3 weeks ago
Six Irish players make damn impressive 'World XV' that would take some beating
3 weeks ago
The frontrunners for Ireland's 33-man squad for the 2023 World Cup
3 weeks ago
All Blacks media manager explains why Ian Foster appearance was cancelled after Ireland defeat
3 weeks ago
Warren Gatland selects nine Irish players in his strongest Lions XV, right now
Next Page