RTE have added 17 sports documentaries to their RTE Player library.

The national broadcaster has produced some brilliant sports documentaries over the last few years with Micko, Anthony Foley: Munsterman and Blues Sisters all available to watch on demand on their player.

The full list can be seen below and are available to watch here.

Micko, the RTÉ documentary chronicling the life and career of legendary Kerry manager Mick O'Dwyer, earned rave reviews when it aired earlier this year as it depicted the man as a football romantic who's been hopelessly addicted to the game for 70 years.

The documentary portrayed his early years, his glory days with the Kerry senior football team as well as his time with Laois.

However, GAA Hour host Colm Parkinson, who played under O'Dwyer during his spell with The O'Moore County, took exception with the picture being painted of the Laois players. Offering an impassioned defence, he said on the GAA Hour:

"Micko is hurt by the way his management tenure ended with us and the picture that's been painted of Laois is not the reality.

"That period in Laois' football history is almost the greatest ever and for people to look at that period - one we're really proud of - and to think 'aww, they were only whippersnappers and they weren't committed.' That's bullshit - we were absolutely committed to Mick O'Dwyer." 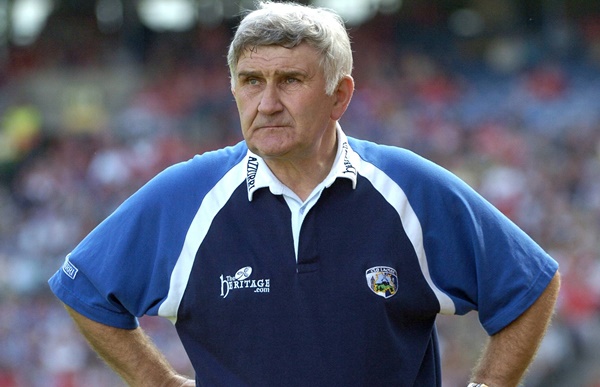 Continuing his staunch rebuttal of the perception of Laois players, Wooly pointed out how they adhered to his famously draining training sessions, doing a punishing amount of laps around the field.

"He'd send you for seven [laps], now they weren't full laps so you'd do a circle of the lap. You'd come back and he'd tell you a story, build your confidence up and everyone would be hanging on his word.

"Then he might tell you do four, then another eight, and another three. By the time it ended you'd be up around 35-40 laps. For the first two years, we did absolutely everything, won a Leinster title in his first year."

However, at the end of Micko's second year, things turned rather sour when the coach suddenly sprung a training session during the off-season.

"Micko decides to fix a training session for Saturday night at 7 o'clock. So, only 12, 14 maybe 16 people showed up because it was last-minute and the others had plans.

popular
The SportsJOE 12 o'clock quiz | Day 76
The SportsJOE 12 o'clock quiz | Day 75
SportsJOE 2000s Football Quiz | Round 4
Cristiano Ronaldo and Ronda Rousey among top 20 most charitable athletes in the world
Sadio Mane 'agreed terms with Real Madrid' before Zinedine Zidane's departure
Joe Rogan reveals the diet and training plan that keeps him so shredded
Dustin Johnson says cocaine was not the reason for his break from golf
You may also like
6 days ago
Tadhg Beirne on the Wayne Pivac request that helped change his career
1 week ago
Baz & Andrew's House of Rugby - Tadhg Beirne and John Cooney
2 weeks ago
How Munster could line out after confirmation of fourth major signing
1 month ago
Munster's James Cronin gets one-month ban for 'unintentional anti-doping violation'
1 month ago
"Am I going to be safe? Am I going to come home healthy?" - Munster doctor joins Covid fight
2 months ago
'Paul O'Connell re-arranged my living room furniture' - a rugby ref's tale
Next Page