Amiable words from the Irish captain.

It's a topic that is going to dominate the headlines for weeks to come.

The question surrounding who should be captain for the 2017 Lions tour is one that is constantly evolving as the potential candidates' suitability for the role changes with the wind.

One of the most obvious cases of this would have been the blatant reminder of Dylan Hartley's indiscipline.

His most recent indiscretion was his attempt to remove Sean O'Brien's head from his shoulders in a Champions Cup tie back in December.

The ugly reminder, you would think, should have put Hartley's candidacy for the role beyond doubt.

However, Lions head coach, Warren Gatland, refused to rule out Hartley's contention for the role during the fallout of the controversial incident.

Whatever the verdict this afternoon, Warren may yet stand by Hartley https://t.co/tyqaocY8DM

Rory Best, it would seem, is also in this camp. In an interview with Sky Sports that it is still possible for Hartley to lead the Lions to New Zealand in the summer.

"Dylan's not injured, so he has an opportunity to get a good block of training done without getting beaten up every week in a match situation," Best told Sky Sports.

END_OF_DOCUMENT_TOKEN_TO_BE_REPLACED

It seems that Best believes that the ban might benefit Hartley, in the sense that the Englishman will have plenty of training done without picking up the niggles associated of playing week in, week out.

Best continues by saying that Hartley's ban is unlikely to influence things as the latter rounds of the Six Nations, when a players' form could prove crucial, is so distant from the time where Hartley started his ban.

"So from that side of things, when you get to March and the shake-up in the Six Nations for the last two rounds of that, you'd be going a long way to say that his ban from December would be dictating events."

Bests' pragmatic approach here perfectly sums up why he would be an excellent candidate for the captaincy role, rugby aside.

He doesn't take the bait from the interviewer, he remains calm, composed and gives the dignified answer in relation to a potential future teammate.

These attributes are exactly what is needed in a Lions captain and they will undoubtedly be called upon when the Lions face three gruelling Tests against the world's best side. 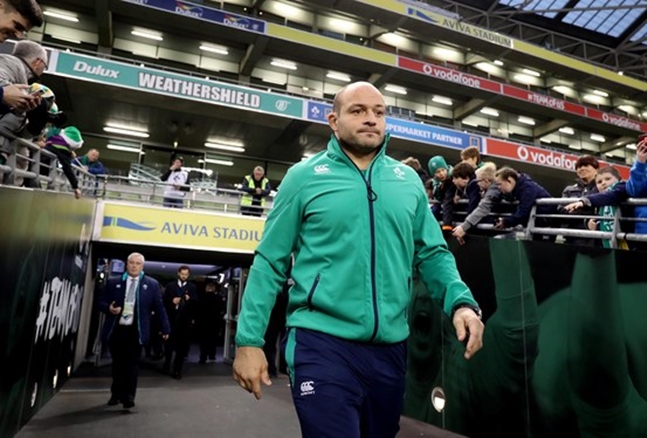 Hartley, as has been proven in the past, does not demonstrate these attributes on a regular basis and they are crucial to a successful captaincy.

For us, it is a straight shootout between Best and Alun Wyn Jones with the latter having recently been named captain for Wales for the Six Nations, at the expense of former Welsh and Lions captain, Sam Warburton.

A successful tournament for Jones and you may expect he will get the call.

Only time will tell.


popular
Jamie Carragher on the two Man United players Erik ten Hag can't trust
"I went up to the Italians and gave them a big auld shoulder" - Paul O'Donovan does it again
Wexford Under-20 lights it up as Ferns win their first ever county title
Man United have 'decided to sell' promising midfielder James Garner
Wexford, Waterford and Kilkenny down some good men as Australia calls
Carragher and Neville brutally name Man United's biggest transfer flops since 2013
Graeme Souness under fire for calling football a ‘man’s game' while sat with Karen Carney
You may also like
3 years ago
James Haskell's first Lions Tour encounter with Tadhg Furlong was certainly unforgettable
4 years ago
Garry Ringrose only needed two games to expose regrettable Warren Gatland decision
4 years ago
Warren Gatland reveals concerns about Fields of Athenry before Lions Tour
4 years ago
Ben Te'o was rightly livid after some sneaky jersey swapping on the Lions Tour
4 years ago
Two Ireland stars included in French outlet's Team of the Year
4 years ago
2017 ended the debate about Johnny Sexton being Ireland's greatest outhalf
Next Page