"I smashed into Cian Healy's knee."

Dylan Hartley won a clutch of trophies with England - most notably the 2016 Grand Slam - but silverware at the highest level of club rugby proved tougher to seize.

Two finals that the former England captain reached, and has regrets over, were the climaxes of the 2011 Heineken Cup and 2013 Premiership. Hartley's Northampton Saints squandered a big half-time lead against Leinster in the first, and he was sent off for calling referee Wayne Barnes a 'f***ing cheat' as they lost to Leicester.

END_OF_DOCUMENT_TOKEN_TO_BE_REPLACED

Although he won a Challenge Cup and 2014 Premiership title with Saints, those two finals will live with him, and his teammates, for a while yet. In a revealing interview with the Daily Mail, though Hartley has revealed there is a deeper reason to look back ruefully on that European Cup final defeat to Leinster.

The New Zealand-born rugby star told Nik Simon that he can remember nothing of that game's second half. Leinster trailed 22-6 at half-time in that match, but were rallied by the inspirational Johnny Sexton and lost 22-33. Hartley said:

"I smashed into Cian Healy's knee... and had a massive lump on my head. We went in at half-time with one hand on the trophy.

"Then I went into the toilets and this weird thing came over me. I just started crying; breaking down. That, along with the massive lump on my forehead, was a clear sign of a head knock. I played the second half and I can't remember it."

On the latest House of Rugby [LISTEN from 34:15 below], hosts Greg O'Shea, Lindsay Peat and Jason Hennessy discussed some of the latest injuries and concussions at the tackle area and breakdowns, and how rugby officials are trying to clamp down on long-held practices. 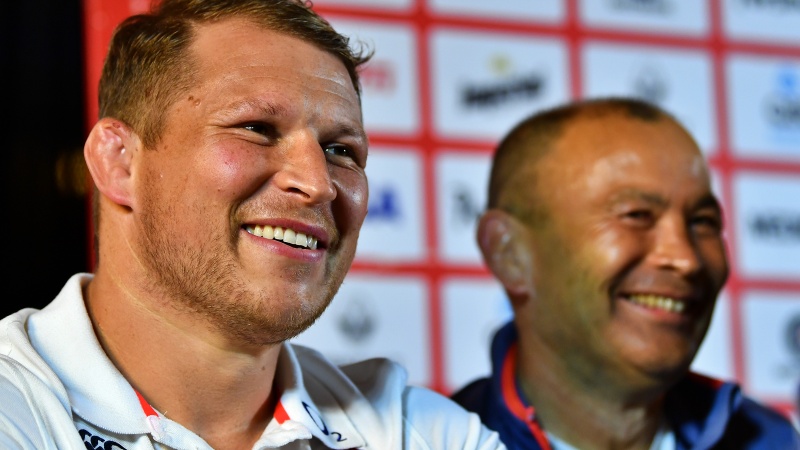 Dylan Hartley and England coach Eddie Jones share a joke during a press conference at the Patio Cervecero, in 2017. (Photo by Dan Mullan/Getty Images)
Advertisement

'We can't change the game too much' - Dylan Hartley

END_OF_DOCUMENT_TOKEN_TO_BE_REPLACED

For Dylan Hartley, he admits he gets dizzy spells, drops items and occasionally stutters, but he is determined to find what is best for his body and mind rather than spending 'all my time thinking I've got dementia at 36'.

Hartley turned down the opportunity to join a class action suit, brought by Steve Thompson, Alix Popham and other former rugby pros, against the rugby authorities, but he does feel many of his old teammates, and opponents, have had a raw deal.

"The day you finish [playing]," he declares, "you're like a piece of meat, and you're thrown in the bin."

Back in that 2011 final, against Leinster, Hartley had scored a try that made it 22-6 and looked to have Saints home and hosed. Johnny Sexton would score and convert two tries in the space of nine minutes to get Leinster right back into a game they would eventually win, for their second ever European Cup.

Five years later, Hartley was concussed in the Grand Slam decider against France, in Paris, during the 2016 World Cup. He went on to help England to victory and lift the trophy, at Stade de France, but later admitted he has no memory of that ceremony.


popular
Roy Keane handled Gary Neville’s goal celebration as most Irish fans would
Roy Keane cracks up ITV pundits with description of Senegal supporters
World Cup 2022 Day 15: All the major action and talking points
Mauricio Pochettino on Kylian Mbappe and rumours that he's 'difficult'
Ronaldo finally reveals why he got that hideous haircut
From Ireland to Argentina: Alexis Mac Allister's Irish roots explained
Tyson Fury and Derek Chisora eat Five Guys together after going to 'war'
You may also like
1 week ago
"Two Irish players are best in the world" - Rugby reacts to big Josh van der Flier and Terry Kennedy awards
2 weeks ago
Two baffling omissions as four Ireland stars make World Rugby 'Dream Team' of the Year
2 weeks ago
Josh van der Flier claims World Rugby Player of the Year at Monaco ceremony
2 weeks ago
"Highlight of my Ireland career" - Behind the scenes as Jack Crowley and Ross Byrne covered for a legend
2 weeks ago
Bundee Aki reminded us all of his best qualities, on a night Ireland couldn't do without him
2 weeks ago
Peter O'Mahony delivered some fitting Jack Crowley comments after surprise Test start
Next Page