Former Ireland fly-half Ronan O'Gara has said that he would stick with Robbie Henshaw at full-back for Ireland's trip to Murrayfield to play Scotland this weekend.

Henshaw struggled in his return from a hamstring injury and there have been calls for him to be moved from full-back with a host of alternatives available to Ireland head coach Joe Schmidt.

O'Gara said that Schmidt should stick with Henshaw for this weekend but acknowledged that there will be calls for Rob Kearney to move to full-back after he was dropped for the opener against England.

"How would I phrase that?"@RonanOGara10 has his say on whether Robbie Henshaw should remain at fullback next week.#VMTVRugby #GuinnessSixNations pic.twitter.com/oiIlKl8cAz

"I think we didn't see him in his best light, no doubt about it," O'Gara said on Virgin Media Sport.

"Had he played enough there? No, but I think once you've played him now you stick with him. It's so ruthless professional sport and at that level he got exposed in his positioning once or twice but then if you take him out what message does that send to him?

"Maybe he features in the centre, which he could easily do, but of course there'll be calls for Rob Kearney to come back, he's been Ireland's best full-back for 10 years.

"He consistently performs for Ireland, he just has to get his body right. He'll get himself a crack at probably training.

"I'm not in camp but it seems like from the outside looking in that he probably hasn't presented himself fit to train consistently enough to feature in Joe's thoughts but maybe now he has a reassessment of what happened on Saturday and he might say 'okay I want to base my team with Rob at 15'." 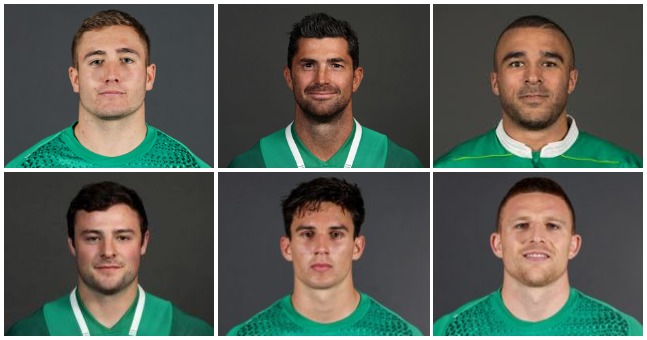 popular
SportsJOE 2000s Football Quiz | Round 12
Only a Champions League fanatic would get full marks in this quiz
The SportsJOE 12 o'clock quiz | Day 142
Rory McIlroy defends Dustin Johnson after Brooks Koepka comments
Collin Morikawa makes huge world rankings leap as Lowry drops back
Brooks Koepka puts PGA Championship leaders on notice with final round comments
Mickleson winds up Faldo as Dustin Johnson grabs PGA lead
You may also like
15 hours ago
QUIZ: Can you name every Irish goalscorer from the 2019/20 Premier League?
2 weeks ago
Ireland set for Six Nations decider in Paris on October 31
3 weeks ago
We challenge any rugby player to top Jack McGrath's lockdown hobby
3 weeks ago
James McClean opens up on sickening, Covid-related hate mail
4 weeks ago
When the President interrupted a Euro 88 pint between Charlton and Dunphy
4 weeks ago
How an uncultured Englishman conquered Ireland's sporting heart
Next Page