There's nothing embarrassing about an embarrassment of riches.

Ireland head coach Joe Schmidt dropped longtime full-back Rob Kearney from the national squad recently after a poor showing against the Scarlets for Leinster, and after years of sticking with the former Lions full-back with Ireland, he has now opened the door to a whole range of possibilities in selecting Robbie Henshaw against England.

Henshaw has played full-back before, and quite well in the position in the past for Connacht, but he struggled against the English with commentator and former Ulster and Leinster coach Matt Williams noting that he's seen 'milk turn quicker than Henshaw' did against Eddie Jones' side on Saturday.

END_OF_DOCUMENT_TOKEN_TO_BE_REPLACED

The analogy was sour, especially given Henshaw's relative lack of gametime both on the pitch since his return from a hamstring injury and at full-back, but Schmidt was happy with how he trained in the buildup to their Six Nations oepener and made the call, and for a guy that had lost just one game since the 2017 Six Nations before this weekend, who is to doubt him.

Full-back is supposed to be one of Schmidt's favourite positions on the pitch and his loyalty to Kearney has been fascinating given the 32-year-old's lack of tries in the position.

Kearney has not scored a try for Ireland in his last 21 games. His last score was against France at the 2015 Rugby World Cup.

However, over that span of 21 games in which he has played, Ireland have won 14 of those games, including nine of his last 10 matches.

END_OF_DOCUMENT_TOKEN_TO_BE_REPLACED

But when you look at other players in his position it's clear that different coaches see the game, or at least the position, differently.

International coaches are seemingly siding with these dynamic runners that can finish and cross the line while Schmidt has persisted with a player that hasn't been able to score yet offers a different set of skills that can still be conducive to winning rugby tests.

He elaborated on some of those skills after Ireland's Grand Slam win last year. 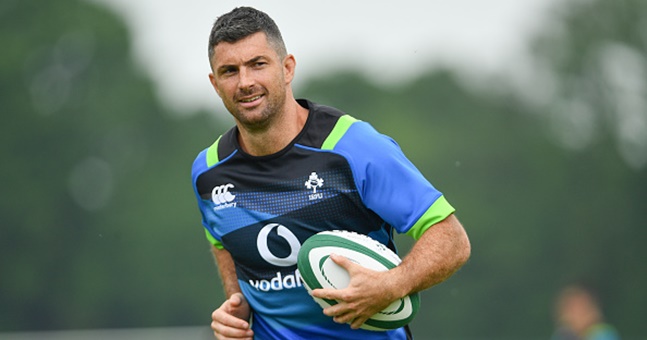 "I'm not sure what more people want from Rob Kearney - 140 running metres in possession (against Scotland). If he doesn't make that first try (against England), we don't get into the contest.

"I thought the (Johnny Sexton) kick was a little too far, that fellah Kearney isn't even going to get into that contest.

"He gets into it, where he doesn't even have a right to be there. Look, people will always have their opinions on selection.

"But we're just going to do as much work as we can to try to get the right people and the right combinations. Sometimes people might say, 'That guy isn't good enough'. But that guy is a catalyst for others around him.

"Sometimes that's part of it as well - you want to get people who are complimentary playing alongside each other so you get that ying and yang.

"I'd hate to think if we didn't have Rob on Saturday and had ended up with Kieran Marmion and young Jacob (Stockdale) on the wings...it gives you a bit of security in the back three.

"Rob, as represented by the four 6 Nations titles that he has, must have some idea of what he's doing."

Schmidt has guided Ireland to three Six Nations championships in the last five years and Kearney also started in both of Ireland's wins over the All Blacks, arguably his best games over the last few seasons, but at some point since the end of the November internationals Schmidt has changed his tune and strayed away from a player he's stuck with throughout his tenure as Ireland coach. Either that or he's simply experimenting ahead of this year's Rugby World Cup.

The question now is what does Schmidt do from here? Does he return to Kearney? Does he stay with Henshaw?

The fact that he started Henshaw against England, a player that has not played at full-back since his days at Connacht, gives an indication that Schmidt is willing to go back to the drawing board and experiment, and if this is to be the case this year, it creates some really interesting options for him.

The obvious alternatives to Kearney and Henshaw are Jordan Larmour and Andrew Conway, players that have at least played on a semi-regular basis in the position and elite level athletes capable of breaking opposition lines.

Here's how Larmour has fared this season for Leinster: 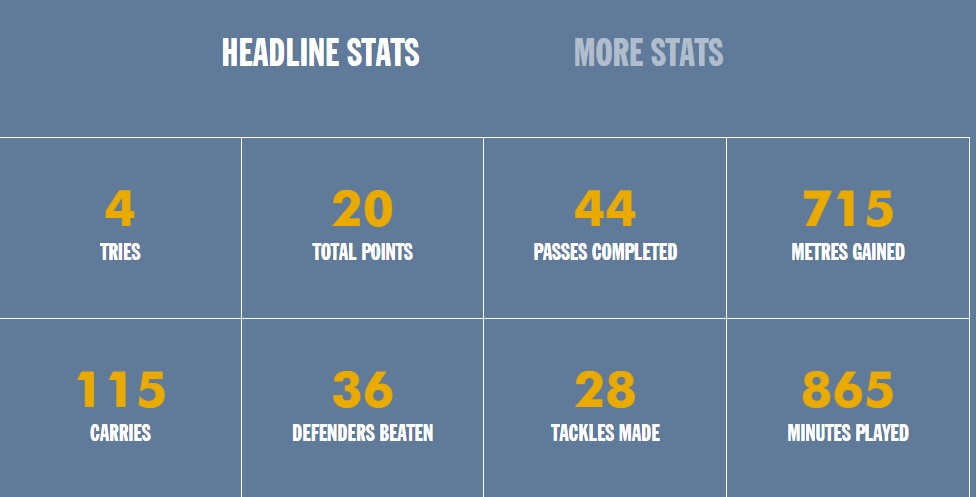 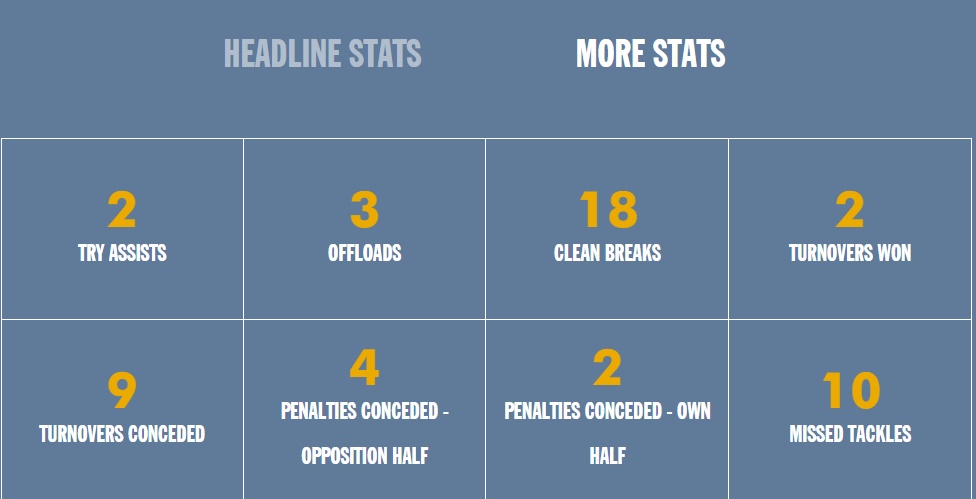 Here's how Conway has fared for Munster:

The numbers are quite similar:

The numbers don't paint the complete picture and can't account for factors like how either player fares under the high ball or how good they are at contesting kicks in attack, but it does give a pretty good indication of how they have fared this season with ball in hand.

If Schmidt does not revert back to Henshaw or Kearney against Scotland next weekend, Larmour or Conway would seem like the most logical alternatives given they have spent the entire season in the back three, but then there's also Joey Carbery who could provide a different dynamic and more creativity.

Carbery has spent the entire season playing as a fly-half with Munster, and he's done an impeccable job since his move to Limerick, but in his final season with Leinster he was used frequently as a full-back.

What was interesting was just how many passes he completed in comparison to former Munster full-back Simon Zebo when the two sides played in the opening round of the Champions Cup last season.

Against Montpellier, Carbery picked up 84 metres on the ground while Zebo ran for 78 metres in Castres.

Carbery had 15 carries compared to Zebo's 10.

Carbery beat one defender. Zebo went past two. They had one linebreak each.

But interestingly, Carbery completed 12 passes to Zebo's four, and Munster had more possession in their game with Castres than Leinster did in their win over Montpellier (49%:52%).

Both Carbery and Zebo scored tries but Carbery also notched an assist on Barry Daly's final score for Leinster.

It's an isolated example from one round but it does give you an idea of some of the differences between a player like Carbery at full-back and some of his alternatives in the position.

Carbery has thrived at full-back in the past and has trained there with Munster during the season at times and could give Ireland an extra layer in attack, particularly if you can split him and Sexton either side of the ruck, giving playmaking options on both the short and open side.

And then there's Zebo, arguably the best Irish player this season. Munster's record try scorer has been a revelation for Racing 92 scoring 12 tries so far for the Parisians.

His defection to the French capital ultimately ruled him out of any selection debate with Schmidt continuing to make it clear to Irish players that they will not be selected for the national team should they move overseas.

Zebo's career best form did not earn him a trip to Portugal for their pre-Six Nations camp nor selection in the matchday squad against England and it's hard to see that changing, even in light of the weekend's result.

Schmidt has so many options and so many different variables to consider. He may even consider switching Jacob Stockdale to full-back.

Each player offers a different set of skills and you can make arguments for each individual, but ultimately, full-back is now the one position that is very much open for competition in a team that is very much established.

A lot of options to consider.


popular
Jurgen Klopp reacted like everyone else to Darwin Nunez headbutt red card
Jamie Carragher on the two Man United players Erik ten Hag can't trust
"I went up to the Italians and gave them a big auld shoulder" - Paul O'Donovan does it again
Carragher and Neville brutally name Man United's biggest transfer flops since 2013
Man United have 'decided to sell' promising midfielder James Garner
Wexford Under-20 lights it up as Ferns win their first ever county title
Graeme Souness under fire for calling football a ‘man’s game' while sat with Karen Carney
You may also like
2 weeks ago
“My confidence was on the deck" - Aaron Connolly explains why he has made the move to Italy
2 weeks ago
Every Irish transfer in football, this summer, as several big deals get done
3 weeks ago
Six Irish players make damn impressive 'World XV' that would take some beating
3 weeks ago
The frontrunners for Ireland's 33-man squad for the 2023 World Cup
3 weeks ago
All Blacks media manager explains why Ian Foster appearance was cancelled after Ireland defeat
3 weeks ago
Warren Gatland selects nine Irish players in his strongest Lions XV, right now
Next Page