Springboks suspect Lions are 'throwing us some bait' with squad selections

"He might just be throwing us some bait, I’m not sure."

Warren Gatland lay some big, burly cards on the table, on May 6, when he selected Bundee Aki and Chris Harris as two of his three out-and-out centres.

Robbie Henshaw, who is expected to start in midfield, is the other dedicated centre while Owen Farrell and Elliot Daly may be tasked with filling other backline roles. Ball-playing centres like Henry Slade and Garry Ringrose were both tipped to travel, but missed out. Over on the wing, 6-foot-4 Duhan van der Merwe made it ahead of players like Keith Earls and Jonny May.

Gatland was allowed to select Courtney Lawes as his 37th man, meaning Jack Conan got in as No.36. The rub, though, came with the likes of Hamish Watson and Sam Simmonds being selected in the back row.

Gatland could have went for the gnarlier Josh Navidi or CJ Stander, but he was selecting some mobile back rowers. It was enough to show the Springboks that the Lions are capable of playing two different ways.

For South Africa's director of rugby, Rassie Erasmus, he is expecting Gatland to head into the Test Series with more than the attritional game-plan that got Wales to a World Cup semi-final, but no further.

"I think he has something up his sleeve," said Erasmus, "and I don't think we will see this battle of attrition and grinding it out like in the World Cup.

"The way Warren has picked this squad and his support staff with the assistant coaches, with Gregor Townsend in there and the backline chosen, I think he has other plans. Look at the loose forwards that he has picked.

"He has done so much coaching of the Lions that he knows the importance of trying to get guys aligned quickly. He has his attack coach in Gregor and the Scottish guys [like Ali Price, Finn Russell and Stuart Hogg], so I think we will see a change in his game-plan.

"We will definitely see a mix, of it not being the Wales Test-match. Of course, he might just be throwing us some bait." 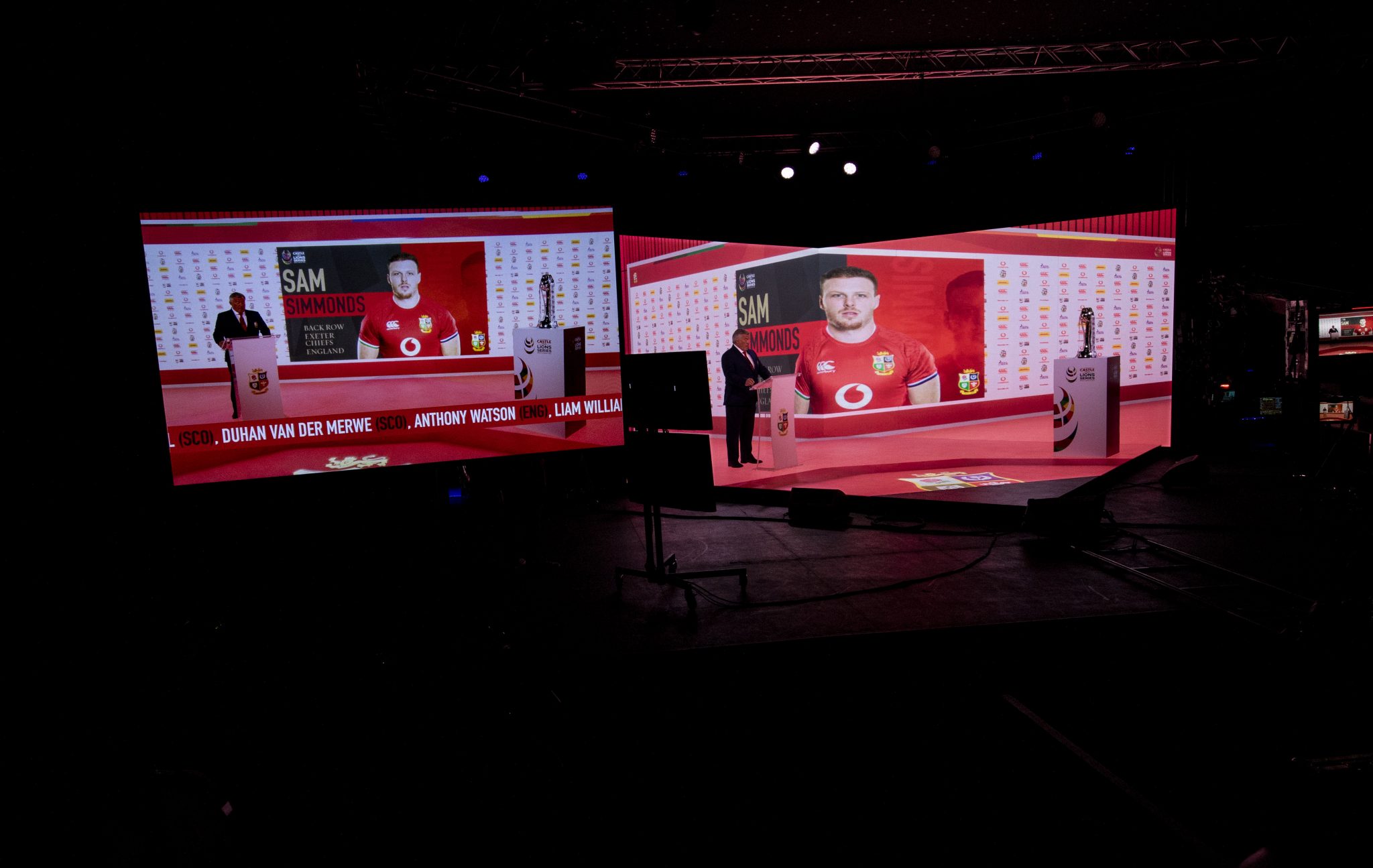 "Gatland has selected a well-balanced side, if you look at it," said the former Munster assistant coach.

"How many full-backs does he have? If you look at one side of it - there's Stuart Hogg, Elliot Daly, Liam Williams and Anthony Watson. And the other guys in the back three, Josh Adams and Louis Rees-Zammit. They're all good under the high ball. Duhan van der Merwe has improved, there, a hell of a lot.

"If you look at that side of things, you know they can go the aerial route. But then, as Rassie rightly said, if you look at the magic of Finn Russell and Ali Price - a good combination there - it is a well-balanced side.

"I agree with Rassie - it looked like they can go coast-to-coast and then adapt and go with a massive kicking game. They've got a 9 that can kick, a 10 that can kick and, if he goes with Owen Farrell, a 12 that can kick; left- and right-foot options.

"So, he can go with a kicking game or a running game. I'm not sure if he's just throwing us bait, but it is a well-balanced side."

As for renewing rivalries with Gatland, who is head coach of the Lions for the third straight tour, Erasmus is eager to get going.

"We are not friends," he said. "I don’t go and have a BBQ with him when I see him, but he is a guy that I’ve always felt has the right intention with coaching.

"There is never a weird, funny feeling after a match – lose or win. I enjoy him as a person and I think we have very similar mindset in terms of coaching and that’s why it’s always such a weird tussle when we play."

popular
"They're so far ahead of where I was at 18, it's just off the charts in terms of gym and fitness tests"
Damien Duff bides his time before roasting the FAI with 'motivational video' comment
"I don't know if the management know what their best 15 is" - Worrying times for Tyrone going into the championship
Ronaldo removes Coke, shows off the drink of champions in pre-match conference
Christian Eriksen's first words from hospital are a credit to the man
Can't imagine Rangers fans were happy about what Ronnie Whelan called Scotland
Euro 2020 Quiz: Group F
You may also like
1 month ago
Sean O'Brien and Hamish Watson discuss Scotland's hefty Lions contingent
1 month ago
South Africa backed to bully "bang average" Lions squad
1 month ago
With less than 1% of the population vaccinated, what hope South Africa vs. Lions crowds?
1 month ago
Springboks legend Tendai Mtawawira tells us what he really thinks of Ellis Genge
2 months ago
Predicting those 57 players Lions coaches came up with in first selection meeting
2 months ago
Springbok star Eben Etzebeth's lockdown workout would break most of us
Next Page