They're all ganging up on poor Matty. Even the guys being kept out of the team by the maligned Jared Payne.

The Kiwi's Ulster team-mate and Ireland reserve centre Darren Cave is the latest to dismiss the criticism of Payne by TV3's Matt Williams.

Following on from Tommy Bowe and Cave's predecessor at 13, the infallible Brian O'Driscoll, the case against Williams' case against Payne is building momentum.

Desperate for something to criticise in the wake of Ireland's 44-10 stroll past Romania on Sunday, Williams and the TV3 panel unloaded on Payne, with the former Leinster coach accusing Payne's attacking play. 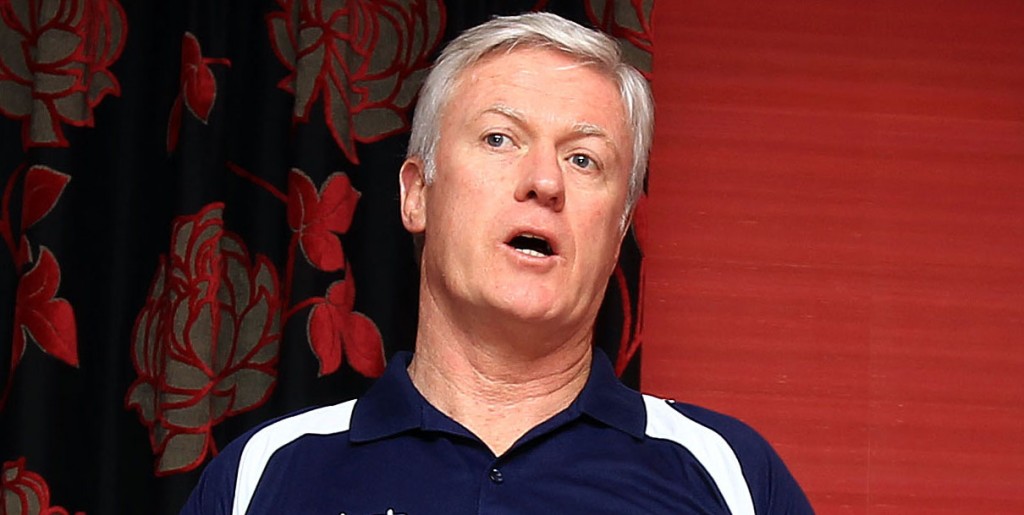 END_OF_DOCUMENT_TOKEN_TO_BE_REPLACED

"He's making really poor decisions. He's kicking the ball all the time and he's kicking very badly. He's not making breaks. He's running across field," said the Australian, whose views were given short shrift by both Bowe and Ireland's record try-scorer and cap-holder.

"What I like with Jared is that he looks for it and if it's there, great, but he doesn't force it and he'll take the ball into contact if he has to," said O'Driscoll last night on Off the Ball.

END_OF_DOCUMENT_TOKEN_TO_BE_REPLACED

"I really have to say, any of the stick that he's gotten is completely unfounded because I really believe he's the glue in this team that's combining what we have at half-back with the talent we have at wing and full-back now."

Now, after Bowe and O'Driscoll had softened him up, Cave took to the top table at the Ireland press conference today to finish Williams off.

"It’s just opinion at the end of the day, it’s not really based on fact," said the Ulsterman, who has been shunted to inside centre to accommodate Payne at provincial level.

“I heard about him apparently kicking the ball away too much but I think he kicked the ball twice and both times it was penalty advantage, and both times we went back for the penalty.

END_OF_DOCUMENT_TOKEN_TO_BE_REPLACED

“So we’ll deal with facts not opinions," reiterated Cave, whose 11th Test appearance came at Wembley alongside Payne in midfield.

"I really enjoyed playing alongside him when I was named at 12 and he was named at 13 beside me, I knew I’d feel very comfortable in there."

Payne can hardly ever have felt as much love as he has received in the last two days while Williams must be wondering if he has been cast in the pantomime villain role usually filled by George Hook.


popular
Get him a tuxedo, give him the All-Star and for crying out loud, someone bring that man out to America
Fans react to Tottenham Hotspur's 'brilliant tease' for Richarlison signing
Southampton pay tribute as Shane Long leaves the club after eight years
Tiernan Kelly and three other players hit with ban following tunnel brawl
Mohamed Salah signs new long-term contract with Liverpool
QUIZ: How well do you know Manchester United players of the 2000s?
Quiz: Name the players these famous footballers played alongside the most times
You may also like
1 day ago
Your guide to an incredible weekend of sport and how to stream it all
2 days ago
Gavin Coombes one of four Irish players to push themselves into Test picture
2 days ago
Bundee Aki understandably emotional, as Ireland pay moving tribute to late Sean Wainui
2 days ago
Full Ireland player ratings after Maori All Blacks teach us an early lesson
3 days ago
"We could lose all five games" - Darren Cave with a rare take on Ireland's chances
3 days ago
Mike Lowry and Peter O'Mahony in First Test contention as Ireland shuffle deck
Next Page