'I wasn't surprised my son was knocked out... I never expected to be told he had a 1% chance of living'

Ben Robinson would have been 22 now. It's hard to predict what his life would be revolving around but rugby would surely figure strongly.

We'll never know, and neither will Peter Robinson, his father. Ben died, aged 14, back in January 2011 when he suffered brain injuries while playing for his school Carrickfergus Grammar, against Dalriada. The coroners determined that the teenager had died from something known as Second Impact Syndrome - he had suffered one concussion and returned to play only to receive another concussive blow. 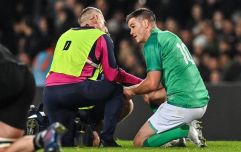 END_OF_DOCUMENT_TOKEN_TO_BE_REPLACED

Seven and a half years on from that bitter, desperate tragedy and Peter Robinson continues to honour his son's memory by raising awareness about concussion.

Speaking to SportsJOE from the village of Rosewell, Midlothian (Scotland), where he works as a learning assistant, Robinson's driving force is concussion awareness. Sport Northern Ireland has a new website - Concussion NI - that he is promoting but that's only the tip of the iceberg.

"At the elite level, they are nearly there with regards to recognising and treating concussion. Their eyes and ears are open.

"Still, it is good when you hear an uproar. In years gone by, guys would have got a pat on the back if they got up from a heavy blow and played on. They would have been praised for being a macho man.

"We're still seeing that today with some former players going on about tackle heights and moans about dodgy calls and red cards. That doesn't help much." 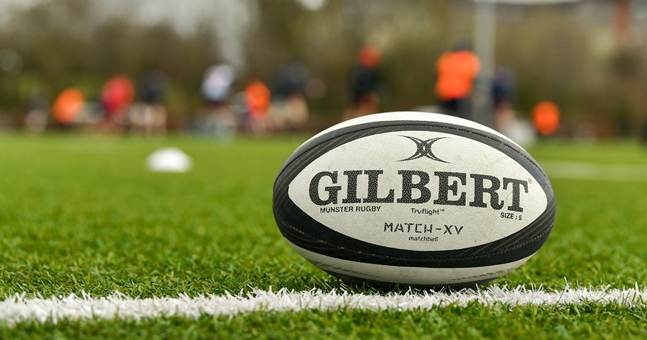 Peter has three other children, Holly (from his marriage to his ex-wife Karen), Gregor and Isla. "Gregor is a mad keen footballer," says Robinson.

"I was out watching him the other day and he was concussed after a clash of heads. Real case of Bambi legs. He is helped to the sideline and the referee comes over soon after and said, 'If he's feeling okay, he can go back on'.

"If we hadn't been there to see that - myself and his coach - he could have been sent out again. We were lucky. One of the links in the safety chain worked that day." 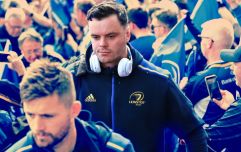 END_OF_DOCUMENT_TOKEN_TO_BE_REPLACED

It all brought back uncomfortable memories of that day in January, seven years ago, when Ben was sent back out to play when he should have been kept well clear of the pitch.

"Karen knew," he says. "She knew something was wrong with her boy. But all the experts - all the people who were supposed to be in the know - they told her he would be fine. She placed her faith in others. The whole system failed that day.

END_OF_DOCUMENT_TOKEN_TO_BE_REPLACED

"When the pathologist mentioned 'Second Impact Syndrome', I had never heard of it before. There was no mention of concussion or severe traumatic brain injury, but that's what it was.

"When I entered the hospital that day (in 2011), it was the same thing. There was no talk about concussion. Concussion can be fatal and they are finally telling it like it is."

Peter grew up in Lurgan, Antrim and Lurgan Rugby Club was the literal stone's throw away from his house. He played with the club from the age of eight until his late 30s. During that time he had one confirmed concussion and he was hospitalised as a result. Still, as a lifelong rugby player, and fan, he took it as par for the course.

"I expected Ben to get broken arms, noses and the like from playing rugby," he admits.

"When I heard he was knocked out, that day, I was not surprised.

"What I did not expect was to be told by doctors that the injuries he sustained playing rugby, that day, were what they would normally see in a car accident. I did not expect to hear, 'Your son has a 1% chance of living'."

The heartbreak was as raw and woeful as you could ever imagine.

One could forgive Peter Robinson if he wanted nothing to do with rugby any more, but he has hung on in there and is determined to get the word out there about concussion to as many people as he can.

"In a way," he says, "we've created a monster and now we're trying to reel it back in. Rugby is a collision sport but some of the collision are fearful now.

"When Jonah Lomu first emerged, he was seen as a freak. Now Lomu wouldn't get into some school teams. Now there are 30 freaks on a pitch."

As much as the professional game has taken a lead, when compared to other sports, about concussion, there are still worrying incidents and occurrences. Last month, for instance, All Blacks centre Ryan Crotty was concussed for the fifth time in 18 games. He sat out one game and was back a fortnight later.

"Young players see their role models bouncing back from concussion after a week out and they think they can do it too," says Peter. "I was the worst dad in the world for Gregor when I got him to sit out for three weeks after his concussion. He eventually came to me, though, and said I was right."

There are encouraging signs from within the pro ranks. Rory Lamont was "lambasted" around a decade ago when he first came out to speak about his concussion history. There was not as much of a backlash when Clermont and Canada legend Jamie Cudmore did likewise. It did not stop some dissenting voices from calling him "soft" but Robinson questions the reasoning of anyone that thinks Cudmore is soft.

And perhaps the greatest encouragement comes from the calls and emails he gets from parents, just like himself.

"I got a call last week from a parent that told me they had seen the signs when they were at their son's game. They played it safe and the hospital confirmed concussion.

"There's something we can do. That's what drives me on now. It's in my blood now.

"Mismanagement of concussion is the biggest harm. We just have to get the message right."

For more on Sport NI's Concussion awareness drive, check out the website HERE.


popular
Man United could be blocked from playing in the Champions League next season
Ireland team vs. France: Form players rewarded and a welcome return
Lionel Messi makes decision on Barcelona return
French media's opinion of this Ireland team becomes clear as vital clash nears
Clive Woodward happy to 'eat humble pie' after bold comments about Ireland
Man City expect Pep Guardiola to leave
The Ireland team Andy Farrell needs to start when France come to town
You may also like
11 months ago
Chris Sutton attacks Michael Owen's "caveman" view on concussion in heated live TV exchange
11 months ago
Robin Koch incident highlights football's archaic approach to head injuries
11 months ago
PFA claim concussion rules are not 'prioritising player safety' after Koch incident
2 years ago
'I've had family members that have suffered from dementia through trauma and head injuries' - Shane Williams
4 years ago
"I remember pushing the doctor away and thinking, ''Why is he dragging me to the touchline? Is he not on our team?!'" - Andrew Trimble
4 years ago
"Nobody needs to die playing sport" - Jamie Cudmore on the 'double digit' concussions in his rugby career
Next Page