We're not sure what Connacht fans will make of this.

Pat Lam is off to Bristol this summer after accepting a lucrative offer from a side struggling to maintain its Premiership status.

The recruitment drive for 2017/18 is already in full swing and, despite trying to secure another season of Champions Cup rugby for Connacht, Lam is having a big say in who comes in. On Tuesday it was announced that All Blacks forward Steven Luatua was on his way to Bristol.

Since then, there has been a snipe against Lam from Steve Hansen, a stinging response from Lam and a clarification from Hansen. On Wednesday, the All Blacks coach commented:

"He spoke briefly to the contracts team, and he's been tapped on the shoulder by Pat Lam which is disappointing too. If you're an ex-New Zealander you should be a bit mindful about players' careers.

"But when they decide to go you've got to support them. Steven has made that decision so we'll do that."

Lam has taken exception to being labelled an 'ex-New Zealander'. 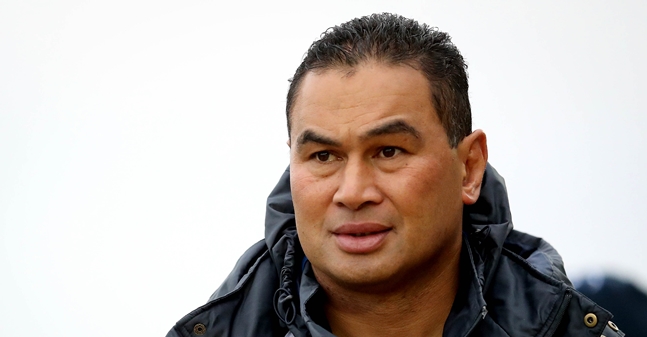 Lam represented Samoa at three World Cups but he was born and bred in New Zealand and is extremely proud of his roots. In a statement by Lam, seen by Stuff, he takes aim at Hansen's comments:

"I am very saddened and disappointed that All Black head coach Steve Hansen has made a personal attack on myself and my family by calling me an ‘ex-New Zealander'," Lam said in a statement.

"Since professionalism began in 1996 many New Zealand rugby players have signed for overseas clubs coached by New Zealanders. Currently there are over 50 All Blacks playing for foreign teams and only four weeks ago 47-test capped current All Black Aaron Cruden was recruited by New Zealander Vern Cotter for Montpellier in France

"The only reason we don't live in New Zealand at the moment is I had an opportunity to continue to coach rugby professionally in Ireland and support my family after being sacked by the NZRU and the Blues.”

“Did Steve Hansen consider himself an ex-New Zealander when he chose to leave New Zealand and coach the Wales national team against the All Blacks?

“Myself and I’m sure many other New Zealanders who are living and working overseas do not consider ourselves ‘ex-New Zealanders’ just because we are not living in New Zealand. When I have joined the thousands of other northern-based Kiwis who attended and cheered on the All Blacks in their test matches in the northern hemisphere we certainly didn't do so as ‘ex-New Zealanders’.

"I believe many New Zealanders would also be offended to be labelled an ‘ex-New Zealander’ by the All Black coach ... he has great influence because of his position of privilege and responsibility in representing New Zealand worldwide.

"Who determines and judges who is a New Zealander and who isn’t? I don't believe that has ever been the role of the All Black head coach."

The statement has seen Hansen respond by clarifying his original comments. Hansen claims he meant 'ex-New Zealand' in terms of his coaching career and not in terms of his nationality.


popular
"I remember someone saying, 'This guy's the best of the lot of them. Just wait for him'" - Brian O'Driscoll
"I trained with a guy that was born in 2004 the other day. We reckoned Earlsie could be his father!" - Peter O'Mahony
Nigel Owens on most annoying players to referee (three of them are Irish)
Six All Blacks but no Ireland players in world's top 20 list headed by Antoine Dupont
The story of the GAA's greatest ever minor
"I asked one question and lads slagged the arse off me!" - Johnny Sexton on Roy Keane chat
Cork GAA will have fight on its hands to hang onto top prospect
You may also like
3 weeks ago
Will Greenwood took issue with only one aspect of Ireland's win over New Zealand
3 weeks ago
'I could feel a bit of blood trickle down' - Garry Ringrose on that Jordie Barrett tackle
3 weeks ago
Ireland's superior fitness and how Andy Farrell's bold selection made it count
3 weeks ago
Rough Johnny Sexton injury news tempers Ireland's victory buzz
3 weeks ago
"I only saw three Irish players" - All Blacks coach dismisses "Kiwi" connection
3 weeks ago
That's settled then, Johnny Sexton is our 2023 World Cup outhalf
Next Page