"It's possible. Difficult, but possible."

During a trip to the Bristol Bears' High Performance Centre, earlier this month, the Pat Lam effect was clear and present.

Everywhere you look around the HPC, there are inspirational comments writ large on walls, in the gym, meeting and analysis rooms, treatment areas, hallways and stairwells.

END_OF_DOCUMENT_TOKEN_TO_BE_REPLACED

While such phrases and statements may work for some, being in the presence of Lam himself is enough for everyone else. The Bristol Bears director or rugby is similar to Rassie Erasmus - a force of nature and a guy that focuses on culture first and rugby just a hair behind.

Connacht supporters will attest to that. When Lam arrived in Galway, the Westerners were very much the fourth and farthest in a four-horse interprovincial race. When he left, they had a league title, big European scalps and a host of memorable days and nights to look back on. 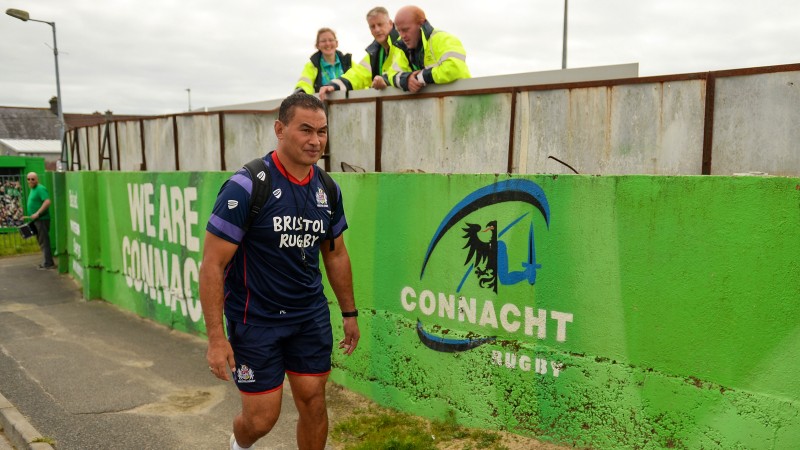 Pat Lam arrives at The Sportsground prior to a 2017/18 pre-season match between Connacht and Bristol. (Photo by Seb Daly/Sportsfile)

'We had a lot of rejects from Leinster' - Pat Lam

Asked what he believes has been his biggest achievement with Bristol Bears, as he heads into his sixth season with the club, Lam says, "I think it's that whole environment that allows players that are seen as probably rejects and the unwanted.

"With my time at Connacht, I had a picture on my wall that I was very proud of. I was given it by a season ticket holder, before I left, as a parting gift. It was a painting that had Nathan White, Finlay Bealham, Ultan Dillane, Kieran Marmion and Robbie Henshaw in Irish jerseys. It was the first time ever that Connacht had five guys on the field at the same time, in a Six Nations game. It was a huge achievement.

"Even with Ultan, I can remember now the amount of people that told me that Ultan and Finlay wouldn't make it. That they were not good enough, in the academy. But when I talked to them, and asked them their dreams, they said it was to play for Ireland - they want to be their best.

"The environment we created was them to feel a part of it. Then they won the PRO12 trophy and a lot of guys were then capped for Ireland. And, when you look back, we had a lot of rejects from Leinster and players that weren't making it.

"I see that here. Now [at Connacht], I brought over Bundee Aki, Craig Clarke and Mils Muliaina to help with culture. Here, we have Charles Piutau and Semi Radrada as those starters. But we have someone like Jake Woolmore that was playing in the Championship for Jersey - he was let go by Exeter. We got in Yann Thomas, let go by Gloucester and playing with Rouen in Pro D2. We have Piers O'Connor, let go by Wasps and went to Bedford then ended up playing with Ealing. Now he's nearing 100 games.

"There's Dan Thomas and Harry Randall, who was not really playing for Gloucester and playing Championship for Hartpury. Now he's coming up to 100 games. I can keep going on and on!

"The reason they've done well is that family environment here," Pat Lam continues, "and they've enjoyed it. They've improved their skills and game knowledge, added value to the group and they are now key players.

END_OF_DOCUMENT_TOKEN_TO_BE_REPLACED

"When you look at all these stories, that's why I've loved my time here. It has been about getting in, and surrounding yourself with, real quality people.

"We finished 10th last season. In the 10 years before I came here, people would have jumped at a chance to finish there. The fact is, because of all we have done, the expectations have completely changed of where we should be. That's the highlight, for me." 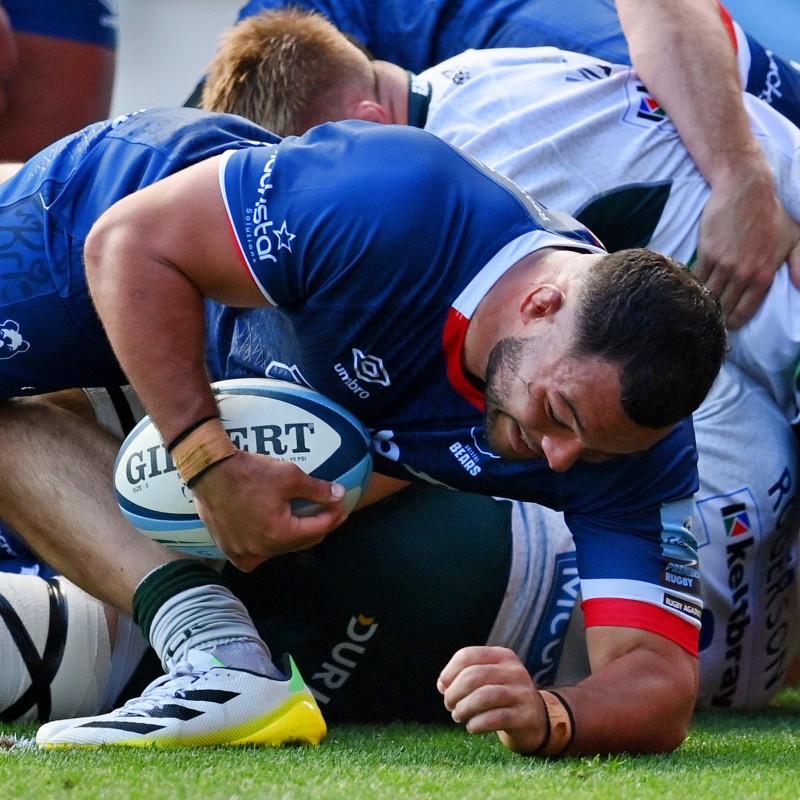 Pat Lam on challenging for trophies on two fronts

Although Bristol Bears have twice finished atop the regular season standings, under Pat Lam, they havew yet to win, or reach, a Premiership Final.

Many of the club's longer serving players, then, highlight their 2020 Challenge Cup Final triumph as their proudest moment with the club. With their next Challenge Cup campaign not commencing until December, Lam has primed his players to start the 2022/23 league season strongly.

Asked if it was possible to challenge for trophies on two fronts, he says, "It's possible. Difficult, but possible.

"The biggest thing is around the health of your squad. Right now, I can tell you that before we started, our goal is the Premiership and to win the Challenge Cup. That is a while away. I hadn't planned on losing Steven Luatua when I set that goal, and losing Sam Jeffries... obviously we lost Sam Lewis as well, too.

"Every team needs a little bit of luck around injuries, in your squad. With that lower salary cap, it lowers the depth of your group. So you have to manage that. Our bread and butter is the Premiership and when we get to Europe, we'll look at that."

At Ashton Gate, this afternoon, Pat Lam led Bristol Bears to their third straight league win of the season as they defeated Declan Kidney and Les Kiss' London Irish in a 40-36 thriller.

The Challenge Cup is far off in the distance. For the next two months, the Bears are hell-bent on setting a winning tone in the league.


popular
Talksport presenter puts Martin O'Neill to the pin of his collar over Declan Rice and Jack Grealish
Roy Keane scores winning goal past Micah Richards in ITV v BBC pundits match
Gary Neville sticks up for Ronaldo as contextless pictures and videos taken as gospel
World Cup Power Rankings: The top 10 players at the tournament ahead of the quarter-finals
Rory McIlroy explains 'falling out' with Shane Lowry that lasted a few years
World Cup Power Rankings: The top eight pundits of the tournament so far
"There's no soccer, hurling, or rugby" - Kilcoo's secret to success
You may also like
2 weeks ago
Alternative World Rugby Dream Team selected, with two extra Ireland stars
2 weeks ago
"Two Irish players are best in the world" - Rugby reacts to big Josh van der Flier and Terry Kennedy awards
2 weeks ago
Two baffling omissions as four Ireland stars make World Rugby 'Dream Team' of the Year
2 weeks ago
Josh van der Flier claims World Rugby Player of the Year at Monaco ceremony
2 weeks ago
"Highlight of my Ireland career" - Behind the scenes as Jack Crowley and Ross Byrne covered for a legend
2 weeks ago
Bundee Aki reminded us all of his best qualities, on a night Ireland couldn't do without him
Next Page