Business up front. Party at the back.

Between Paul O'Connell and Brian O'Driscoll, the two legends of Irish rugby captained their country 111 times. From 2002 to 2015, apart from the odd Test match, O'Connell (28 times) or O'Driscoll (83) had the honour of captaining their country.

While the trend in world rugby is for forwards to captain their teams, there have been some notable exceptions. As former England flanker James Haskell noted on a recent House of Rugby, the first two World Cup trophies were lifted by backs - David Kirk (New Zealand in 1987) and Nick Farr-Jones (Australia in 1991).

On JOE UK's House of Rugby, Welsh referee Nigel Owens joined Haskell and host Alex Payne to go back through a rugby career that has seen him officiate the world's top players in some of the most exciting games. Haskell took the opportunity to ask Owens if it's makes a difference to a team having a forward or a back as captain.

Owens spoke well on the matter and touched on a recent Irish example - of O'Driscoll and O'Connell - as one way a team can get the best of both worlds. 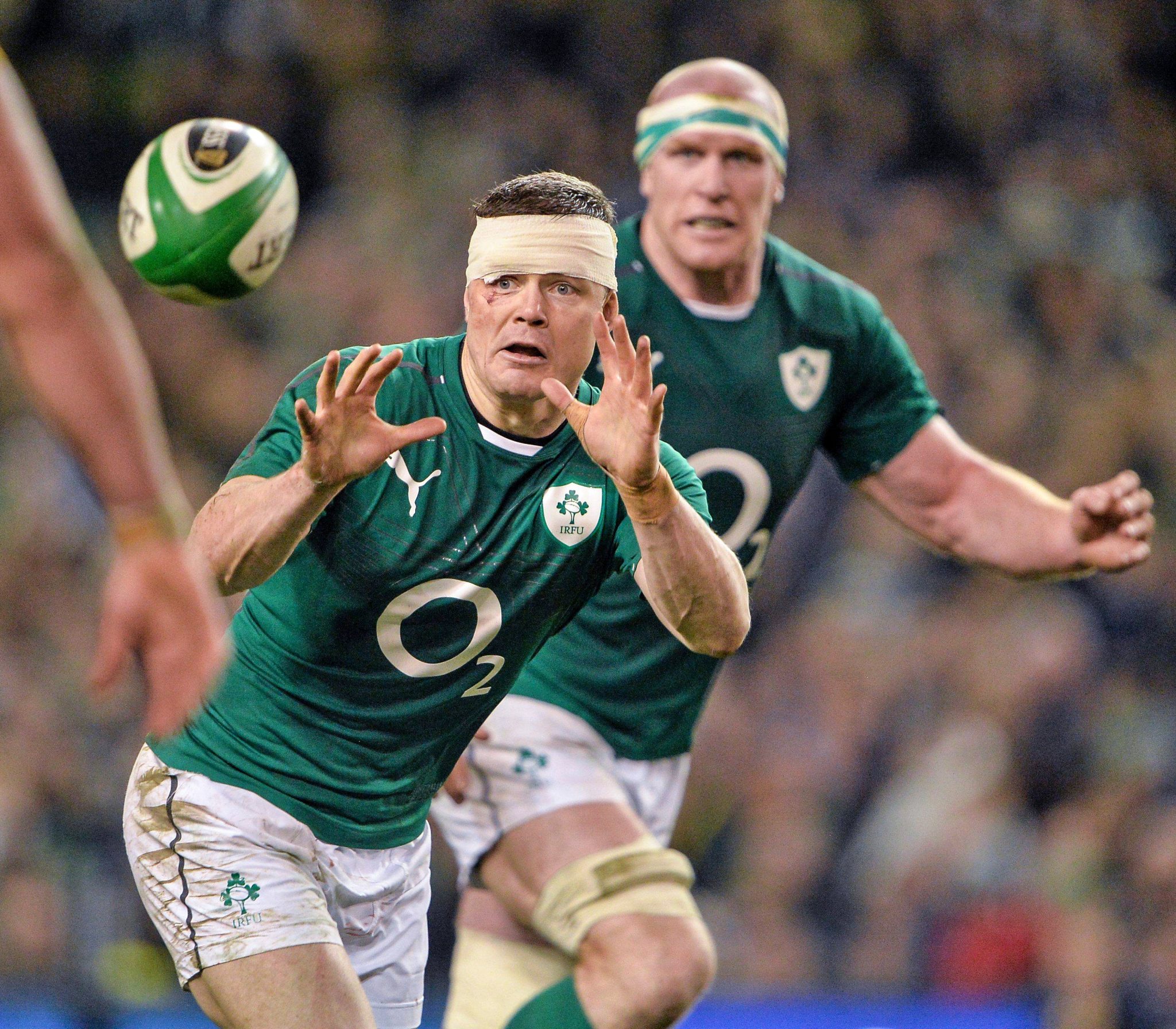 "It has it's advantages when you have a forward for a captain," Owens began.

"Ireland, for example, in their heyday, had Brian O'Driscoll as the captain but Paul O'Connell as their pack leader. Pretty much most of the conversations you had would be with Paul O'Connell. And if you wanted to speak to the captain - if there was something more serious and you needed Drico to speak to you - then you'd give him a shout.

"He always used to say, 'Nigel, I'm captain. Give me a shout if you need me. Otherwise, Paul will deal with it.'

"Yeah, I can see the advantages of having a captain who is close in with the referee is, but if you've got a good captain, I'm not sure it really matters where he is, to be honest.

"But if you are out on the wing and out of the way, you could be well out of the action. Whereas if you're close in, you can have that little conversation and say the things that could work better than if you are a good bit out. It all depends on your captain. If you've got a good captain, I don't think it matters where he is."

During the same show, Owens told a great story about his mentor, and former TMO, Derek Bevan and how the pair used a code word - taken from Only Fools And Horses - to let him know if he had made a mistake in a game.

Great story from @Nigelrefowens as he recalls his TMO using Only Fools and Horses code words during a game 😂 pic.twitter.com/thpo5lxCdZ

Owens had plenty more funny and, at times, deeply personal and touching stories to tell during his appearance on the show.

He also spoke well on how he feels there are too many substitutions in modern rugby. Not only does it interrupt the flow of the game, but it should lead to players reducing bulk and size and, as a result, mean less injuries.

The one player to make him briefly forget he was a referee and become a fan again? Bryan Habana when he blazed in two wonderful tries against New Zealand in 2013, at Ellis Park.


popular
"I was like, ‘My ear is hanging off my head. Can you not see that?!'"
QUIZ: How well do you know Manchester United players of the 2010s?
The SportsJOE 12 o'clock quiz | Day 307
QUIZ: Name all 50 of these 2000s Champions League players – #4
Cristiano Ronaldo sets rough retirement date
QUIZ: Identify the missing sponsors from these football jerseys
"Hang on lads, there is more to life outside of Dublin" - Connellan is a rebel with a cause
You may also like
2 days ago
"I’ll work towards getting into the real world and start another life" - Johnny Sexton
3 days ago
'We haven’t performed to the standard that everybody else expects us to"
4 days ago
36-man Ireland squad announced for Italy clash
6 days ago
"People associate hardness, ruthlessness and 'Fear of God' with Paul, but that's 1% of him"
1 week ago
"You’re not pushing robots around the place. We all have bad days" - Ronan O'Gara
1 week ago
Tomás O'Leary calls for Craig Casey to get No.9 jersey for Italy
Next Page