"My word, he has catapulted himself right into the conversation."

For fans of the British & Irish Lions, and all the squad selection debate that comes with it, these past few days are manna from heaven.

Although Scotland and France still have to wrap their Six Nations campaigns, at Murrayfield on Friday night, Wales, Ireland and England have all run their race. Wales are favourites to take their second title in three years, which may slightly soothe the agony of missing out on a Grand Slam in Paris.

With Lions head coach Warren Gatland on the record with how much stake he holds in the championship when it comes to selecting his final squad, the form, or lack thereof, of several players is being hotly discussed.

England went into the Six Nations as the presumptive frontrunners for squad places, but Wales' winning run and title tilt has seen them jump the queue. The Scots will be hoping that a strong finish could see them get more invites than a token few.

Ireland, meanwhile, are in a much better place than they were on the evening of February 14, after France handed them their second defeat and ended their championship hopes. Wins over Italy, Scotland and England have revived our rugby spirits and boosted the selection chances of many Ireland stars.

While Wales Online have predicted 11 players to make Gatland's final squad, former England and Lions stars Lawrence Dallaglio and Ugo Monye have looked even further ahead - to the Test squad.

On BT Sport's Rugby Tonight, both men spoke about the "nailed-on" Test match selections for that first run at the Springboks. Two Irish players were included in the seven 'starters'. 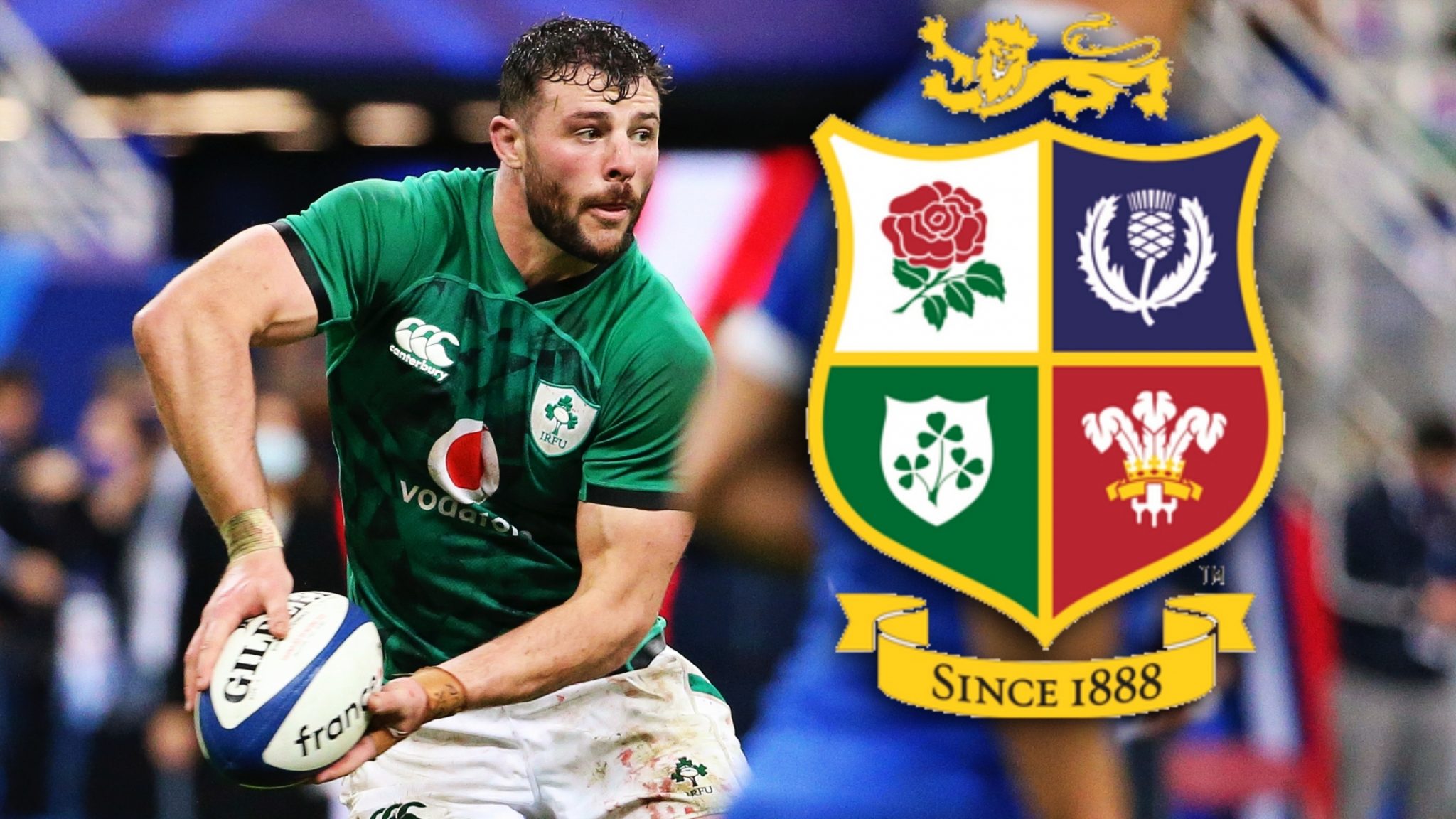 Robbie Henshaw is in Lions form and should make his second tour. (Credit: Getty Images)

While Dallaglio believes Conor Murray and Johnny Sexton are now pressing to start the Test Series, like they did in two of the 2017 games against the All Blacks, neither man are what he or Monye would claim to be guaranteed starters.

"I don't think anyone can argue that Tadhg Furlong is back to his best," said Dallaglio, a former England captain and Lions star.

"For my nailed-on places," said Monye, "Robbie Henshaw at 12. He's so commanding and so physical, on both sides of the ball."

There are two English players, two Welshman and Scotland fullback Stuart Hogg that the two men feel are all primed for that July 24 First Test against South Africa.

Over on Sky Sports, meanwhile, Wales and Lions centre Jamie Roberts, who toured in 2009 and 2013, has four Irish players in his Lions XV to face the world champions this summer.

Roberts has gone for Furlong, Tadhg Beirne, Murray and Henshaw in a team with seven Welshmen, two from England and Hamish Watson joining Scotland teammate to round out the 15.


popular
Jose Mourinho is the picture of happiness and health after Spurs sacking
'Make him hurt, make him yours' - How the Springboks ruled the world
In 86 seconds, Patrick Bamford becomes English football's voice of reason
Springboks legend Tendai Mtawawira tells us what he really thinks of Ellis Genge
'Beast' Mtawawira is a big fan of Mike Ross' Lions front row
Jose Mourinho is about to step up and become the hero football needs
"We did find him hours later and we made up." - How Flynn and his best friend came to blows in Croke Park
You may also like
3 days ago
"Dorothy Wall, hands down... she's a wrecking ball!"
5 days ago
The six Lions spots being contested by Ireland and Scotland players
5 days ago
Rating the chances of Leinster's 16 Lions hopefuls
6 days ago
Jamie Carragher on how close he came to Ireland call-up
1 week ago
Full player ratings as Ireland dismantle Wales in Six Nations opener
1 week ago
Munster and Irish rugby almost lost out on one of their brightest stars
Next Page