"He's another guy who will have played himself back into Lions contention."

Ireland finished the 2021 Six Nations with three strong performances and have restored some of their supporter's waning faith. Their resounding win over England, at the weekend, has massively boosted to Lions prospects of several Irish players.

Back in November, Lions head coach Warren Gatland told us about the importance of the Six Nations in his selection process for the Lions Tour to South Africa:

"That's when points are at stake and teams are performing at home and, more importantly for me, often, it's how you perform away from home. Because that's what we have to do on tour. But the yardstick for me would be the Six Nations and then there's big matches, domestically or in Europe, that have some significance."

With that in mind, and viewing recent Lions squad selections, Wales are set to get the greatest piece of the selection pie with Ireland not far behind. Even though they will finish 5th in the 2021 standings, expect England to get more call-ups than Scotland [but the Scots could tip the balance by beating France on Friday].

On the latest House of Rugby Ireland [LISTEN from 3:30 below], Fergus McFadden, Ian Madigan and Eimear Considine discussed six Irish players who most definitely improved their Lions chances at the weekend. 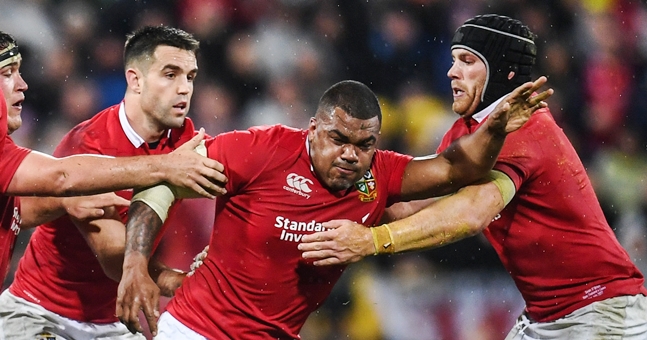 While the likes of Tadhg Furlong, Johnny Sexton, CJ Stander and [although he missed the England game with concussion] James Ryan are all in good standing, right now, the House of Rugby gang threw some other names into the mix.

There was high praise for Tadhg Beirne, Hugo Keenan, Keith Earls, Robbie Henshaw and Jack Conan, while Ian Madigan was impressed with Conor Murray's second start of the championship:

"It was very much the Conor Murray we've come to expect," said Madigan. "It was one of those games where he was on it - everything he did, he executed very well... He's another guy who will have played himself back into Lions contention, after that... He showed his true class and experience."

END_OF_DOCUMENT_TOKEN_TO_BE_REPLACED

My current Lions pecking order has been shaken up dramatically after the weekend games. Dan Biggar's stock is on the rise, as is that of Duhan van der Merwe, but it is the Irish contingent that has benefitted most.

The Irish starters have climbed from three (last week) to six after that emphatic win over England. Such has been England's slide that, in terms of current form on the pecking order, the have no-one in the starting XV (although Tom Curry has been very good all championship).

Wales have eight starters while Scotland fullback Stuart Hogg is included. He has fresh competition from Ireland's Hugo Keenan, with the versatile Liam Williams switching to the left wing to dice it with his compatriot, Josh Adams.

That's 10 Ireland players now in the mix, up from eight last week. England fall from eight to five, with Anthony Watson the unluckiest on those dropping out of the picture.

For reference, here is was the pecking order after round four. Irish eyes are definitely smiling, but the Champions Cup knock-out stages may yet be a deciding factor for several men.

You may also like
4 days ago
Full Ireland ratings as France deliver resounding Dublin victory
5 days ago
"Dorothy Wall, hands down... she's a wrecking ball!"
1 week ago
The six Lions spots being contested by Ireland and Scotland players
1 week ago
Rating the chances of Leinster's 16 Lions hopefuls
1 week ago
Jamie Carragher on how close he came to Ireland call-up
1 week ago
Full player ratings as Ireland dismantle Wales in Six Nations opener
Next Page