"A few lads enjoyed a cigarette, but not at half-time or anything like that!"

When Montpellier travelled to Dublin with a weakened team, last weekend, and proceeded to ship try after try to a ruthless Leinster, Alex Lozowski was not entirely surprised.

Lozowski was one of the Saracens players that took a brief sojourn away from the club, last season, as they sought to get their finances in order and gain promotion back to the Premiership.

On his House of Rugby appearance, this week [LISTEN from 19:15 below], the England international described how his season in France with Monpellier went, and one mad training session he never forgot. 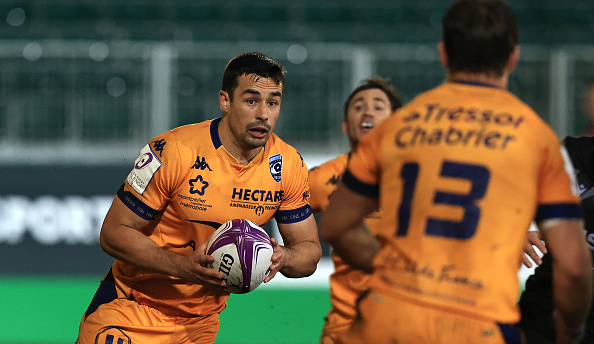 Alex Lozowski in Challenge Cup action for Montpellier against Bath in 2021. (Photo by David Rogers/Getty Images)

Alex Lozowski on his Montpellier eye-opener

"The first thing that really opened my eyes was that first team social. We did a week of training away somewhere and then rocked up for the social - fancy dress, as normal.

"When you are organising a social, you probably have to sort a venue, food, drink, and a couple of games. The one thing the French also organised was just blocks and blocks and blocks of cigarettes, next to the food and drink."

Montpellier were struggling, for much of the Top 14 season, and Lozowski recalls how, sensing blood in the water, opponents would send full strength XVs to Yves du Manoir to target away wins. Very often, teams just concentrate on home wins and send weakened sides to away matches, but Montpellier were there for the taking, or so everyone thought.

END_OF_DOCUMENT_TOKEN_TO_BE_REPLACED

The side did rally late in the season to eventually finish 10th, while they reached the Challenge Cup final and beat Leicester Tigers 18-17 in a nail-biter, to finish with some silverware.

The current season finds them fifth in the league while the EPCR awarding them all five points for a cancelled match against Leinster, in the Champions Cup, has them set for the Last 16. Their 89-7 pumping, at the hands of a fully charged Leinster, was a real sting for a proud club.

In that game, the Leinster back row - Caelan Doris, Josh van der Flier and Jack Conan - ran amok and dominated Montpellier on the deck, and in the loose. Having witnessed how Montpellier prepared for their 2020/21 Champions Cup encounter with Leinster, Lozowski was not too shocked by the final scoreline.

"There's not a load of detail and analysis over there, compared to what we would be used to," he told hosts Alex Goode and Sean O'Brien.

"They want to play like many French sides do - lots of offloads and that classic Toulouse style, where they keep the ball alive.

"There was this one time in training, before we played Leinster at home. Obviously, everyone knows how good their back row are. You have van der Flier, and we did talk about him in our team meeting, and how good he is over the ball.

"On our big training day, ahead of the match, the first lineout we threw in, we took the ball into contact. Someone in the bibs, playing the opposition team, got over the ball and got a turnover. So, we had talked about the breakdown and how we needed to get it right - change of speed, urgency, whatever it is.

"Instead of doing that, they said, 'Right, for the rest of training, there's going to be no rucks. It was then 15 versus 15 and people offloading out of all sorts of places. It was carnage. At that stage I was wondering, 'What is going on here?'"

Needless to say, Leinster went on to win the game 35-14, with each of their back row starters getting a breakdown turnover to hamper Montpellier's plans. Van der Flier also helped himself to a try, as did replacement back row Dan Leavy.

Having experienced the beauty and madness of Montpellier for a season, and secured that Challenge Cup winners medal, Lozowski returned to Sarries for this season.