"I'm quite surprised that he isn't at least in the broader squad."

South African reporter Craig Ray was not the only person rubbing their eyes and double-checking the British & Irish Lions squad today.

Indeed, before Springbok legend Victor Matfield began his chat with the House of Rugby crew, he was concerned about Ireland's captain.

"What's wrong with Johnny Sexton?" he asked. "Is he okay?"

The announcement of the Lions squad was big news down in South Africa, and House of Rugby Ireland [LISTEN from 26:30 below] heard how the omission of two Irish players caused quite a stir. 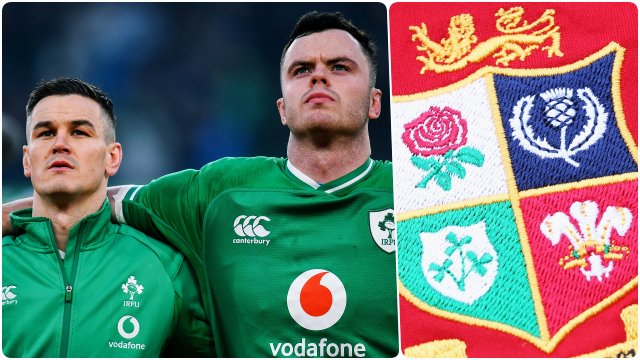 END_OF_DOCUMENT_TOKEN_TO_BE_REPLACED

While we noted - with apologies to Keith Earls - that there were nine big, head-scratching calls by Gatland and his coaching staff, Craig Ray was perplexed at two in particular.

"Looking at some of the omissions," says Craig, who is editor at The Daily Maverick, "Johnny Sexton is a big surprise.

"He's a big name. I know he's had his injury problems and his form hasn't exactly been great, but he's been there and done it. So I'm quite surprised that he isn't at least in the broader squad.

"James Ryan is the other big one. A good, tough forward. I guess someone like Courtney Lawes is a physical character, too, so it probably came down to that call.

"And the rest, I guess, are such close calls. There's a few, here and there, that you can argue about. Not knowing enough about the players' club form, I reckon Gatland has pretty much got it spot on."

SA Rugby Mag lists Sexton and Jonathan Davies as the top backline casualties, with Billy Vunipola and CJ Stander the most unfortunate forwards.

END_OF_DOCUMENT_TOKEN_TO_BE_REPLACED

Over on Supersport, the lack of Ryan, Vunipola, Sexton and Davies raised eyebrows despite Brenden Nel writing that Gatland had selected a strong touring squad.

For Matfield, he agrees with the Alun Wyn Jones captaincy call - "He's a guy that everyone respects" - while he is perplexed that Billy Vunipola and Manu Tuilagi both missed out.

"Those two guys would have been certainties in the team, I would have thought, so I'm surprised they are not there."


popular
Glass half full as Derry's positive play produces five fantastic goals to reach All-Ireland semis
Liverpool set £60m Mo Salah price as contract talks continue
QUIZ: How many of the 10 most successful football counties can you name without making a mistake?
Patrick Vieira claims he was 'much better' than Roy Keane in new interview
Éamonn Fitzmaurice explains Aidan O'Shea's best position and how it can be used against Kerry
Conor McGregor and Floyd Mayweather 'in talks' about a rematch
Matt Le Tissier says he asked Sky Sports why they never sacked Jamie Carragher
You may also like
4 days ago
Stormers' Hacjivah Dayimani still celebrating URC triumph in full kit, four days later
4 days ago
"Brave" Harry Byrne backed to lay down World Cup marker in New Zealand
5 days ago
"It's pathetic!" - Romain Ntamack defended after changing room footage criticised
5 days ago
"I just remember the room erupting!" - Nick McCarthy on coming out to his Leinster teammates
5 days ago
Danny Care and Billy Vunipola make 36-man England squad for Australia
1 week ago
"I was never supposed to be here" - Emotional Ellis Genge reflects on Leicester's league triumph
Next Page