Hot on the heels of deals for Tadhg Furlong, Peter O'Mahony and Kieran Marmion being confirmed, SportsJOE can reveal Rhys Ruddock has signed a contract extension with Leinster and the IRFU.

The 27-year-old has had his excellent form of late rewarded with a three-year provincial deal that will take him up to June 2021 with Leinster.

END_OF_DOCUMENT_TOKEN_TO_BE_REPLACED

Ruddock, son of former Wales and Ireland U20 coach Mike Ruddock, has made 139 appearances for Leinster after his senior debut in December 2009. He has captained his province on numerous occasions and has helped them to multiple honours. 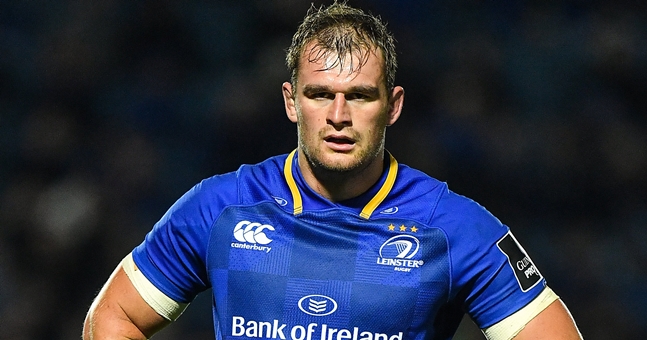 Ruddock has always been a favourite of Ireland head coach Joe Schmidt, who used him regularly during his time at Leinster. During the summer, with Rory Best and Peter O'Mahony off on Lions duty, Schmidt named Ruddock his captain for the tours to America and Japan.

END_OF_DOCUMENT_TOKEN_TO_BE_REPLACED

The back-row has made 13 of his Test appearances in the past 21 months and featured in all three matches in November's Guinness Series, scoring a try in the 38-3 win over South Africa and captaining Ireland to a win over Fiji.

Ruddock was in a good run of form but a serious hamstring tear - sustained in the win over Exeter - has now ruled him out for the remainder of Leinster's Champions Cup pool stage games. There are also fears that he could be out of the Six Nations in a 'Grade 3' tear was confirmed.

Ruddock will at least have the consolation of knowing a deal was signed [back in November] before his injury blow. Another piece of good business if he can return to full fitness and continue in Leinster's upsurge.