Garry Ringrose has signed a new contract with Leinster Rugby until June 2020.

SportsJOE has learned that the 22-year-old has put his name to a new, improved deal with his home province and one that will take him up to and beyond the next World Cup.

Ringrose, who has just returned to competitive action for Leinster, was offered a provincial deal and one that sees him significantly increase his salary.

END_OF_DOCUMENT_TOKEN_TO_BE_REPLACED

Leinster will be delighted to have secured the Ireland international's future. There had been hopes, however, that Ringrose, capped 11 times for his country already, would have been offered a national contract but they are in high demand.

Had Ringrose been offered a national deal with the IRFU, it would have taken him off the Leinster books and freed up some money [a conservative estimate of €200,000] from their annual wage bill. It was not to be but the nature of the deal means that he could soon be bumped to a national deal if his steady rise continues. 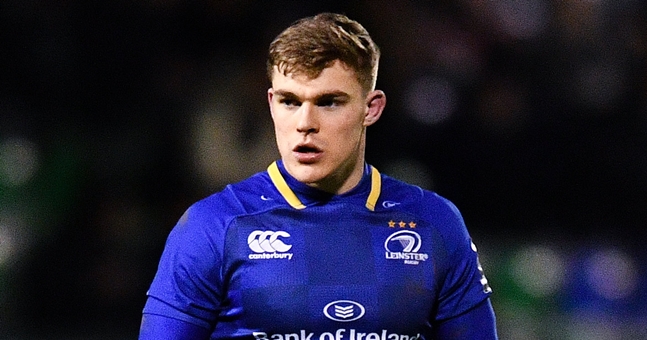 Only recently, Montpellier and Fiji winer Nemani Nadolo raved about the talent and potential of Ringrose and his Leinster teammate Robbie Henshaw. He commented:

"They front up in defence and are not afraid to have a go if they think an attack is on.

"They should do well for Ireland for years to come and I think they could be the next British & Irish Lions centres. Don’t be surprised if you see that in a few years. They’re top players."

END_OF_DOCUMENT_TOKEN_TO_BE_REPLACED

The Ringrose deal is a boost for Irish rugby during a month of uncertainty, with contracts for the likes of Peter O'Mahony, CJ Stander, Rory Best, Rob Kearney, Jared Payne, Iain Henderson and Tadhg Furlong all expiring next June.

Opening offers to O'Mahony, Stander and Henderson were all, we understand, far short of what the players and their representatives would have expected and common ground has not yet been reached.