CJ Stander and Chris Farrell had great games for Munster but they still could not get the job done.

Leinster moved to 20 wins for the 2019/20 season after seeing off Munster 27-25 at the Aviva Stadium. Johnny Sexton bulked up and turned 35 during lockdown, but he remains the same ornery, brilliant outhalf we know so well.

Sexton provided two excellent moments for Leinster - one in attack and one in defence - in the space of three minutes to give his side the breathing room they needed to edge by a determined and luckless Munster.

Farrell was named Man of the Match but our vote would have been settled on a Sexton/Stander coin flip. Ahead of rugby's return - after a long break in the season - Munster head coach Johann van Graan stressed the importance of winning breakdown battles. He commented:

"I think the team that adapt the best to the carrier, and what he can do in that one dynamic movement… is the jackler. I think the role of the jackler is going to be massive. You're going to have to look at your selection, because you've got to make sure that you get jacklers into your team."

Stander was the jackler supreme and it sometimes felt as if he was merely letting the rest of the guys on the pitch borrow his ball for a while, until he really wanted it back.

Leinster trailed for most of the first half as Munster got on the scoreboard through an Andrew Conway try and the kicking of JJ Hanrahan, either side of a Cian Healy response. Typical of this Leinster side, though, they concocted a scoring chance right on half-time, with Garry Ringrose finishing off a grubber through from Robbie Henshaw. 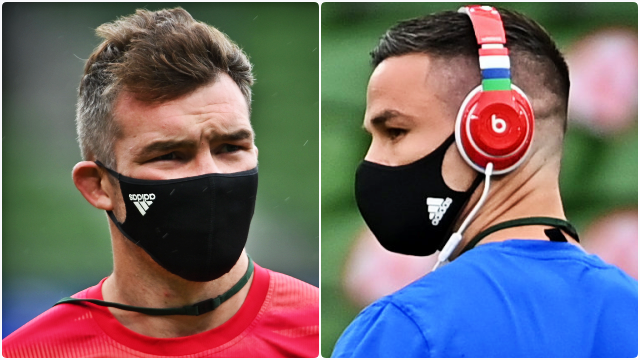 Munster lost RG Snyman and Dave Kilcoyne to injury in the first half and Jean Kleyn in the second, with Rory Scannell having to fill in as emergency flanker. Leinster had injury issues themselves, with Jamison Gibson-Park and Max Deegan both filling in as wingers at different stages of the second half.

The turning point of the game arrived when Sexton won his team a turnover [scrum] with an excellent choke tackle. He had a good game in defence, even if he was jarred by a couple of big CJ Stander carries. He kept coming back for more and lapped up that turnover.

END_OF_DOCUMENT_TOKEN_TO_BE_REPLACED

Off that Leinster scrum, Luke McGrath found his No.10 and Sexton's wonderfully delayed pass took out two defenders. Ryan Baird -its recipient - then timed his pass well to set James Lowe free for his 29th Leinster try. Sexton converted to make it 22-13 and left before the final quarter of the game played out. 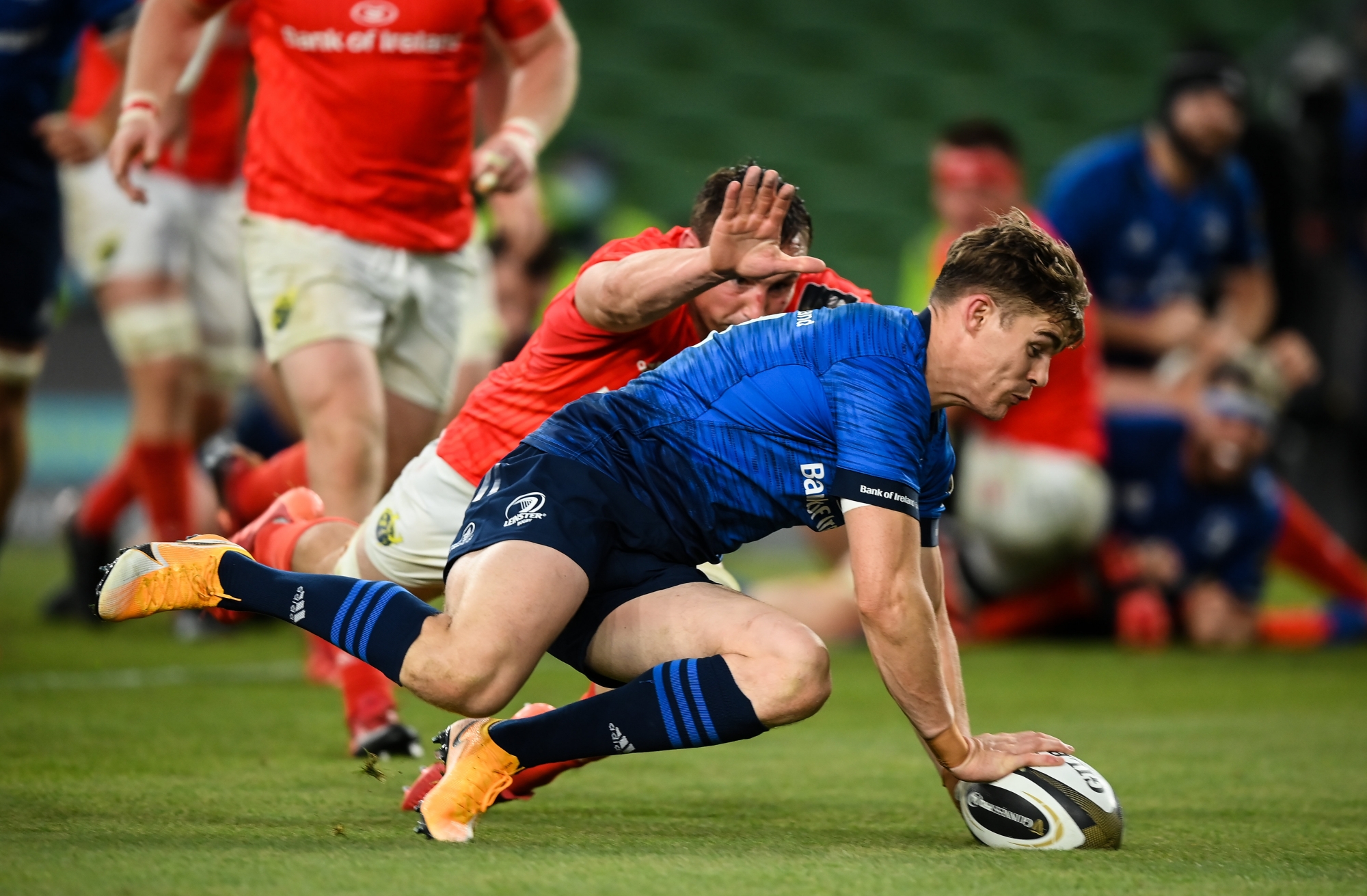 Garry Ringrose of Leinster scores his side's second try during the Guinness PRO14 Round 14 match between Leinster and Munster at the Aviva Stadium in Dublin. (Photo by Stephen McCarthy/Sportsfile)

Keith Earls' brilliant try in the corner gave Munster hope of getting a win out of the game but JJ Hanrahan then missed a conversion to level matters when Andrew Conway got over in the other corner.

On either side of those scores was a crucial Ross Byrne penalty that was the difference maker for Leinster when the final whistle was blown.

OUR MAN OF THE MATCH: CJ Stander (Munster)

popular
The SportsJOE 12 o'clock quiz | Day 286
QUIZ: You have 30 seconds to answer this one tricky football question
SportsJOE 2000s Football Quiz | Round 11
"Djokovic is a tool" - Tennis world turned upside down in day of days
You'll have to be a diehard fan to get 20/20 in this Liverpool players of the 90s quiz
"Newcastle fans have been served up dire tripe for about ten years"
Wayne Rooney story about Memphis Depay shows why he failed at Manchester United
You may also like
2 weeks ago
"It’s a jersey that I’d never swap or give away for no amount of money" - Ian Keatley
1 month ago
Danny Care accuses Munster players of 'rolling around and diving'
1 month ago
"It's something I have been pushing towards since I was very young" - Shane Daly
2 months ago
"It was rock bottom... I was going to pack my bags and start farming" - CJ Stander
2 months ago
"I could feel that connection at Soldier Field. Axel was there, 100%" - CJ Stander
2 months ago
"There is no doubting Baird is a future Irish second row, long-term" - Paul O'Connell
Next Page