'That wrapping Sexton in cotton wool stuff is bullshit'

Play him smart, but play him.

Johnny Sexton best rest up in Portugal as it gets far too serious from the moment he lands in London, late next week.

As a rugby nation awaits on reports on Joey Carbery's ankle, attention will soon turn to a warm-up game against England can could well increase the injury toll.

England fans were left worrying over Tom Curry and Elliott Daly after their win over a Wales side that lost Gareth Anscombe to a bad knee injury. Over on these shores, Carbery is the major concern but Rob Herring [back] and Devin Toner [ankle] also left the fray in discomfort. 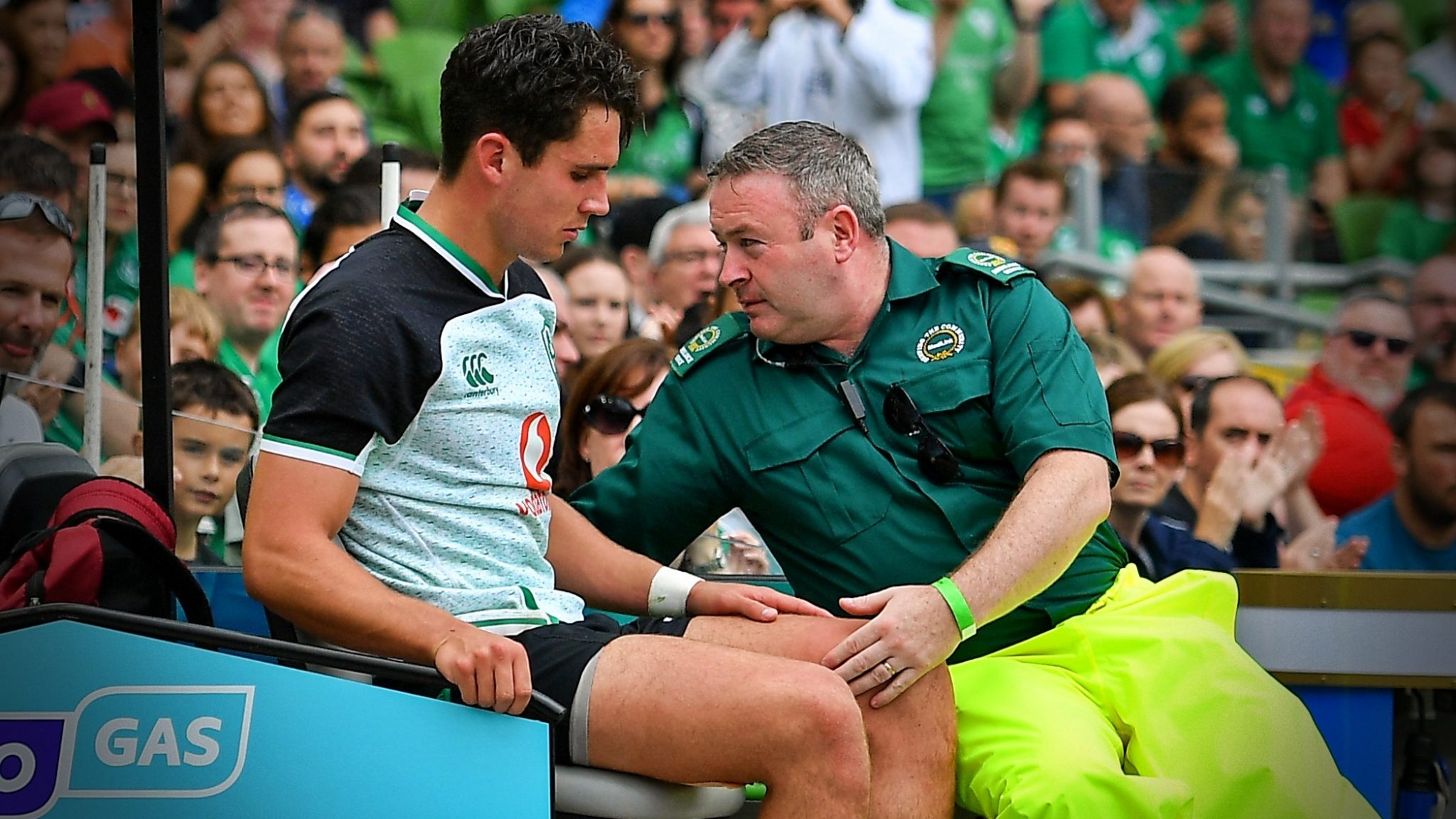 Ireland face England at Twickenham on August 24 before back-to-back dates with Grand Slam champions on August 31 and [in Dublin] September 7. The dilemma for Ireland head coach Joe Schmidt may soon be whether to risk Sexton picking up an injury or going easy and paying for it with a slow start at the World Cup.

Following his side's 29-10 win over Italy, Schmidt mused, "You’re right, then [if Carbery is out longer than expected] we may adjust our plans. We know we have to hit the ground running. We know how big the Scotland game is and we can't really afford to have anyone underdone either."

The Irish out-half situation was discussed on the latest episode of Baz & Andrew's House of Rugby [from 33:00 below] and Jerry Flannery, for one, is not in favour of taking Sexton from the line of fire. 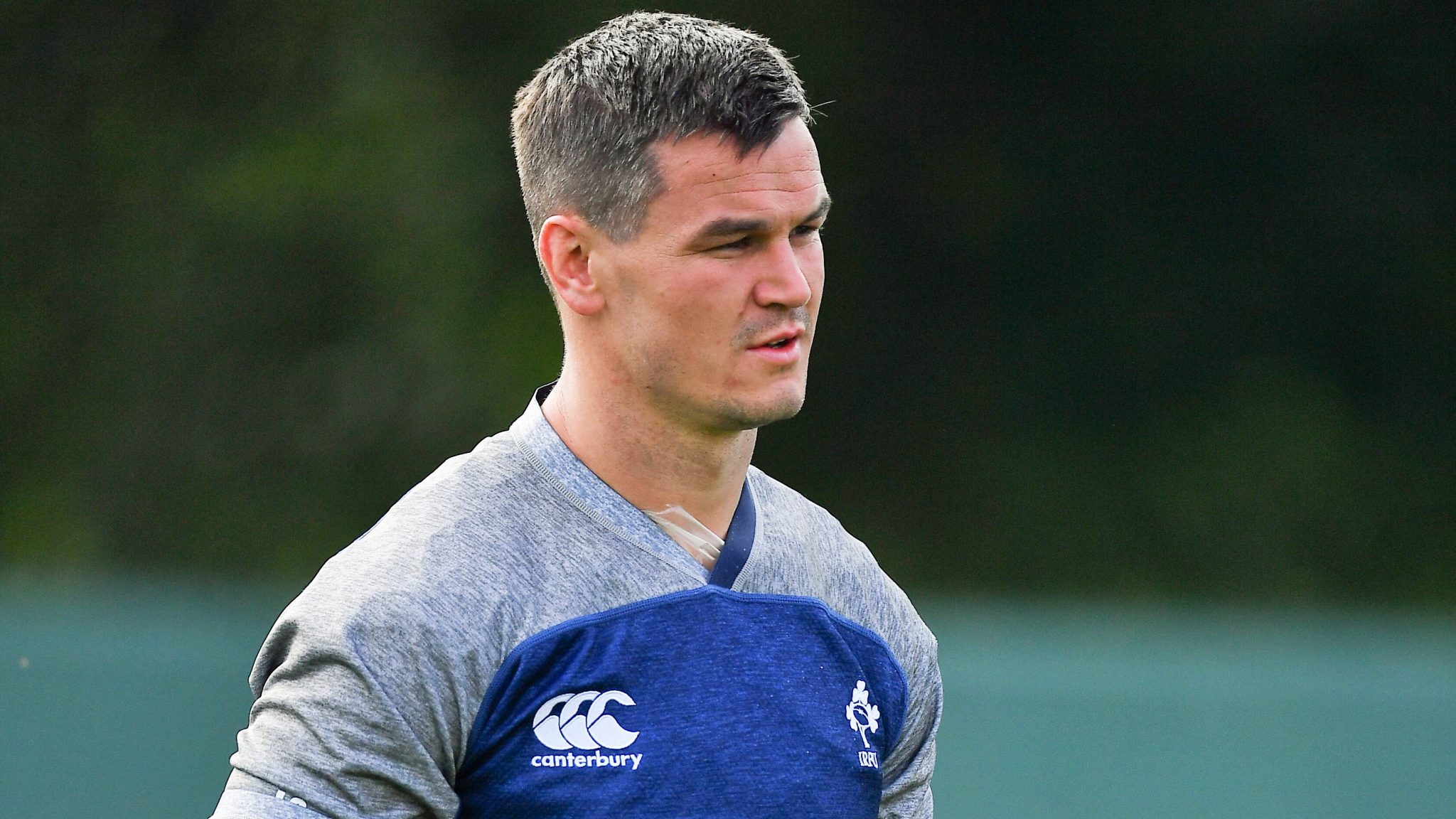 END_OF_DOCUMENT_TOKEN_TO_BE_REPLACED

"With Carbery struggling," host Andrew Trimble began, "and maybe not going to get that much game-time between now and the World Cup, assuming he gets back in time, should we play Johnny Sexton less? Because Sexton is even more important to us now."

On the idea of leaving Sexton on the bench or out of the games completely, Flannery declared:

"No, that’s… the wrap him in cotton wool stuff is bullshit.

"It doesn’t work. It doesn’t… you can definitely play smart. You need to get… Johnny Sexton is the best player in the world, so you need to get game-time into him to get him up to speed.

"You can’t just expect to not give him any game-time and expect him to be firing on all cylinders going into the Scottish game. So they’re going to have to play him. They might just be smart about how much they use him, but he has to play. And hopefully Joey is back and can take some of the pressure off him, because Joey is clearly the second choice."

Asked by Trimble if Sexton starting one of the next three games would be enough, Flannery disagreed. "I think he's got to play more regularly. He'd definitely want two starts."

Trimble feels Jack Carty would be the back-up to Sexton if Carbery's injury is as bad as feared and that the Connacht man would, therefore, need a start against either England or Wales.

"Hopefully Joey is fit to play again before the World Cup," said Flannery, "but, in the meantime, Sexton has to start and Carty can come off the bench."

popular
Only old-school fans will get 20/20 in this 1990s footballers quiz | Part 2
How The Mountain lost 36kg ahead of boxing fight with The Beast
The SportsJOE 12 o'clock quiz | Day 186
Sam Bennett's green jersey masterclass got Lance Armstrong talking
Rio Ferdinand story about Dwight Yorke conversation shows Alex Ferguson's ruthless streak
"He's found a way to do it. Whether that's good or bad for the game, I don't know"
QUIZ: Can you name every player to score four goals in a Premier League game?
You may also like
13 hours ago
QUIZ: Can you beat the clock to name Ireland's record goalscorers?
1 day ago
Will Ireland's best scrum-half please stand up?
2 days ago
The Ireland XV we would start against Italy
1 week ago
"We'll have to be 10 times better than we were against Ulster" - Robin McBryde
1 week ago
Anthony Stokes has Livingston contract terminated after Astro Turf struggles
1 week ago
Andy Farrell will be sorely tempted to finish the Six Nations with these lads
Next Page