"A lot has happened since. Yeah, it does feel like a long, long time ago."

The last time Johnny Sexton played at Stade de France, there were 74,478 souls packed inside and Ireland needed a Hail Mary play to end all Hail Mary plays just to keep their championship hopes from flatlining.

Sexton, in his most famous moment in the green jersey to date, stepped up and slotted a 46-metre drop goal, after 41 Irish phases, to rescue a 15-13 victory from the belly of defeat. It was the catalyst for the nation's third ever Grand Slam and for Sexton to be named World Rugby Player of the Year.

We are two years and eight months out from that moment but the memories and questions come flooding back as what the Ireland captain is now facing. This Saturday (8:05pm kick-off), he will try to lead Ireland to their fourth championship title since 2014 against a resurgent but not unbeatable French outfit.

"It's great to be back in that situation now where we have a trophy on the line," says Sexton. "It's in our own hands in many ways, no matter what happens in the games before we'll still be going onto the pitch being able to win the trophy, which is what you play for.

"You train hard for these big days and yeah, we're looking forward to it now and like I said, we're just trying to concentrate on our performance and make sure if we can get that right it gives us a chance." 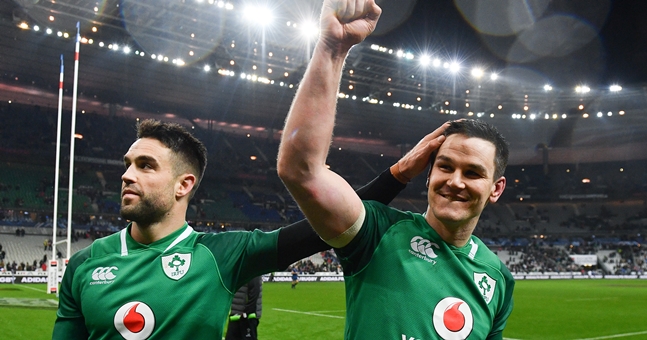 Ireland will have the advantage of knowing exactly what is required to go out against Les Bleus and take the Guinness Six Nations trophy back home. Should England run up a score on Italy, it is most likely that Andy Farrell's side will need a win combined with a try-scoring bonus point to win that trophy.

Asked if that task is "impossible", Sexton muses, "Yeah, I suppose... we'll just have to wait and see, won't we? All we can control at the moment is our performance.

"So what we're trying to emphasise to everyone in the squad at the moment is that we need to get our performance right, no matter what. If it's just a win, if it's a bonus point win, we're still going to have to play well, no matter what.

"So let's just focus on that aspect and hopefully....we know that if we can perform well then we'll give ourselves chances, and then it's up to us try and take those chances on the day and be clinical."

Another thing going in Ireland's favour is that Stade de France will be as sparsely populated, on Saturday, as it was in their 38-21 friendly win over Wales, last weekend.

END_OF_DOCUMENT_TOKEN_TO_BE_REPLACED

Sexton sees that from another perspective. "Yeah, you could say that [it's an advantage], but I've played in the Stade de France before when they've turned on them, and it works out as a positive for us and a negative for them. You can look at it whatever way you want.

"It's more like a neutral venue. They've had a week there, played last weekend and they'd be familiar with it. But, look, we'd obviously prefer to play in an empty stadium against them, than in front of 80,000 supporters. It is what it is. Still, a part of me probably wishes there was a crowd there. You'd miss it and you'd miss the supporters but hopefully it won't be too long getting them back in."

France are set to be without Teddy Thomas and Bernard Le Roux for the game but Sexton notes their pack as being full of 'big men with lots of power' as well as name-checking Viremi Vakawata, Gael Fickou and former France Sevens star Arthur Retière as backline threats. On Retière, Sexton says:

"They're talking about Retière coming up from La Rochelle. I know him from Racing. He can play 9 or on the wing. He's an outstanding athlete - fast and elusive - and I suppose all their wingers are in that category. So, no matter who plays you have to be doing the same things for all of them." 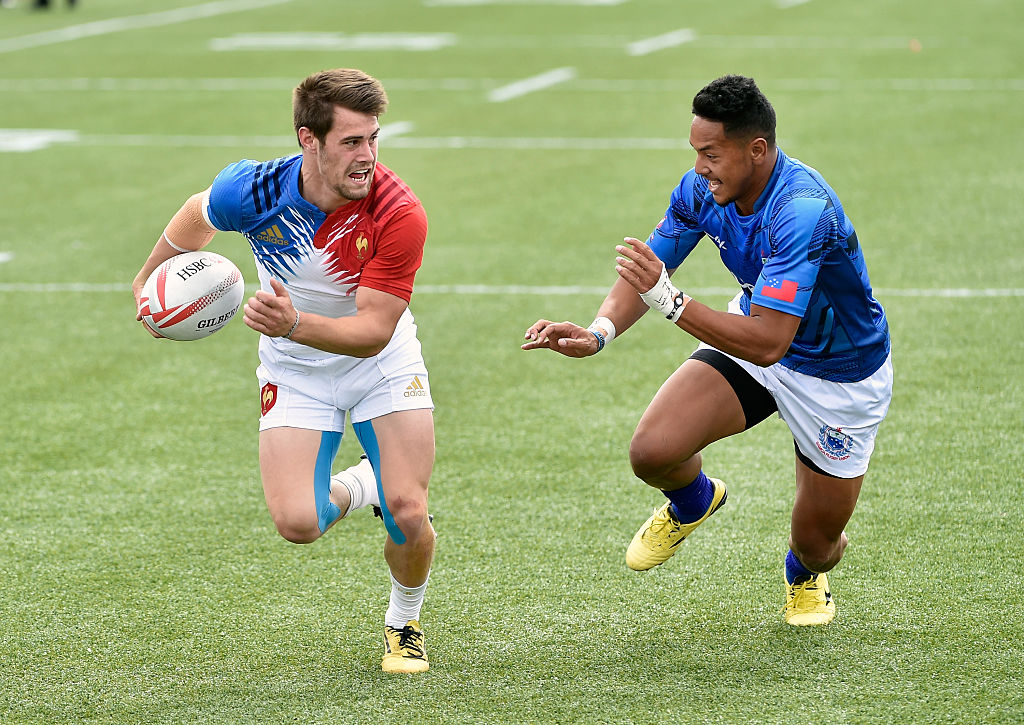 Retière only made one senior appearance during his time with Racing, during which he played seven times for France U20s, before moving to La Rochelle. The versatile back is only 5-foot-7 but possesses electric pace and impressive footwork.

As captain of a team with so many burgeoning young talents, Sexton was asked if he had any special words planned for those that may not have played such a big Test match as Saturday promises to be.

"No," he responds, "I don't think I'll be saying anything special. This part of the week is all about nailing our detail in and around our rugby stuff and at times we did that really well against Italy on Saturday and at times we didn't, and they were the times we got ourselves into trouble.

"That's what we've been trying to fix up, those things that we did wrong against Italy and to make sure we get a more complete performance on Saturday."