Johnny Sexton on what was said at Ireland's Friday night meeting

"Some of the messages that have come out of the camp were not accurate... to suggest that we have thrown away everything is just wrong."

Johnny Sexton was asked, after Ireland's 24-14 win over Wales, if that was the 'most enjoyable' game in green he had had for a while. "Yeah," he replied. "It wouldn’t be hard after last year."

2019 was the year it all crumbled to dust for Ireland. They slipped from Grand Slam champions and All Blacks conquerors, and chasing the World No.1 ranking, to third in the Guinness Six Nations, a World Cup warm-up thumping at the hands of England, and bleak World Cup losses to Japan and New Zealand. They began 2020 as No.5 in the world.

The opening round of the 2020 Guinness Six Nations saw Ireland dig deep to shake off a determined Scotland, in Dublin. They were fortunate that the fixture list sent Wales their way next for another home tie. The Welsh rolled over Italy in their championship opener but Ireland were several levels above the Azzurri.

Ireland started strong and rode a cracking Tomos Williams try to go in at half-time 12-7 ahead. Josh van der Flier's converted try put Ireland 19-7 clear and they were let off the hook by the TMO as Hadleigh Parkes' stretch for the line was deemed 'no try'. Ireland absorbed some fierce pressure before winning a scrum penalty and barrelling out of their own half. The killer blow was delivered by the excellent Andrew Conway and Ireland too control of the standings. 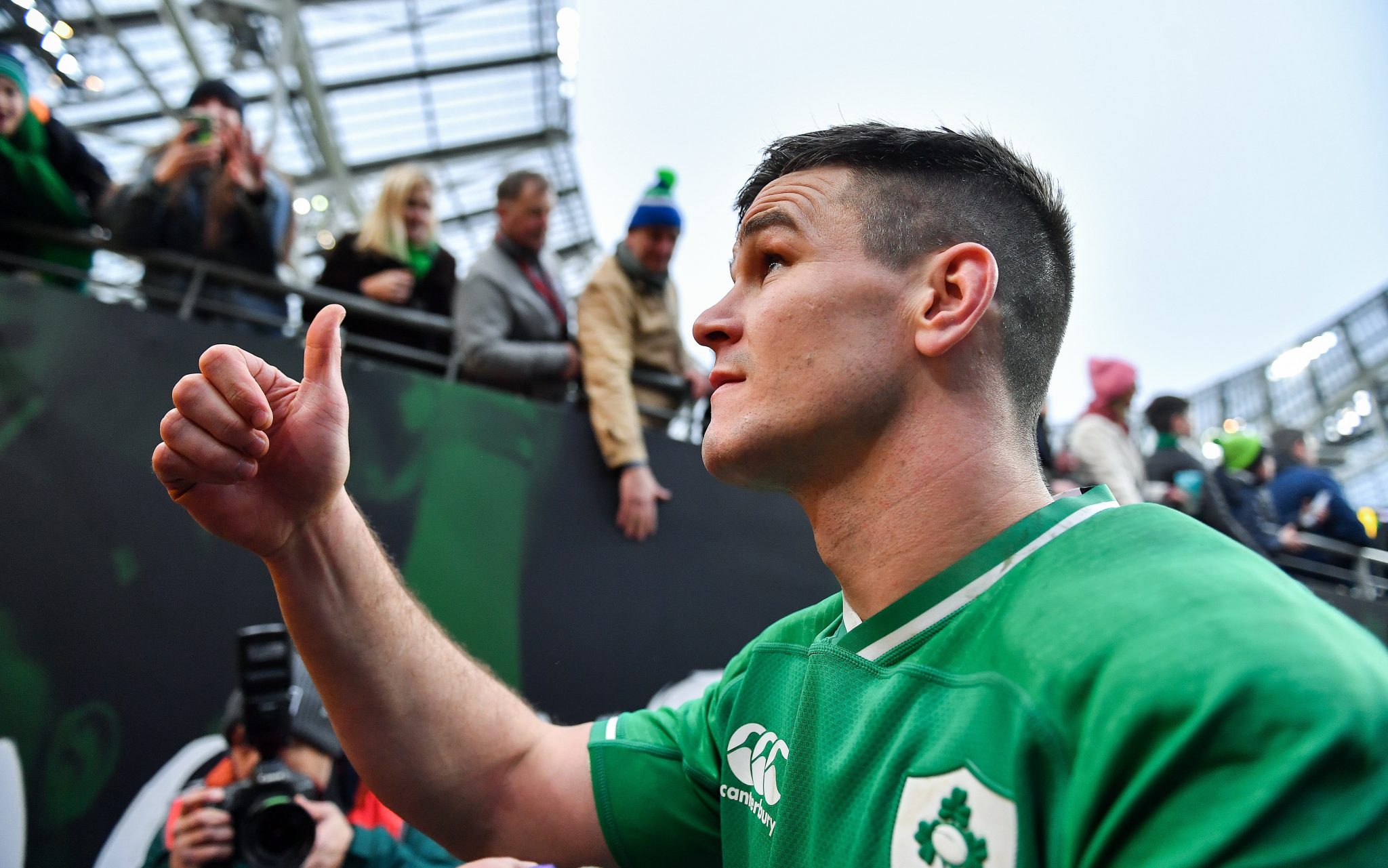 Following the game, Johnny Sexton spoke about a Friday night meeting that took place at the Ireland team hotel and focused the minds before battle. Former captain Rory Best spoke about Joe Schmidt seizing too much control during the World Cup.

Andy Farrell was more than happy to hear his captain was taking a players-only meeting the night before this crucial game. On the meeting, Sexton said:

"What we spoke about last night was what the coaches had given to us all week, and trying to put responsibility on ourselves to deliver that. We felt that we didn't do that, last week, to the best of our ability and we talked about why that was the case.

"It was just about fixing up those little bits that would allow us to get back into the game and show some of that stuff that we were working on. That was really it. Obviously there was some motivational stuff that you want to get across. We wanted to show what it means to us to play for Ireland.

"We didn't see that as much last week as it was a stop-start game, and you don't get to celebrate tries. We got a bit of everything today, so that was great."

The Ireland captain said one of the main ideas was to get the ball into the hands of the back three - of Conway, Jordan Larmour and Jacob Stockdale - and that was certainly the case today. Between that trio, they made 33 carries, for 185 metres with seven line breaks and two tries.

END_OF_DOCUMENT_TOKEN_TO_BE_REPLACED

Asked if that was 'a 2018 performance' from Ireland, Sexton took umbrage with some articles - albeit based on some pretty strong primary sources - about Ireland making a fresh start after Joe Schmidt.

"Look, we’re trying to move forward," he began. "To suggest that we have thrown away everything that we learned under Joe is just wrong… some of the messages coming out were not accurate."

Ronan O'Gara and Shane Williams drop into the House of Rugby studio for a chat with Barry Murphy, Andrew Trimble and Jerry Flannery. The gang preview the Guinness Six Nations clash between Ireland and Wales, talk Johnny Sexton, and Matt Williams proves to be a legend during a phone-call forfeit.

popular
The SportsJOE 12 o'clock quiz | Day 143
SportsJOE 2000s Football Quiz | Round 12
Brooks Koepka puts PGA Championship leaders on notice with final round comments
Rory McIlroy defends Dustin Johnson after Brooks Koepka comments
Collin Morikawa makes huge world rankings leap as Lowry drops back
Only a Champions League fanatic would get full marks in this quiz
Three teams Leinster can pit against each other to prepare for Munster
You may also like
1 day ago
QUIZ: Can you name every Irish goalscorer from the 2019/20 Premier League?
1 week ago
James Ryan's misfortune opens Leinster and Ireland doors for Ryan Baird
2 weeks ago
Ireland set for Six Nations decider in Paris on October 31
3 weeks ago
We challenge any rugby player to top Jack McGrath's lockdown hobby
4 weeks ago
James McClean opens up on sickening, Covid-related hate mail
1 month ago
When the President interrupted a Euro 88 pint between Charlton and Dunphy
Next Page