With gusts swirling about Lansdowne Road on Saturday afternoon, a strong kicking game was always going to cause issues.

Conor Murray remains one of the best box-kickers in the game and his steeplers caused a few problems for the Welsh in their Guinness Six Nations encounter. During Ireland's 24-14 victory, Murray put the ball into the air on nine occasions and no-one kicked more metres (220) than him.

Munster, Ireland and even the Lions have benefitted greatly from the Limerick native's box-kicking in recent years but 2019 appeared to be the year opposition teams figured out how to negate that threat. An extra player would often drop back in anticipation of the kick, jumpers would be shielded and kick-chasers would be screened and blocked. It looked to be a defunct tactic but there are times when it can still cause chaos.

Both Jacob Stockdale and Andrew Conway got up to contest well and, a few times, slapped the ball back towards their on-rushing teammates rather than go for the clean catch. Johnny Sexton pumped a few contestables into the skies too but it was a variant to the Irish tactics. This was not all about putting leather to the ball; there were some nice passing moves and the back three had much more involvement than last week.

Murray was not all about putting air under the ball, however. He made seven carries, which included a few nice snipes, two try assists, showed up with some nice trail runs, had tempo to his passing when it was required and got a lovely offload away to spark a break to the left flank. 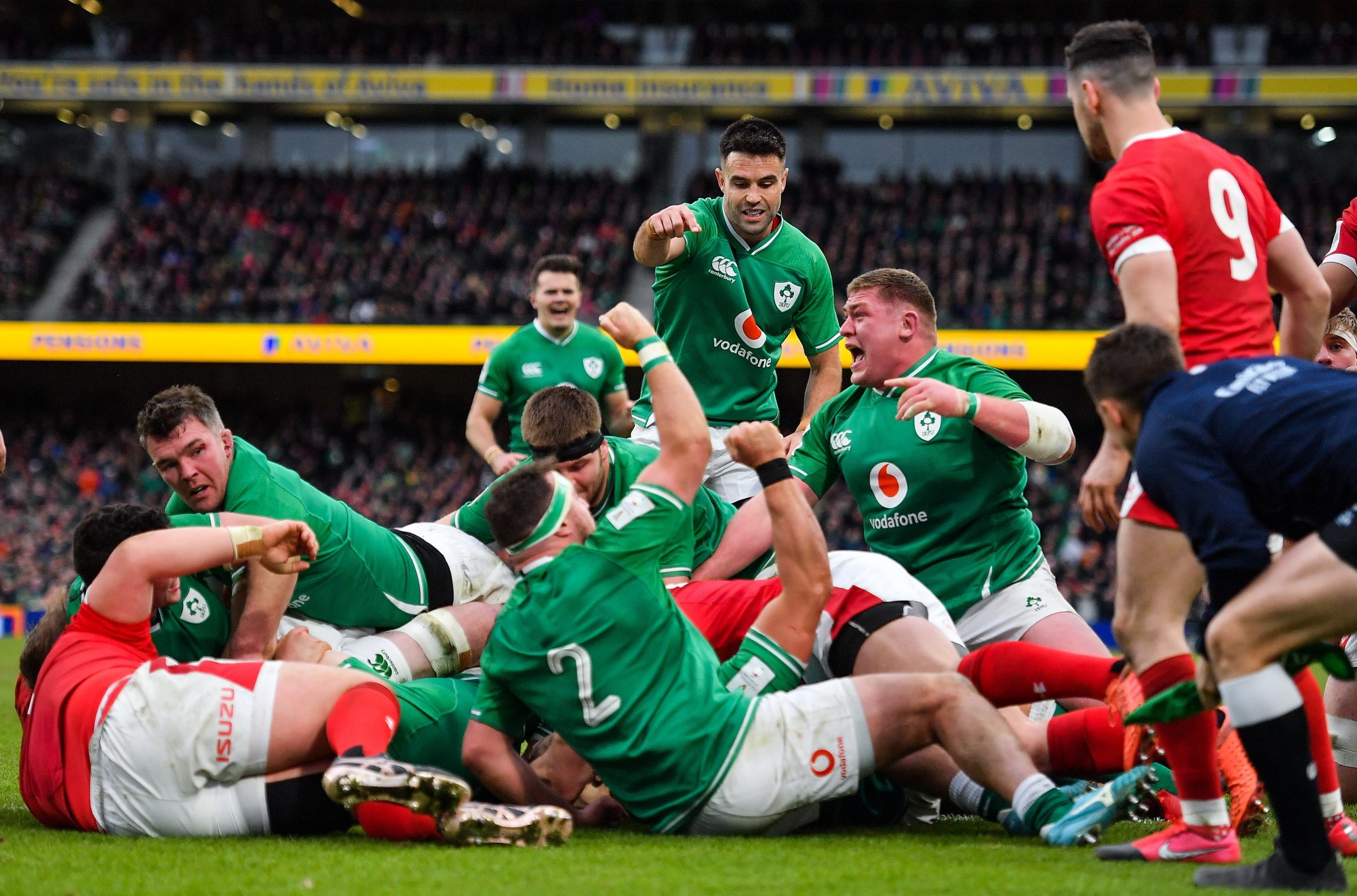 Andy Farrell gave John Cooney a 20-minute cameo in the opening day win over Scotland but, falling back on something Joe Schmidt often did, only replaced Murray in the final stages. The Munster No.9's final act on the pitch was one of his only blemishes, knocking on after gunning for the tryline and meeting two well-set Welshmen in his path.

The warm applause that greeted Conor Murray as he left the pitch told you how highly the Irish supporters rated his performance. Post-match, Sexton was beaming when he spoke of his half-back partner:

"Outstanding. Outstanding. He was brilliant all day. His little snipe off the maul in the second half and the offload out the back of Bundee Aki to me, was top-class. That gave us the field position into the corner which built a lot of pressure on them from there.

"His box-kicking, which is... sometimes when you do something so well, then suddenly everyone gets sick of it and they start giving out about it. But it won us the game, the few box kicks that he did in the second half that created pressure on them were outstanding and in such tough conditions. I'm delighted for him, absolutely delighted for him."

With Ireland's two main men looking back to their best in the green jersey after a rough 2019, there is every reason to be hopeful that a Triple Crown can be claimed at Twickenham in two weeks' time.

Should Ireland leave London with some silverware, the entire championship should be there for the taking.

Ronan O'Gara and Shane Williams drop into the House of Rugby studio for a chat with Barry Murphy, Andrew Trimble and Jerry Flannery. The gang preview the Guinness Six Nations clash between Ireland and Wales, talk Conor Murray's day of destiny and Matt Williams proves to be a legend during a phone-call forfeit.

popular
"I was like, ‘My ear is hanging off my head. Can you not see that?!'"
QUIZ: How well do you know Manchester United players of the 2010s?
The SportsJOE 12 o'clock quiz | Day 307
QUIZ: Name all 50 of these 2000s Champions League players – #4
Cristiano Ronaldo sets rough retirement date
QUIZ: Identify the missing sponsors from these football jerseys
"Hang on lads, there is more to life outside of Dublin" - Connellan is a rebel with a cause
You may also like
3 days ago
"I’ll work towards getting into the real world and start another life" - Johnny Sexton
4 days ago
'We haven’t performed to the standard that everybody else expects us to"
4 days ago
36-man Ireland squad announced for Italy clash
6 days ago
"People associate hardness, ruthlessness and 'Fear of God' with Paul, but that's 1% of him"
1 week ago
"You’re not pushing robots around the place. We all have bad days" - Ronan O'Gara
1 week ago
Tomás O'Leary calls for Craig Casey to get No.9 jersey for Italy
Next Page