Joey Carbery reveals what he wants to learn from Stephen Larkham

Joey Carbery has said that he is looking forward to picking Stephen Larkham's brain after the former Wallaby joined Munster's coaching staff earlier this month.

Larkham joins the province after a stint as Brumbies head coach followed by a period where he was positioned as Australia's attack coach.

Larkham was widely considered as one of the greatest fly-halves of his generation and the young Ireland pivot has said that he wants to quiz him about his decision making process.

"Yeah I would have watched a good bit, he's a pretty good player," said Carbery as part of Avonmore Protein Milk’s ‘You’ve Got This’ campaign.

"It was pretty cool that he played a bit of fullback as well and moved into 10 a bit later. I can see the relevance there so it would be great for me to work with him on a personal level but then, when he was coaching with the Brumbies and Australia, you could obviously see the way he played in the way that the teams were playing.

"He seems to be a guy who coaches on instinct and what he sees which is pretty cool to see.

"You could probably pick his brain on [topics] like did he have any cues to see space or something like that.

"That's always a big thing in today's game [is] being able to pick the right option; whether you run, kick, or pass. Being able to play in space, what you see, and seeing it early and giving you the time to get your method in place."

Johann van Graan has also helped guide Carbery through his first full season at 10 and he has said that the South African has been very encouraging and given him license to go for plays during games. 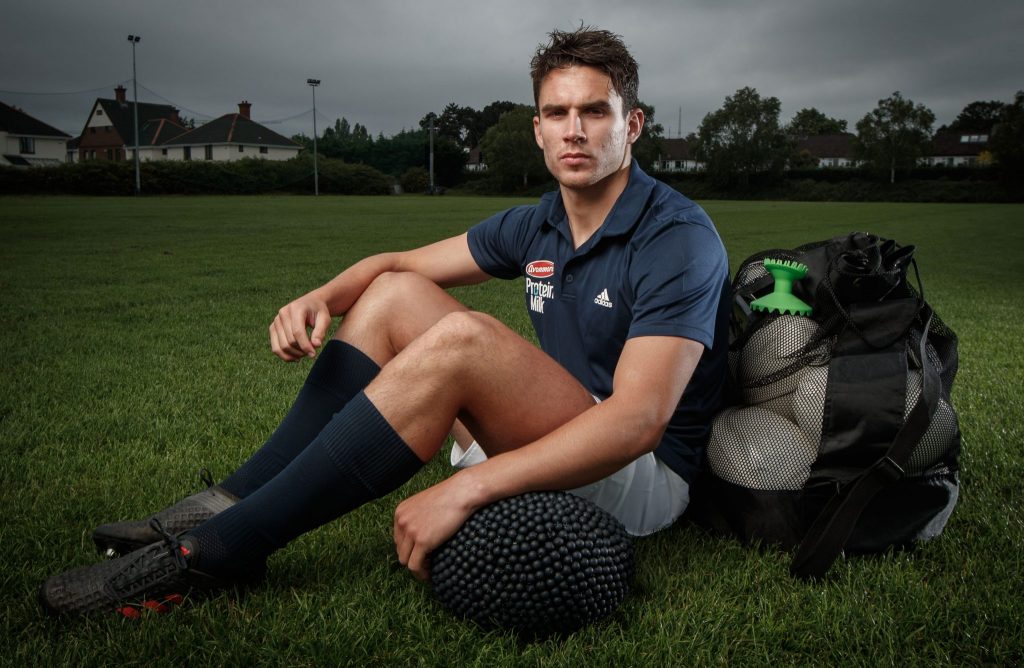 "Yeah he does. He watches a lot of rugby and you can chat to him about how a game or what do you think might happen -- which is good.

"Then also he gives you the license to back yourself as well. If he's like "if it's on, it's on" and you go, he'll trust you and back you. It's nice to have that reassurance at the end of the day as well." 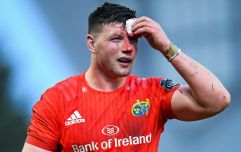 'Be who you want to be, and give everything to the jersey' - The rise of Munster's new breed

END_OF_DOCUMENT_TOKEN_TO_BE_REPLACED

Larkham will replace Felix Jones in the Munster camp while former England assistant Graham Rowntree will come in for Jerry Flannery.

Carbery said both coaches put in a huge amount of effort at the province and added that they will be missed next season.

"Yeah, very sad. Two very good guys and two great coaches as well. Their commitment and the time they put in into getting the team right is...they put in so much hours behind the scenes that we don't see.

"They're a huge loss and even just how nice the guys they are, you can always sit down and chat with them if you needed to. They're going to be a huge loss."

International Rugby Player Joey Carbery who is inspiring others through his performances last season, showcasing that hard-work and dedication are key to success, as he launches new Blueberry Protein Milk.


popular
QUIZ: Name every player that's scored three or more Premier League hat-tricks
The SportsJOE 12 o'clock quiz | Day 111
'ROG was the kingpin... he just wanted to win, win, win' - Barry Murphy
"Some of the guys have put a lot into it" - Felipe Contepomi confident Leinster can start fast
Felipe Contepomi believes Leinster don't need to shop abroad
You have two minutes to complete this quiz on Irish hat-trick heroes
The SportsJOE 12 o'clock quiz | Day 109
You may also like
1 month ago
Tadhg Beirne on the Wayne Pivac request that helped change his career
4 months ago
Pro14 Preview: Munster v Southern Kings
6 months ago
Connacht name strong 15 as Munster make 10 changes
6 months ago
'Munster can't be seen to condone it. But they should be backing their doctor' - Jerry Flannery
1 year ago
Why Munster should not sign France centre Mathieu Bastareaud
1 year ago
How Joey Carbery went from an off day in Castres to can't miss goalkicker
Next Page