It began as a notion, was put to Ulster director of rugby Les Kiss and gathered momentum from there.

Joey Carbery had been excelling for Leinster at fullback but Joe Schmidt had given him an outing against the United States, last summer, as outhalf. When Carbery got another chance, and tore it up, against Fiji it convinced many that his long-term future was as a 10.

The only problem was Johnny Sexton blocking the way at Leinster and for Ireland. Added to that was the fine form, and goal-kicking of Leinster teammate Ross Byrne.

END_OF_DOCUMENT_TOKEN_TO_BE_REPLACED

Schmidt was asked about Carbery being loaned out to another province to gain more experience at outhalf but, wisely, he left that matter to Leinster and Carbery to mull. Ulster could dearly do with an outhalf so, when he was down in Dublin for media duties before Christmas, Kiss was asked about loan deals for Carbery or Munster's JJ Hanrahan.

Ulster would consider either, the Australian answered, but it may not be as simple as that.

The 22-year-old joined The Hard Yards podcast and [from 34:00 below] addressed those Ulster links.

"I haven't considered it," says Carbery.

"If someone from Leinster came up and said it to me, then maybe I would consider it. But the chat has only come from the media so I'm not paying too much attention to it, to be honest."

The bags are not getting packed for a road-trip - one-way, return or otherwise - just yet, he confirms.

END_OF_DOCUMENT_TOKEN_TO_BE_REPLACED

The priority is getting back on the training pitch and getting a feel for the ball again. "My hand got caught [against Fiji] between the guy tackling me and myself," he explains. "It just got bent backwards and I broke three bones in my wrist. I'm on the flip-side of it now and will hopefully be back training on Thursday and back training fully next week." 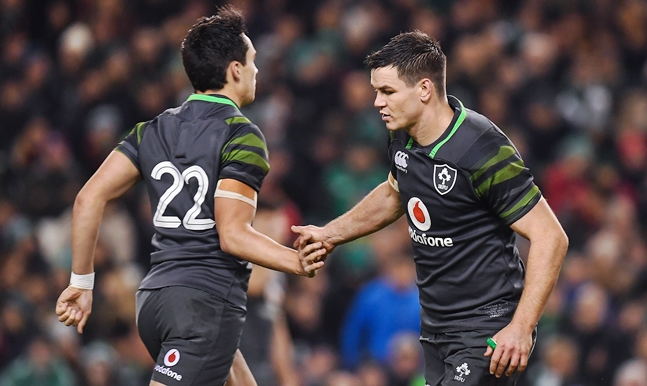 On the day we spoke with Carbery, he was just off the pitch from a goal-kicking session with Ireland's Richie Murphy. Leinster teammates Ross Byrne and Cathsl Marsh also benefited from Murphy's presence, and tips. Asked about his kicking, Carbery said:

"I'm pretty confident and the more I work on it the better I'm getting. Hopefully, I get a bit more time on it in a match scenario. In training, we're putting ourselves under as much pressure as possible to simulate match conditions.

"I'm pretty happy with how it's going... every chance I get, hopefully, make a point and prove myself. I've just got to keep my head down and work hard and get this wrist right."

You will not find Carbery cribbing about needing more chances to kick at goal. "When you've got the lads kicking it over the bar, you've got to respect them as well," he says. "I've just got to work hard on the training pitch so that when I do get the opportunity, I get it over as well."

END_OF_DOCUMENT_TOKEN_TO_BE_REPLACED

The provisional timeline for return, in Carbery's mind, will be the away trip to Montpellier on January 20. Outhalf, fullback or wherever Leo Cullen and Stuart Lancaster can squeeze him in, Carbery just wants to get back out there and make an impact again. 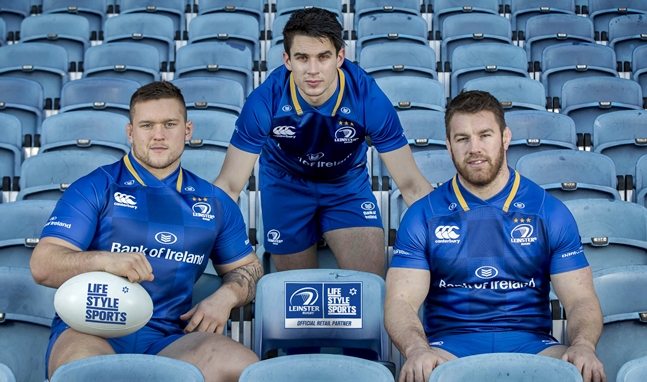