Would New Zealand have done likewise were they in a similar situation?

Joey Carbery will not remember his first World Cup game with too much fondness.

The Munster outhalf famously made his Test debut, off the bench, in the 40-29 victory over New Zealand in 2016. Back then, it felt like the beginning of something special for this Irish team.

END_OF_DOCUMENT_TOKEN_TO_BE_REPLACED

Three years on and it may well be just another of those giddy highs we seem capable of in every year but a World Cup year.

Ireland followed up their Pool A victory over Scotland with a ragged, lifeless 19-12 defeat to Japan at Shizuoka Stadium. Ireland were in the fight for 21 minutes - leading 12-3 after two tries - and they led all the way up to the 56th minute. In truth, they were second best for most of an energy-sapping afternoon and Japan fully deserved their 19-12 win.

Irish fans would have tuned in, or watched from the stands, confident that their side would win a game that would all but guarantee top spot in the pool. Instead, most were left watching from behind their hands as their heroes struggled to hang onto a losing bonus point.

How did it come to this? Very simply, Japan were revved up from the first to last minute and Ireland were out on their feet. Even the usually energetic and physical James Ryan and CJ Stander were left taking carries from standing starts.

The end-game involved Japan knocking on and Ireland getting the ball back just yards from their own line. Conor Murray - still on and flagging badly - threw the ball back to Joey Carbery, who opted to punt the ball long and out. 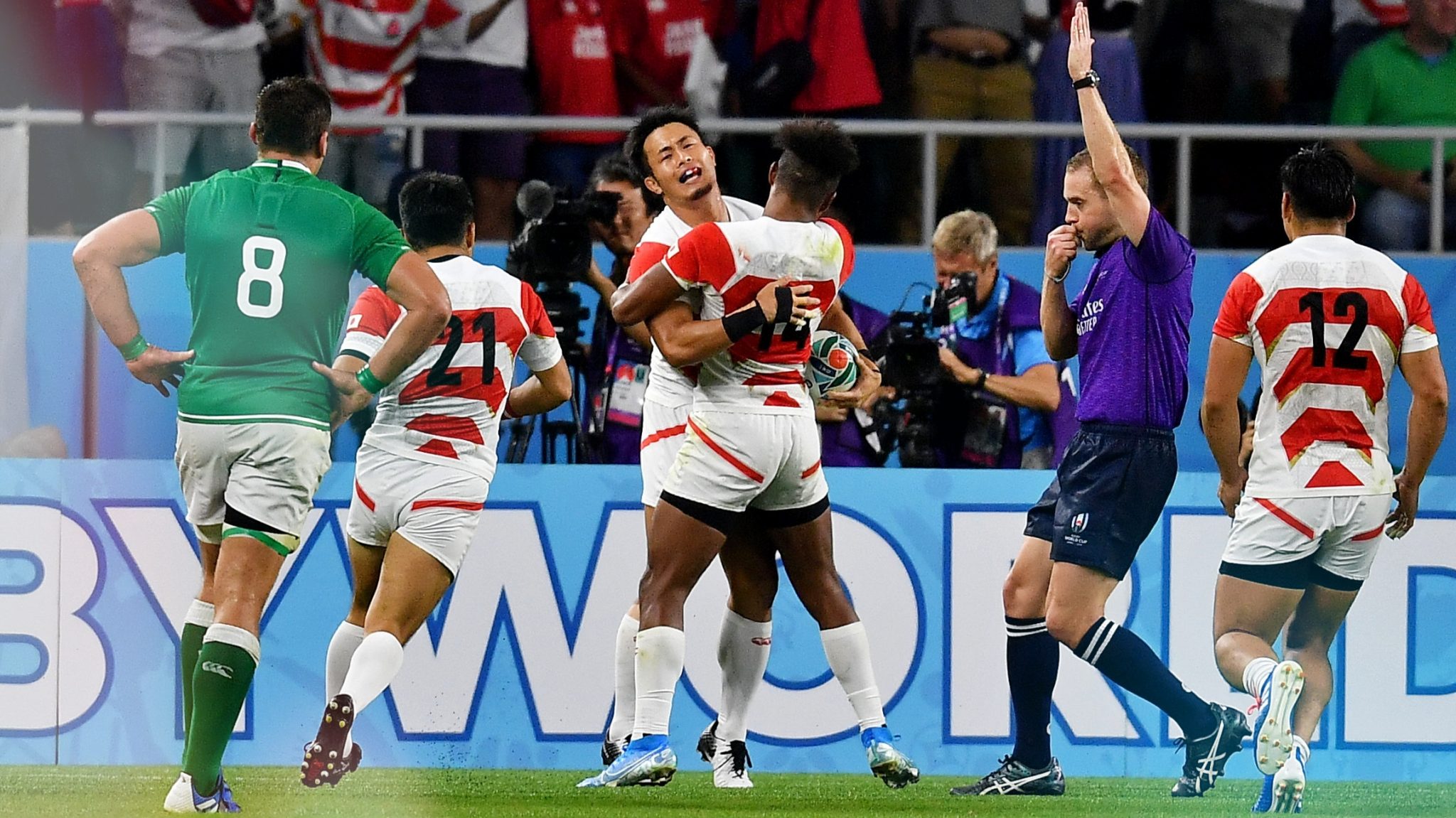 It ended the game and left Ireland with a point, taking them to six in the group and good enough for second behind new overlords Japan (on nine). Carbery had another couple of options he could have pulled the trigger on:

END_OF_DOCUMENT_TOKEN_TO_BE_REPLACED

Passing across the backline, even though they were behind their own tryline, and trying to go through the phases.

Kicked a contestable up-and-under if the hope that Ireland could get the ball back in their 22 or force a Japanese knock-on.

Instead, he got the ball out and, for the pool stages at least, Ireland live to fight again. Following the match, Schmidt back Carbery's call. Asked if he made the right decision, Schmidt told reporters:

"Yeah, potentially the bonus point could be really important,. It means that we’ve got six points from our two pool games so far, Japan have got nine and Samoa have got five. So they're the ones who've got points so far and you've got to finish in the top two.

"So, keeping that bonus point allowed us to stay in front of Samoa in the short-term and we know that Scotland will be a player and Russia will line us up in five days' time.

"As I said, those tight turnarounds are pretty tough going and we will, I suppose, have to chase a little bit now because we want to stay within a chance of topping the pool. Certainly we've got to get in the top two."

END_OF_DOCUMENT_TOKEN_TO_BE_REPLACED

In fairness to Carbery, he had upped the attacking tempo when he came on and had not dropped Ireland in the hole they found themselves in. The player himself said he would have liked to run the ball but he felt the Japanese press cut that option out and he went for the kick.

Up next for Ireland are Russia, on Thursday, who have lost to Japan and Samoa so far.


popular
"Some of the generals wanted me executed" - Irish rugby legend on flag caper that went wrong
"Johnno went, 'We’re not moving! You're trying to mess us about!'" - Ben Kay recalls red carpet controversy
Rio Ferdinand claims that Cristiano Ronaldo should have been told to 'sit down' against Young Boys
Garry Ringrose challenges "pretty ridiculous" changing conditions for women's players
Andrew Trimble has to put his puke in his pocket as Mulcahy struggles with heavy handed leadership
Neil McGee hasn't worked in eight weeks after back injury but still won't rule out championship return
It won't mean much but Pat Spillane's compliment to Mayo and to Lee Keegan says it all
You may also like
19 hours ago
Katie McCabe believes that equal pay deal with FAI "doesn’t add pressure"
2 days ago
Clinton Morrison shares advice Roy Keane gave him on morning before Saipan showdown
1 week ago
Ireland's best XI under Stephen Kenny starting to take shape
1 week ago
Serbian media react to 'True Football Tragedy' and hail "amazing" Gavin Bazunu
1 week ago
"I was already taking my jersey off!" - Andrew Omobamidele's post-match interview was so pure
1 week ago
Gavin Bazunu, Andrew Omobamidele and a glimpse of better days ahead
Next Page