Ireland went from 12-3 ahead after 21 minutes to hoofing the ball out of play after the hooter so they did not lose their try-scoring bonus point.

Jamie Joseph's Japan blew Ireland away in the last hour of a frantic game and deservedly beat the former World No.1 side. The Ireland ratings make for a sobering read.

Ireland went into a 5-0 lead when Jack Carty, playing the advantage, found Garry Ringrose with a cross-field kick and the Leinster man dotted down. Yu Tamura claimed three points back but Carty's smart kicking out of hand teed up another try, this time for Rob Kearney. 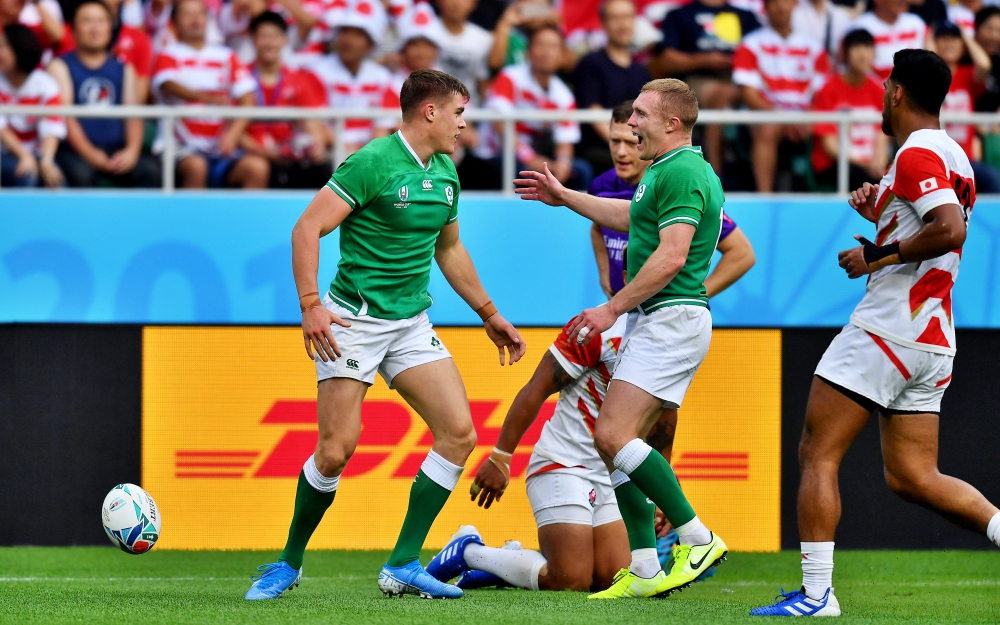 Garry Ringrose, is congratulated by his Ireland team-mate Keith Earls after scoring against Japan. Photo by Brendan Moran/Sportsfile

Ireland went into this game with 24 straight victories in games they led in at half-time. The home fans were starting to believe, though, and Ireland were making sloppy errors to put themselves in holes.

One mistake, an accidental offside, coughed up a scrum to Japan and, after several phases of intense attacking pressure and great handling, Kenki Fukuoka scored in the corner. The conversion sailed over and Ireland were 16-12 down.

Joe Schmidt emptied his bench but they could not hold onto possession long enough to put Japan under any real pressure. Instead, with eight minutes to go and Ireland conceding a raft of penalties, Tamura put his side 19-12 ahead. Ireland were out of gas and they had no answers before Japan celebrated wildly at the end.

Here's how we rated Schmidt's men in green: 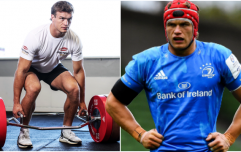 END_OF_DOCUMENT_TOKEN_TO_BE_REPLACED

Waited 47 months for a Test try (after the 2015 World Cup) and has now scored in successive games. Coolness in defence and made a couple of meaningful carries. Excellent kick into the corner forced Matsushima to carry out near his own tryline. Showed great hands to juggle and carry at full-pelt up to the Japanese 22.

Early involvement down the right. Gave up possession with one squirty offload and it put his side in trouble. Matsushima evaded him far too easily when he chased a grubber through. Unreal chase back to save a late intercept try.

Was a man possessed in the first 30 minutes. 47 metres made off five carries that led to four line breaks and ravaged the Japan defence. Was the best attacking bet in the Irish backline but influence, like so many, diminished as the game raged on. Missed four tackles.

Was excellent in defence and mixed the straight-up brutality of hard carries with some lovely, soft hands in attack. Ran into Stander to give Japan a penalty for accidental offside. Made 15 tackles and nine carries and cannot be faulted. 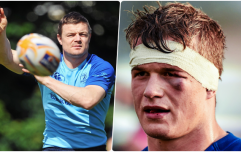 END_OF_DOCUMENT_TOKEN_TO_BE_REPLACED

Burned his man on the outside in the first 10 minutes but opted to step inside when Jack Carty floated a lovely pass out wide to him. Not a good game for him in the air. Kept going until the end.

Would love to bottle his opening 25 minutes so he could un-cork at will. His kicking out of hand caused chaos for Japan and delivered Ireland's first two tries. Was bashed back on a couple of carries and, one excellent kick in behind Japan in the second half, faded before he was replaced.

Great tackle on Mafi to force a knock-on and, eventually, force the Japanese No.8 out of the game. Japanese line speed had him under the pump throughout. Forced to play the entire 80 as bodies dropped all around him. Missed three tackles.

The Irish scrum won an early penalty but it got tougher after than. Made four carries for not much change but stuck his tackles in defence.

Over- and under-threw two crucial lineouts to heap pressure on his side. Stuck nine tackles but got nowhere with his few carries. 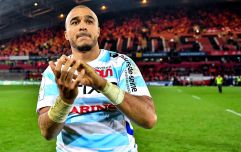 END_OF_DOCUMENT_TOKEN_TO_BE_REPLACED

Made an unfortunate knock-on to scupper a promising Irish attack up the left. Was penalised for 'shearing' at one scrum but got through a lot of work in the loose.

Made a nice line break into the Japanese 22 during Ireland's period of early dominance.

Showed real athleticism to claim one restart on the horizontal (below) and was the stand-out forward in the first half. With Ireland trailing, and 20 minutes to go, he found himself isolated near the tryline and was turned over. Looked out on his feet in the final stages. 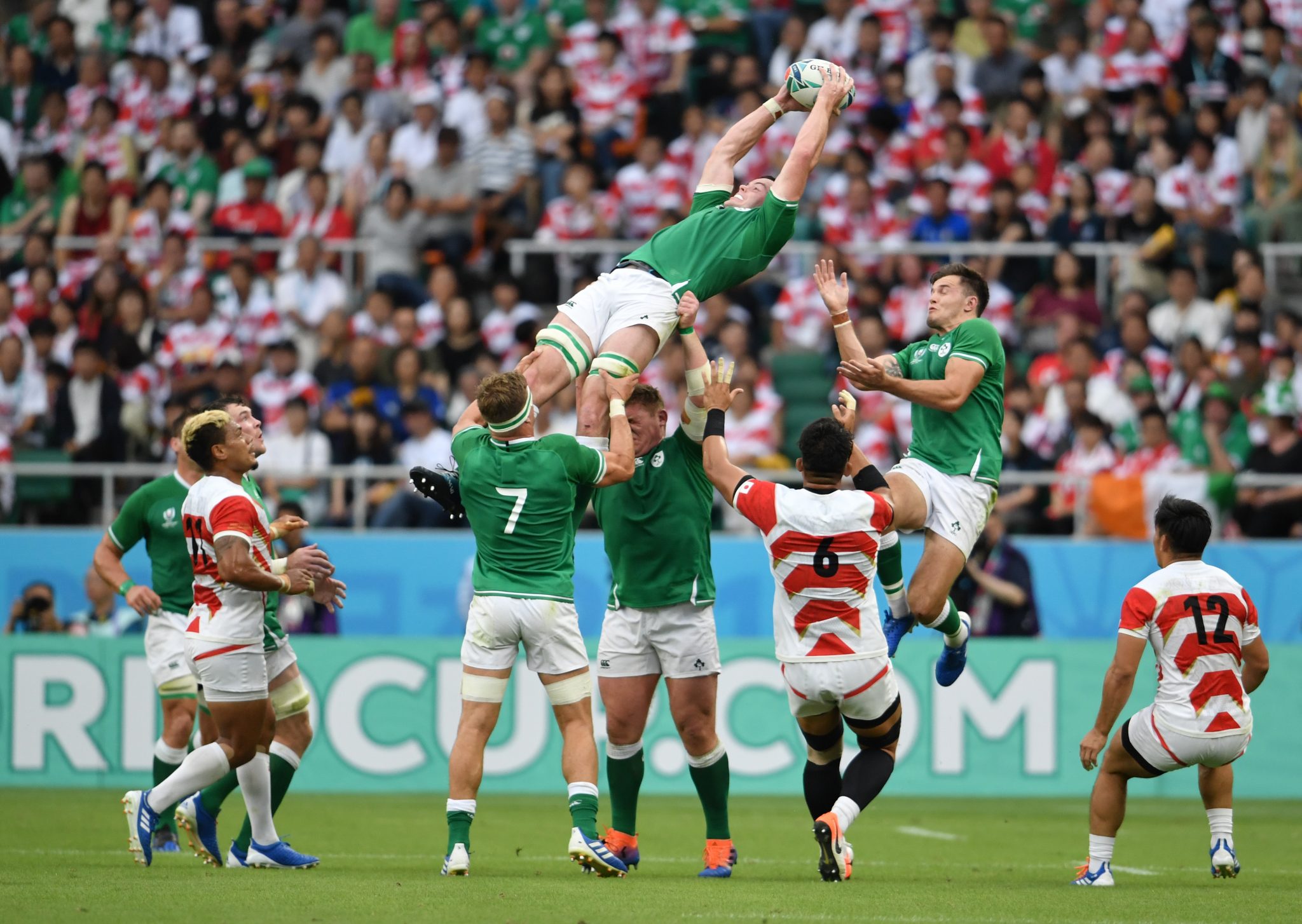 Conceded early penalty at the ruck but won his team a turnover penalty soon after. Landed a number of meaty tackles and was excellent on both the Irish and Japanese lineouts.

Made a great dash back to prevent a try and showed presence of mind to release then reclaim the ball on the deck. Was unlucky to be penalised at one ruck when the Japanese pinned him in. Stuck 15 tackles but was often blown away at the breakdown.

Was nowhere near as influential as in the opener. Held onto ball too long off late scrum and it led to accidental offside. Worked his rump off and came to the fore with strong carries in the final 15 minutes but was out-gunned.

Exploded off the bench with two big hits in defence.

Thundered one player back five yards on the 52nd minute.

Brought more tempo when he came on.

Steal from a maul immediately after coming on.

Had to play on the left wing.


popular
"I did enjoy Roy Keane absolutely sh*tting his pants when someone tougher than him challenged him"
The SportsJOE 12 o'clock quiz | Day 193
You'd be doing extremely well to get 100% in this US sports badge quiz
Josh van der Flier recalls first Leinster training session with Brian O'Driscoll
The SportsJOE 12 o'clock quiz | Day 192
Johann van Graan addresses talk of Munster return for Simon Zebo
SportsJOE 2000s Football Quiz | Round 2
You may also like
1 day ago
"Too simplistic" to say Irish players struggling with English power game - Stuart Lancaster
4 days ago
Some of rugby's finest coaches on what makes them, and their teams, tick
1 week ago
QUIZ: Can you beat the clock to name Ireland's record goalscorers?
1 week ago
Dr Claire Molloy returns from sabbatical to boost Ireland's Six Nations hopes
1 week ago
Will Ireland's best scrum-half please stand up?
2 weeks ago
Three factors behind Leinster's meanest defence in years
Next Page