"The HIA process is a precautionary process."

Despite the fact that he went for a Head Injury Assessment, during the win over Scotland, and did not return, Joe Schmidt insists there are 'no elevated risks' in Peter O'Mahony playing Japan just six days later.

That O'Mahony did not return to the field of play, despite there being over 44 minutes of the match left, saw him listed as a player who did not pass his HIA 1.

END_OF_DOCUMENT_TOKEN_TO_BE_REPLACED

O'Mahony and Bundee Aki did not pass HIA 1 but did pass the subsequent HIA 2 and 3 tests. Players that have been removed for suspected concussion are monitored for six days, meaning O'Mahony will get the full all-clear should no symptoms occur before the morning on the Japan match (Saturday). 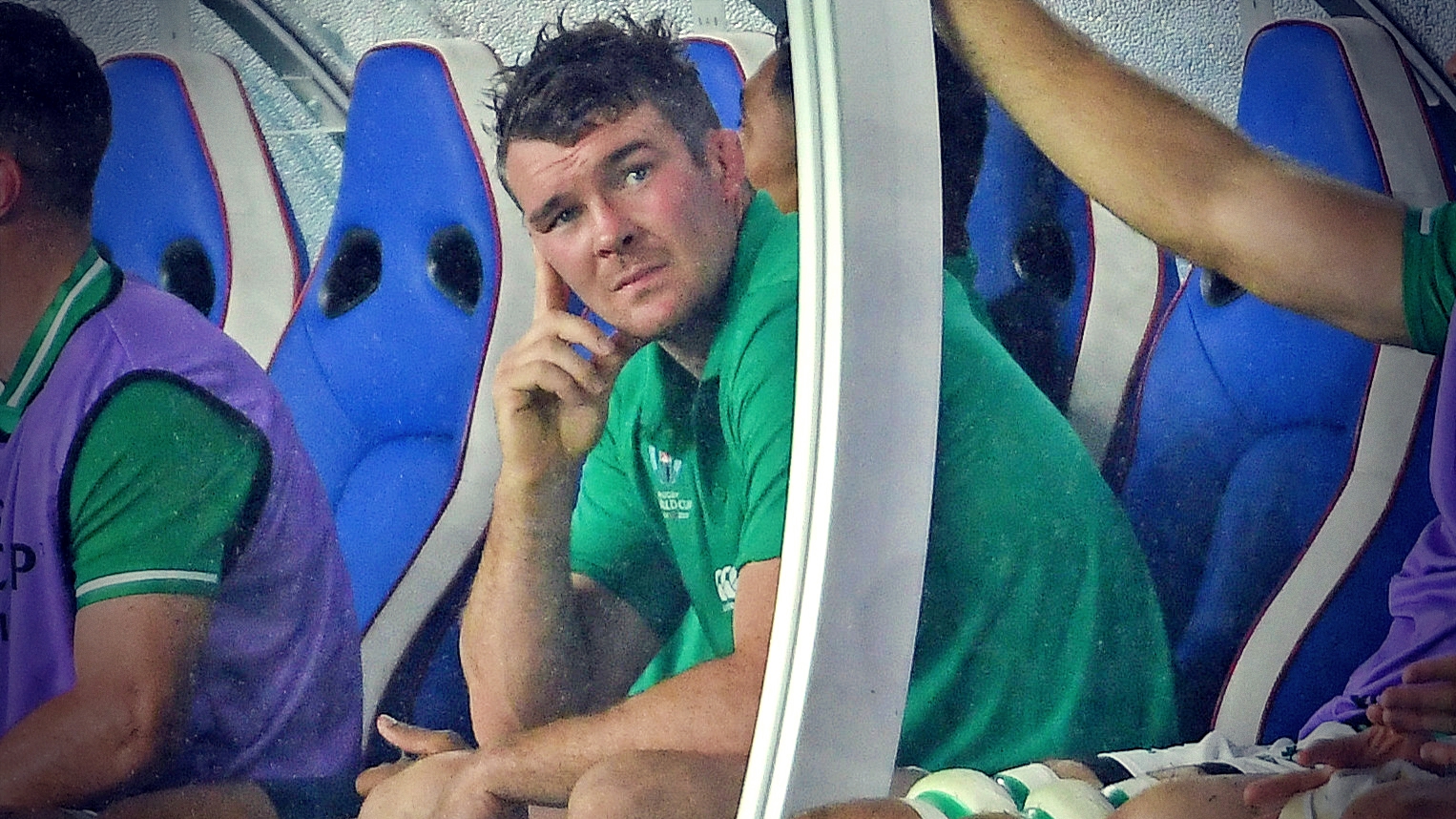 Peter O’Mahony watches on from the substitutes bench at the International Stadium in Yokohama, Japan. (Photo by Ramsey Cardy/Sportsfile)

Schmidt was planning on leaving O'Mahony out of his starting XV for Saturday's game against tournament hosts Japan but a foot injury sustained by Jack Conan on Thursday morning saw him change his plans.

O'Mahony was handed the No.6 jersey and CJ Stander, who was set to switch to blindside, will resume his duties at the back of the Irish pack in the No.8 position. Aki, however, misses out and Chris Farrell will start at inside centre.

On starting O'Mahony six days after he was removed for a concussion test, and did not return to play, Schmidt [as reported by Irish Examiner] told the assembled media:

"Pete was mad keen to play, he only played that 25 minutes and unfortunately I think we might have got Pete back out there but we had two HIAs at the same time. And therefore the communication was not as smooth as it normally is.

"He flew through his HIA 2 and HIA t3, which confirms to us that he didn’t have a concussion.

"The HIA process is a precautionary process, so that anyone who has a suspected concussion is removed from the field, it doesn’t mean they have had a concussion. So there’s no elevated risk, we don’t believe, in selecting Pete; and we’ve got a super medical staff."

END_OF_DOCUMENT_TOKEN_TO_BE_REPLACED

When asked about concussion issues in the past, Schmidt has stated that he is no expert on the subject and he is most certainly correct in that regard. He will be going on the advice of his medical staff, although whether O'Mahony is 'mad keen' or not should not come into it.

For our part, as much as Ireland need another win to build on the momentum of the win over Scotland, we would be much happier seeing O'Mahony sitting this one out. Had Schmidt needed to cover for the injured Conan, he could have started Rhys Ruddock or the versatile Tadhg Beirne.