The Ireland head coach likes to be in control of most aspects of match preparation.

Last Wednesday, many news outlets published their expected Ireland XV to face Wales in the final game of the Guinness Six Nations.

Most had got wind of Iain Henderson being out of the picture after the Ulster lock picked up another injury. The42 were the first to flag that Munster's Tadhg Beirne would come into the second row while most other outlets - ourselves included - successfully called Sean O'Brien and Rob Kearney getting recalls.

Joe Schmidt named Beirne, Kearney and O'Brien in his team at 2:15pm the following day but he is clearly upset that Wales had an extra day to prepare for a changed Irish side.

Schmidt did not express any frustrations on team announcement day but has, in the past, alluded to his starting XVs being successfully called, and published, by the Irish media. Announcing a team recently, the Kiwi quipped, "The Ireland team, although most of you already know it by now, is... "

Following Ireland's 25-7 loss to Wales, on Saturday, Schmidt urged "genuine fans" to trust this team would do all in the power to get back to their best by the World Cup, later this year. In the Monday press briefing, Schmidt was clearly stewing over his starting XV being predicted 24 hours before his announcement. He commented:

"One of the things for us which is probably frustrating for us is that Gats [Warren Gatland] knows our team before time. It didn’t help with the preparations; that’s always a frustration for us. 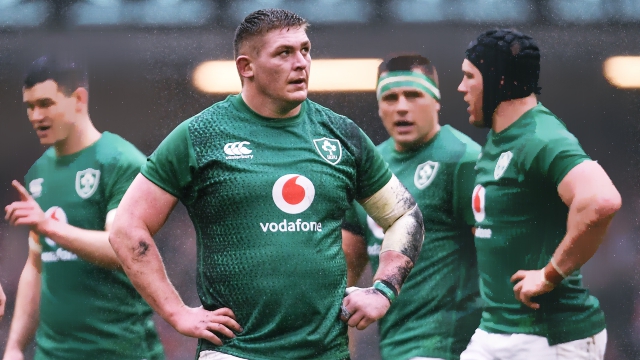 Later in the briefing, Schmidt was asked if the Ireland squad had been leaked to Warren Gatland but the coach clarified he meant the XV had been published online. He added:

"It was public. You could see it. It is those fine margins. You kind of want to keep a bit up your sleeve as long as you can but at the same time that is not the reason we lost. The reason we lost is they are a bloody good Welsh team and they had a helluva lot to play for.

"I think they did an incredibly good job of doing it in their home stadium in front of their home crowd and they got them excited early and that was exactly what we didn’t want to happen but you don’t control those circumstances. All we can do is dust ourselves off, have a look back at where we took the risks and have a look at where people responded and then build our way forward."

Wales named their team to face Ireland at midday - two hours before Schmidt named his matchday squad - on Thursday and it was unchanged from the one that beat Scotland in Murrayfield.