Two changes Ireland should make for all out war with Wales

It would be an extremely tough call to drop either Iain Henderson or James Ryan but needs must, and a dog of war may be required.

There will definitely be one change in the Ireland XV to play Wales, this Saturday in Cardiff, but Joe Schmidt is set to restore Rob Kearney to fullback and may be willing to roll the dice on another.

With Josh van der Flier confirmed to be out of action for the Guinness Six Nations finale against Grand Slam-chasing Wales, there has been much speculation on who will start openside.

END_OF_DOCUMENT_TOKEN_TO_BE_REPLACED

Jack Conan came on for van der Flier, after 24 minutes, and scored a try in Ireland's win over France. After that game, he was very agreeable to suggestions that an Irish back row to face the Welsh could comprise of him (at blindside), Peter O'Mahony at 7 and CJ Stander remaining at 8.

There are three other options to consider. Both Rhys Ruddock and Jordi Murphy can handily cover positions 6 to 8. Murphy has been spared much of the championship rigours while keeping his eye in with Ulster. The likeliest route, we suspect, is Sean O'Brien coming straight back in at openside with Conan pipping Murphy to the bench role. 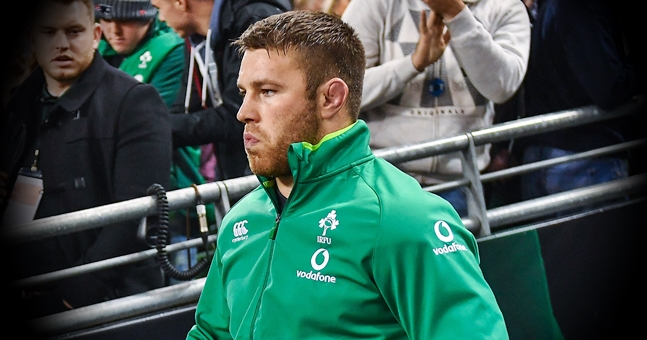 With Robbie Henshaw out, the Irish midfield is likely to stay Bundee Aki and Garry Ringrose. There will no changing the half backs or wingers but Kearney should nudge Jordan Larmour back to the replacements.

END_OF_DOCUMENT_TOKEN_TO_BE_REPLACED

That leaves the second row and Schmidt would get very few arguments if he stuck with the pairing of Iain Henderson and James Ryan, who excelled against Les Bleus. However, Schmidt has noted that this championship is being viewed through a different prism.

The World Cup, in six months, is the end goal here so Schmidt is understandably tempted to try out Tadhg Beirne in what will be a white-hot atmosphere, at the Principality Stadium.

Beirne was left out of the matchday 23 for the France game with a suspected back issue but he trained fully with the squad on Tuesday and has satisfied the medical and coaching staff that he is good to go.

Beirne was a star in his two seasons with Scarlets, in Wales, and he has led the charts - in Europe and in the Guinness PRO14 - for turnovers in those past two years, and again with Munster this season.

It would be a gamble for Ireland but, given that they go into this weekend's games in third position, they have nothing to lose.

CHECK OUT THE BIG HOUSE OF RUGBY WALES vs. IRELAND PREVIEW


popular
Kilmacud Crokes to counter Glen's objection over extra players in All-Ireland final
"He's a serious specimen, 6 ft 3 as well, so he's an incredible athlete" - Geaney hails O'Connor's impact
January transfer window 2023: Follow the latest updates live in our hub
"He didn't give me that jersey back!" - Johnny Sexton on new rival Jack Crowley
Roy Keane's threat to Cesc Fabregas about 'pizza incident' has panel in stitches
The two toughest calls in Ireland team to face Wales are in the backline
Laura Woods savages Twitter user after he asks her to come over while his wife is at work

You may also like
3 days ago
Liverpool reportedly selling Caoimhin Kelleher for Jude Bellingham funds
3 days ago
Robbie Henshaw on his life-long friendship with Bundee Aki and Netflix documentaries
5 days ago
Evan Ferguson sends Soccer Saturday panel bananas with late equaliser
5 days ago
Eamon Dunphy blames Roy Keane's behaviour for Declan Rice choosing England
6 days ago
Can you name the Republic of Ireland Premier League player from their wikipedia?
1 week ago
Kieran Treadwell the most unfortunate Ireland player to miss Six Nations call
Next Page