"Some days, I couldn't walk. My folks thought I was taking the piss and wanted lifts to school!" - James Lowe

James Lowe is blowing at this stage but he steels himself, finds his focus and powers on. He just needs a strong finish.

It has been a long day of interviews, photos, glad-handing and giving his thoughts on a tournament he would dearly love to be taking part in. For James Lowe, that may well be 2023 and in an Irish jersey.

Lowe sits down to speak with us at the tail-end of the day but if he is flagging, which he admits to, he does not show it once the chat begins. He jokes about his recent appearance on Baz & Andrew's House of Rugby and remarks that he has never talked about how he feels so much in one day.

Lowe is promoting the relaunch of the new Tackle Your Feelings campaign, in conjunction with Rugby Players Ireland and Zurich. "I spoke with Rugby Players Ireland about a time I was struggling in my life and how I came through it," he says. "They knew of my story, then, and thought it would fit in well with Tackle Your Feelings. I'm happy to help in any way that I can, while I still can." 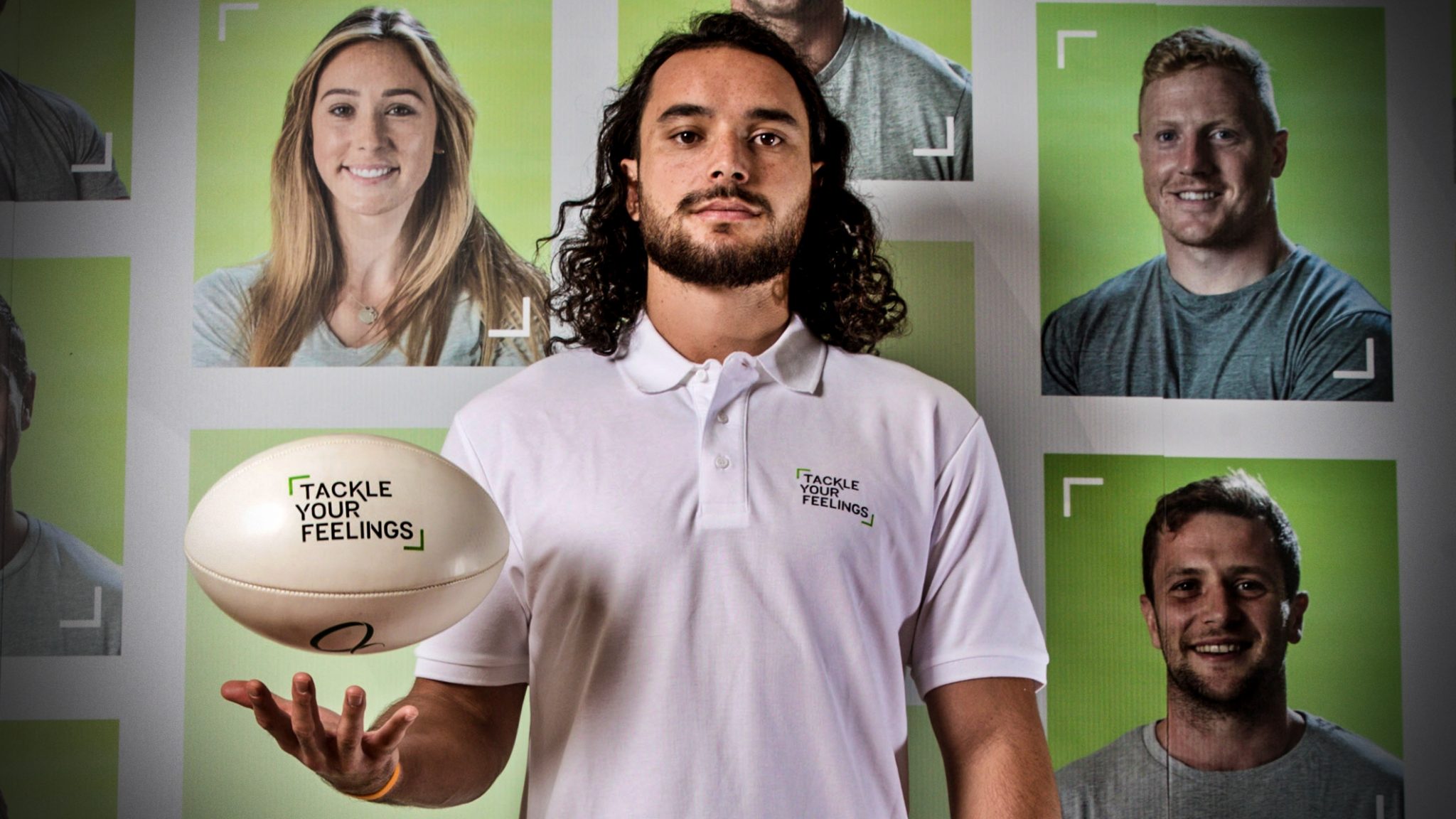 That story is one that many rugby fans here, or back in his native New Zealand, would have been aware of. In his teenage years, Lowe suffered from sore bones and serious fatigue issues. It ran on for well over a year until a doctor diagnosed it as a form of arthritis.

"Shock is probably a good word," he says of that diagnosis. "It was during the summer and I was playing a lot of cricket but getting random rashes, aches and pains and getting really run down. My knee would start swelling up. Some days I couldn't walk and other days I'd be fine. It was really random and nothing they tried at the start really worked.

"Eventually they put me on medicine for it until I was around 22. As good as the drugs were - helping me to run around and play rugby - it made my immune system weak and I'd get sick pretty handy. When I got to 22, I weaned myself off it."

Lowe says the arthritis has been in remission for close to seven years now but he looks back on a good chunk of his teenage years as being 'such a confusing time', and not for the regular ups and downs that most teens go through.

"There were days when I couldn't go to school or get out of bed. I had to call my dad to help get me out of bed. It was a strange time. My mum and dad thought I was taking the piss and wanted lifts to school!

"Being an optimistic guy, most times, I always understood that things would get better. Thinking back, I wish I had written stuff down and realised how I got through that period as it may be able to help others."

The Leinster winger admits he struggled to express how he was truly feeling at the time and he often busied, and buried, himself in sporting pursuits, playing cricket and basketball to a high level too.

END_OF_DOCUMENT_TOKEN_TO_BE_REPLACED

"Kiwis and Irish have similar senses of humour and would get on really well in a pub," he says, "but we're also similar - especially the guys - in not letting on how we're really feeling.

"I think the most important I learned from that time, and in the years since, is to listen and not to shy away when people are trying to tell you stuff."

Despite all of his physical, and internal, strife, Lowe showed enough promise in underage rugby to get the attention of the big clubs and Super Rugby scouts. He played New Zealand Schools with Jake Heenan (the former Connacht flanker) but missed out on the Under 20s side. While Heenan made the cut there, an "absolutely gutted" Lowe ended up with a Super Rugby franchise after playing Mitre 10 rugby for the Tasman Makos.

He went on to play four seasons of Super Rugby with the Waikato Chiefs before Leinster came calling in 2017 and both he as his girlfriend packed up and moved to Ireland. He lives a short walk from the Aviva Stadium and a few strides further from The RDS but jokes that 'I don't look like someone from D4'.

Now clear of the arthritis issues, Lowe is dealing with the aches and pain (and operations) that come with being a professional rugby player. The concern of holding down a starting spot, getting the next contract sorted or playing well enough that he can represent Ireland, his adopted country, when he satisfies World Rugby's residency rules.

"In rugby, you always have to get better and stay ahead of the 8 ball."

END_OF_DOCUMENT_TOKEN_TO_BE_REPLACED

He is glad that he has his Leinster teammates, his partner, Rugby Players Ireland, and friends he has made since arriving here two years ago, to lean on and he feels he is getting better at the talking side of things. Of letting others into his world.

"Growing up, I was never very good at talking to people. It's only in the last two or three years that I've got better at it. It took me until I was 25 to figure that out."

When it is put to Lowe that it does not seem that he has an issue with talking, and being a straight talker, now - just listen to any of his post-match interviews or live show appearances - he laughs.

"People don't want to listen to the same shit, do they?

"The easiest way to do those interviews is to be yourself. If you are relaxed as you are, the conversation comes out that way. If you go in tense and are trying to hide something, it comes across that way and you might slip up anyway.

"So I always look to break the tension," he adds. "I sometimes say whatever comes into my head, like saying that reporter guy (Ryan Bailey from The42) looks about 13, because he does!

"At the start, people were scared to let out to talk. They were scared of what I was going to say, but I always think before I speak! It's just about being yourself. If you're not, you're always going to get caught out." 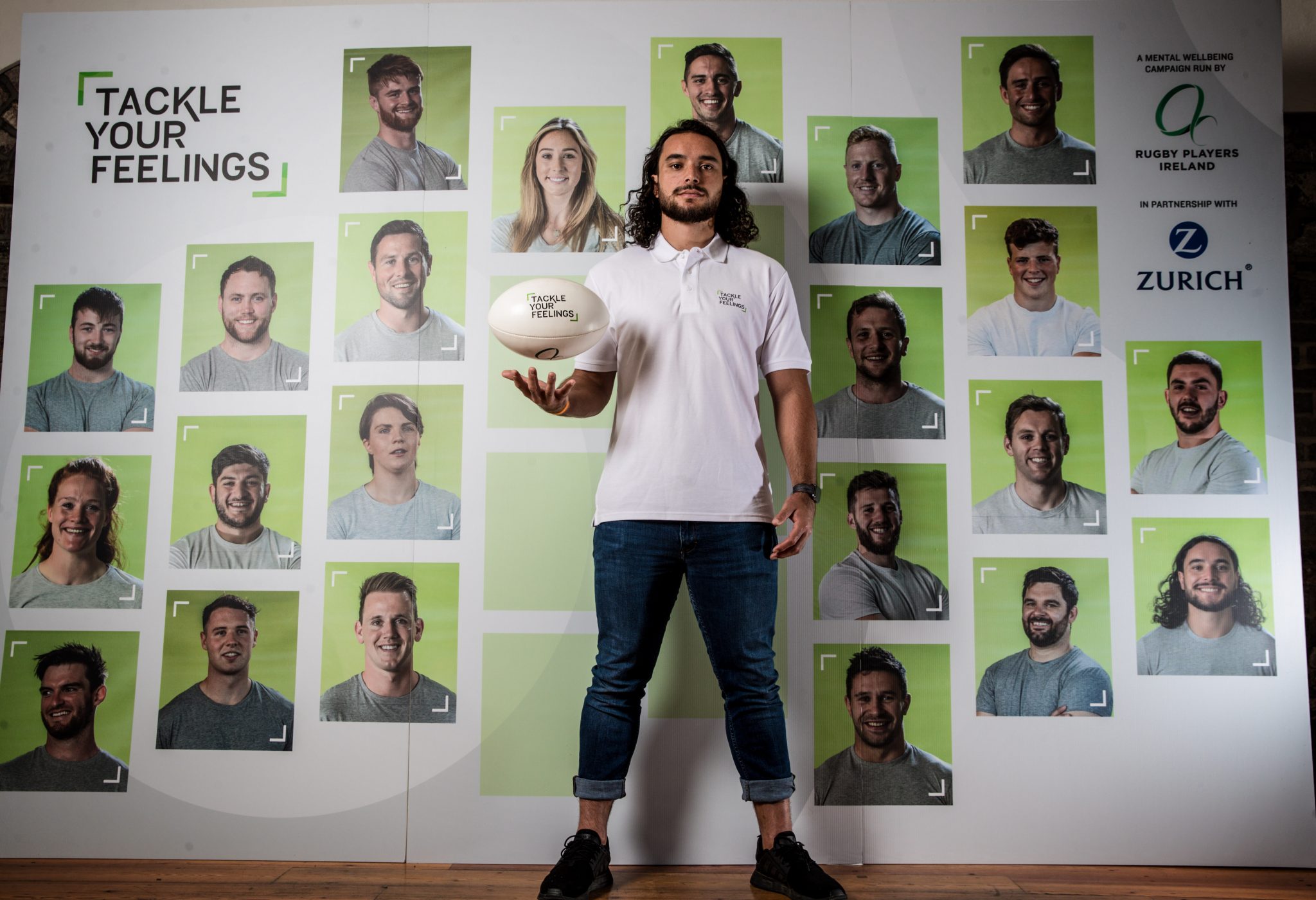 Rugby Players Ireland and Zurich have relaunched the Tackle Your Feelings mental wellbeing app and website as part of a new phase of the campaign: #ImTakingControl. Leinster star and campaign ambassador James Lowe was on hand to lend his support at the relaunch of Tackleyourfeelings.com and the TYF app, which is free to download through Apple and Google Play App stores. Tackle Your Feelings aims to promote a proactive attitude towards mental health and provide people with the tools to ‘Take Control’ of their mental wellbeing.

END_OF_DOCUMENT_TOKEN_TO_BE_REPLACED


popular
QUIZ: Name every player that's scored three or more Premier League hat-tricks
The SportsJOE 12 o'clock quiz | Day 109
"Some of the guys have put a lot into it" - Felipe Contepomi confident Leinster can start fast
QUIZ: Name the country these football teams play in
'ROG was the kingpin... he just wanted to win, win, win' - Barry Murphy
SportsJOE 2000s Football Quiz | Round 9
What Leinster's strongest XV looks like when everyone is available
You may also like
16 hours ago
"It's too experimental" - Kenny's team for Slovakia showdown begins to take shape
4 days ago
Peter O'Mahony on the Paul O'Connell conversations that shaped his captaincy
4 days ago
"He just walked out the door without saying goodbye or anything. It was just so Axel. It was so perfect."
1 week ago
"The academy boys have turned into small monsters over the past few weeks" - Peter O'Mahony
1 week ago
Baz & Andrew's House of Rugby - Keith Earls joins us for Season Two finalé
1 week ago
"Having one of the best in the world to emulate has been really good"
Next Page