"The beast is only just starting to purr!"

There was a moment of playfulness and cunning, around 51 minutes, that summed up James Lowe.

Leinster were attempting to force themselves over the Toulouse tryline after their rolling maul attempt had come up short. A pile of bodies, red and blue, littered the breakdown with forwards screaming for the ball.

Lowe was on the left-hand touchline, about eight metres from the tryline, and looked to be hurt. A Leinster physio came over to see if he was okay, as play raged on, and satisfied himself that the winger was okay. He backed away and Lowe, with a whirring arm, motioned him back.

He was playing possum - trying to assure the Toulouse players he would not be a worry - but there was very little wrong with him. Play switched to the right and Lowe was straight back on his feet, full of beans.

You can never switch off when Lowe is about. 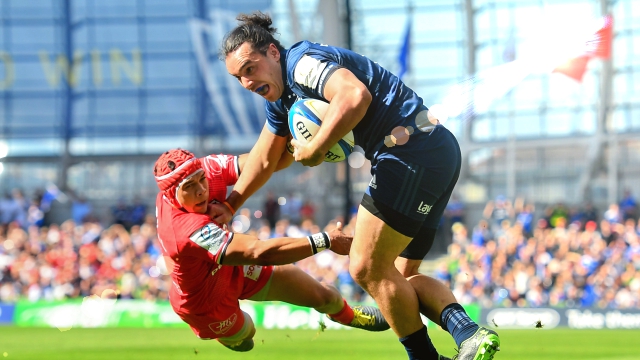 James Lowe was preparing himself to miss out on another big day for his Leinster team.

END_OF_DOCUMENT_TOKEN_TO_BE_REPLACED

Despite having scored 19 tries in 26 appearances since his arrival from New Zealand, including seven in the Champions Cup, the winger felt fellow Kiwi Jamison Gibson Park had the edge.

Gibson Park had been enjoying a fine season and, with Leinster in the last four of the Champions Cup, many expected Leo Cullen and Stuart Lancaster to select him in their matchday squad.

Lowe sought out Gibson Park, last Sunday, and wished him well ahead of another big week in the life of this province. Then, early in the week, the scrumhalf pulled up and the door was ajar.

Gibson Park missing out meant Leinster could select both Scott Fardy (Australia) and Lowe. With Munster-bound Nick McCarthy out of the reckoning, Hugh O'Sullivan was drafted onto the bench to cover for Luke McGrath.

Lowe had his chance, on a mighty big stage, and he set about showing his team they could count on him. Within 15 minutes he had justified his inclusion.

Leinster were level at 3-3 but piling up the left-hand flank and threatening to land the first serious blow. Sean Cronin cut in-field and was felled, but McGrath recycled, Sean O'Brien drew his man in and Lowe was left one-on-one with Toulouse No.9 Sébastien Bézy.

The scrumhalf went low and slowed his opposite number, but not enough. Lowe rode that tackle and ploughed on. He absorbed another tackle attempt from blindside Jerome Kaino and, with Thomas Ramos now scrambling back, twisted and reached for the line. Try Leinster. His 20th in 27 games. 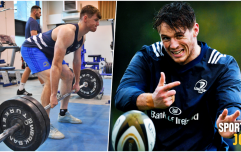 END_OF_DOCUMENT_TOKEN_TO_BE_REPLACED

The try that was ruled out before half-time was just as good.

Leinster drew in a rake of red jerseys after a number of phases up the right flank. McGrath and Johnny Sexton sent play sweeping to the left and Robbie Henshaw threw a pass to Lowe that was far from perfect.

Taking the ball off his bootlaces, the Kiwi maintained his pace and bumped off winger Cheslin Kolbe before arcing in to dot down near the posts. It would have been the killer blow but Wayne Barnes and the TMO correctly ruled it out for obstruction on the part of Jack Conan.

He spilled another try-scoring chance in the closing stages, before Ross Byrne's penalty made it 30-22, but there was one other moment that drew a boisterous reaction from the Leinster fans.

After a spot of kick-tennis, Toulouse looked to be driving Leinster back into their half. This was around 47 minutes and came with the scores at 17-9.

Lowe got the ball under pressure and with a sea of red jerseys looking to make an impact hit. He rode three separate tackles, scrapping and striving for a couple of extra metres each time. 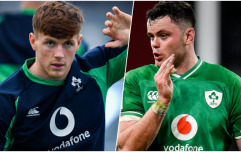 END_OF_DOCUMENT_TOKEN_TO_BE_REPLACED

All told it was a carry of about eight metres (from a game total of 50 off nine carries) but you could tell how determined he was to get his team moving forward again. The gainline was crossed and the Leinster forwards piled in. The fans lapped it up.

Johnny Sexton got the man of the match award but both Jack Conan and Lowe must not have been far off.

Post-match, Lowe spoke with humility about his own role in the win but could only gush and boast about his fellow teammates.

"The beast is only just starting to purr."

Saracens await in the final, on May 11, and Lowe has surely seared his name on the team-sheet. Branded on the page - No.11 JAMES LOWE.

Leinster will need every weapon in their armoury to defeat Sarries at St James Park.

In James Lowe, they've got a scythe, a jet-pack and a flash-bang, all rolled into one.