Back for our end-of-season round-up, and there are a few changes.

These are the best players and most influential men in Irish rugby, right now.

Following the 2021 Six Nations, we sat down to compile our Top 20 rugby players in Ireland. The full, original list is here, but our top three was: Tadhg Furlong, Johnny Sexton and Tadhg Beirne.

END_OF_DOCUMENT_TOKEN_TO_BE_REPLACED

Now that the season is over, and the All Blacks have been bested, we felt it was only fitting to update that list.

Before we launch in, a note that this Top 20 is for players that are eligible to play for Ireland, so no digs intended at the likes of RG Snyman, Michael Ala'alatoa, Duane Vermeulen, et al. Now, in ascending order, from 20 to 1, let's get to it.

END_OF_DOCUMENT_TOKEN_TO_BE_REPLACED

Turns 35, later this year, but still crucial to this team's success. Now settled into his role as the experienced finisher, relieving Andrew Porter, and rock-steady in the scrum. Getting another 15 months out of Healy is crucial, unless another loosehead, such as Josh Wycherley, stakes a claim in the 12 remaining Test matches before the World Cup. 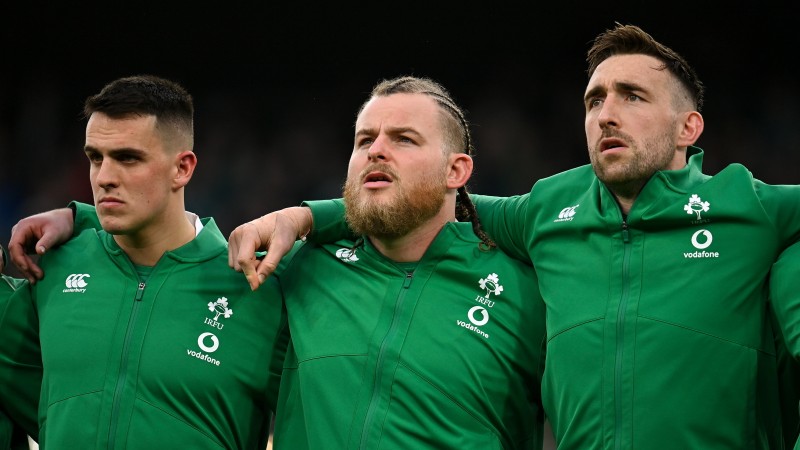 Such a solid scrummager and a guy who has heaps of international experience now. Showed his worth in a late scrum in the Third Test against New Zealand - putting the squeeze on to allow Caelan Doris break off to bag the scrumhalf. 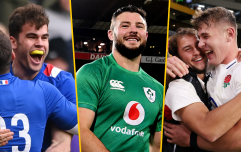 END_OF_DOCUMENT_TOKEN_TO_BE_REPLACED

Andy Farrell, as of now, looks to have settled on the liked of Murray, Healy, Rob Herring, Keith Earls and a few more as his experienced hands to see out games and slot seamlessly in for the final 20 to 25 minutes. Keeps stacking up career wins over the All Blacks.

Lost his place in the starting back row to Peter O'Mahony, but still came on and played a big part in all three Tests. Will be doing all he can, next season, to get back into that starting XV. 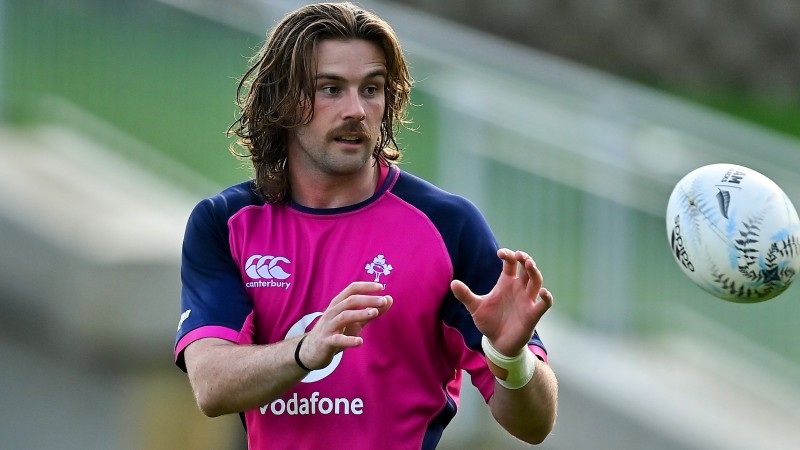 In the space of five months, has become an important player in this team. Missed the First Test after isolating due to a Covid positive. Was excellent in the Dunedin victory and had a few vital moments in the series clincher. Andrew Conway and Rob Baloucoune will have their work cut out to displace him.

Had a decent First Test and scored a lovely try in the corner, but fell off a tackle on Ardie Savea as the final dagger was plunged. Was going well in the Second Test when he was sparked out by Angus Ta'avao. Remains a big part of Farrell's plans.

Arrived in New Zealand under pressure from James Hume and possibly facing the prospect of just being a Test back-up, but ended up being a key part in the Dunedin and Wellington victories. Made a stack of big carries in the Third Test.

His left boot is a key part of the Irish game-plan and he almost had a pearler of a 50:22 in the Third Test, but still pinned the Kiwis back. Wonderfully delayed pass to Hugo Keenan, for his try, and was used for strike-plays off lineouts and scrums. That transition from winger to additional centre is a big part of his game. 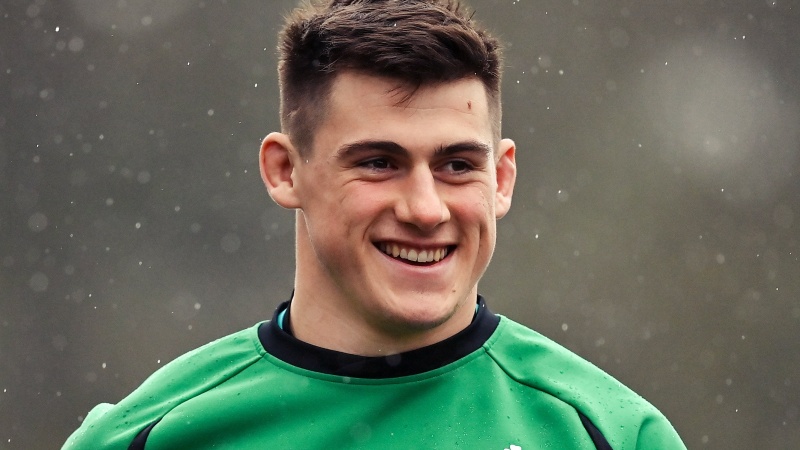 A fantastic tour for the Leinster hooker. His lineout throwing was pressured in the opening Test, but relatively untroubled thereafter. A demon for getting stuck in. Rónan Kelleher will need to be at his best to get that green No.2 back.

Dropping from fourth to 11th may seem like a slight on the fullback, but it definitely is not. Others around him grabbed the attention while Keenan was steady as ever. The ABs tried to test him every way they could think of, but he walked through the flames and rarely took a lick. Grabbed a fine try in the decider.

Much more like it. First Test was not his finest hour, but he was not the only Irish player to punch weaker than he is capable of. Responded with two superb games in Dunedin and Wellington. 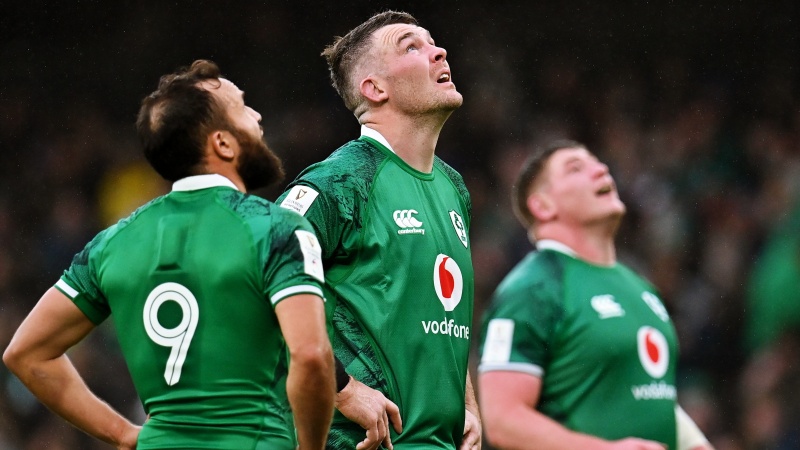 The biggest climber since our initial list, in March. Forced his way back into the starting back row and was consistent over all three Tests, irritating the hell out of the All Blacks. Dunedin was one of his finest hours, making big turnovers, tackles and lineout steals.

8. Andrew Porter (down one)

Is almost so singularly good in his role that the worry can be what if he is not fit to start a big game. Didn't have it all his own way at the scrum, but one hell of a competitor, and athlete. Played the full 80 at Eden Park, showed up the next week and big two tries in a historic Test victory.

Having toured New Zealand in 2017 with the Lions, but was not involved with the Test sides, this was another big moment for Henshaw on the world stage. Followed on from his brilliant Lions form to cause the ABs no end of headaches, in attack and defence. 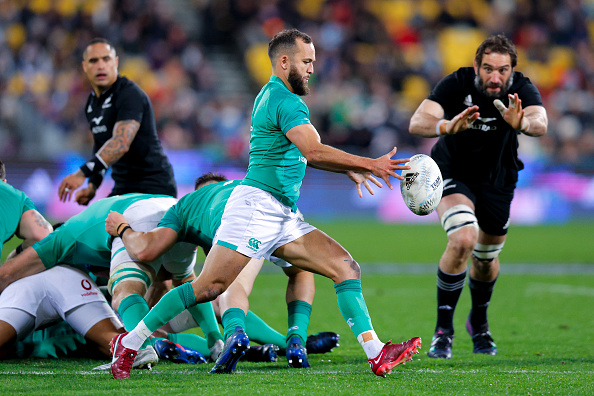 All the chips are pushed in now on JGP and Johnny Sexton at 9 and 10. He had a poor game at Eden Park - trying to push it hard but at the cost of his team. Bounced back stupendously with big games in Dunedin and Wellington.

One of the first names on the team-sheet now and showed that his quiet night at Eden Park was a blip with a towering performance at Forsyth Barr Stadium. Not only caused a number of breakdown issues for the All Blacks, he made some big carries that helped Ireland set up camp in the away, not leaving without some devastating tries.

Like O'Mahony, he was on it from the First Test and mightily impressive in all three games. His running lines and leg drive saw him bounce multiple black jerseys back and get his team piling forward. Stuck 66 tackles and won six turnovers in the three games, as well as a big maul try in the decider.

His Eden Park start was his first game in almost four months but, once the cobwebs had been blown off, he was supreme in the series. Made two scything carries in Dunedin, and skittled Jordie Barrett on another. Then, at Sky Stadium, he delivered his finest game for Ireland, which included winning three turnovers inside his 22, in the final 10 minutes.

2. Tadhg Furlong (down one)

We are so used to this man throwing skip passes, side-stepping backs or playing scrumhalf that being merely excellent and holding up his side of the scrum is almost underwhelming. Had another fine tour and rattled plenty of ribs when he wasn't making big carries himself. 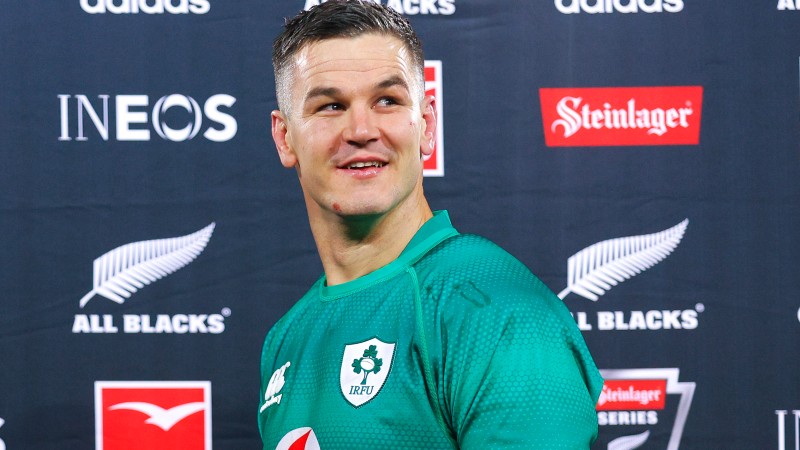 The three-Test series against New Zealand only confirmed how beholden Ireland are to this man. There are 12 Tests remaining before the next World Cup, and it may be the November games and tournament warm-ups left for the other 10s to scrap over. You suspect Sexton will definitely start against South Africa and four of the 2022 Six Nations games. He was as good as ever, in New Zealand.


popular
Antonio Conte 'banishes' four Tottenham players from first-team
"He can add something to our attacking line up" - Jamie Clarke signs for Northern Irish soccer club
Ranking the best county GAA songs of all-time (32-1)
"I’ve never heard someone say something as stupid” - Katie Taylor blasts Jake Paul's rematch comments
Barcelona allowed to register four new signings, but Jules Kounde misses out
Roy Keane makes three surprise picks in Man United's greatest Premier League team
"It was unfair on the Galway backs” - Tomás Ó Sé admits that Kerry benefitted from unfair rule
You may also like
2 weeks ago
“My confidence was on the deck" - Aaron Connolly explains why he has made the move to Italy
2 weeks ago
Every Irish transfer in football, this summer, as several big deals get done
3 weeks ago
The frontrunners for Ireland's 33-man squad for the 2023 World Cup
3 weeks ago
All Blacks media manager explains why Ian Foster appearance was cancelled after Ireland defeat
3 weeks ago
Warren Gatland selects nine Irish players in his strongest Lions XV, right now
3 weeks ago
"It’s only 18 months ago that we were being written off altogether" - Johnny Sexton
Next Page