These are the best players and most influential men in Irish rugby, right now.

The men's Six Nations is now in the history books and the Irish rugby stars have returned to the provinces for the climax to the 2021/22 season.

With Ireland not back in action until their summer tour to New Zealand, we have taken the opportunity to look at the rugby landscape, and the players making their teams tick, and compile our Top 20.

Before we launch in, a note that this Top 20 is for players that are eligible to play for Ireland, so no digs intended at the wonderful likes of Damien De Allende, Duane Vermeulen, et al. Now, in ascending order, from 20 to 1, let's get to it.

Had to settle for a bench role for four of the five games, but proved his worth, and influence, in the wins over Wales, England and Scotland. Lions captain last summer, will be hoping to get at least one start against the All Blacks. Turning 33, next month, so it may be all about if he embraces the veteran bench option for Ireland. Still a key Munster man. 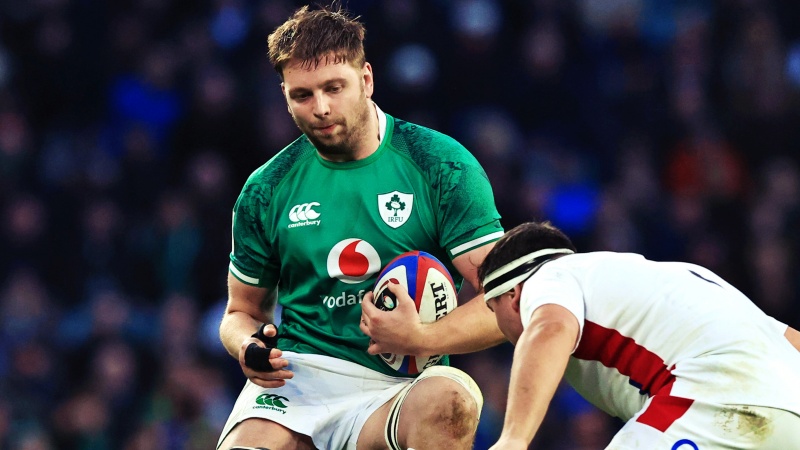 END_OF_DOCUMENT_TOKEN_TO_BE_REPLACED

2020/21 was arguably his best ever season and he was rightly rewarded with a second Lions call-up, even if he saw no Test minutes. Has found it hard to get a run of minutes, due to injuries and a positive Covid test. Played 79 minutes off the bench against England, after James Ryan was concussed, and looked back to his best against Scotland. Could well start in the second row against the ABs, this summer, and a strong finish could see in the mix for a trophy with Ulster.

END_OF_DOCUMENT_TOKEN_TO_BE_REPLACED

Andy Farrell clearly rates what the Munster captain provides to this Ireland squad - experience, good decision-making, a lineout presence and a solid grafter. Started two Six Nations games and showed he was willing to embrace the new, quicker tempo, offloading style Farrell is trying to implement.

Went into the Six Nations having on made six professional rugby starts, all for Leinster. Ended it as the man in possession of the No.2 jersey, Man of the Match against Italy and a guy Rónan Kelleher will not find it easy shifting back to the replacements' bench. Did well against France but was targeted by England at the scrum. 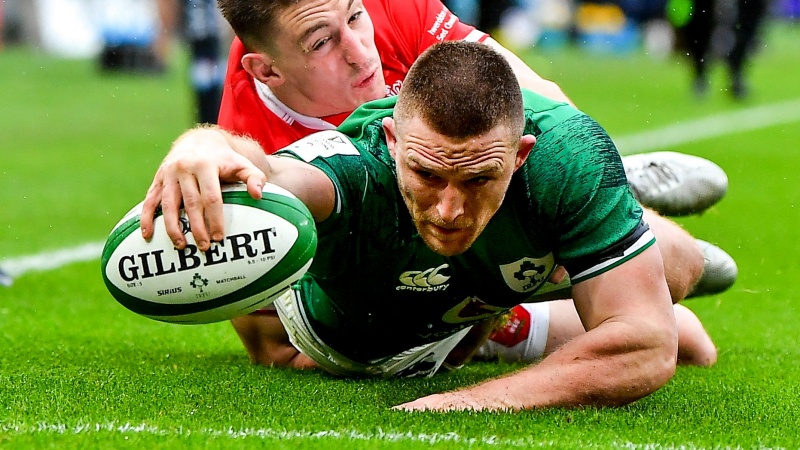 Did not have it all his own way in the Six Nations, but still a vital cog in this Ireland team. Scored two tries in the home win over Wales and got starts against France and England, with rotation [Italy] and injury [Scotland] sidelining him for the other two. Does everything he is asked, makes bad kicks look good and good kicks look great. Has a great try-scoring strike rate that is second only to Jacob Stockdale.

Missed Ireland's first two championship games, but returned to show what an important player he has become for Ireland. Ran in two tries and assisted on another, against Italy, and got Ireland motoring with a redemptive try against England. That big left boot of his was working wonders and he made numerous useful forays in from his wing.

Like Conor Murray, he was a big impact player off the bench. Made a considerable impact against France and England, and was solid against the Scots. His one start of the championship was against Italy. Will be reunited with Garry Ringrose for the Leinster run-in, and that could be enough to push himself back into the starting XV picture for the summer. 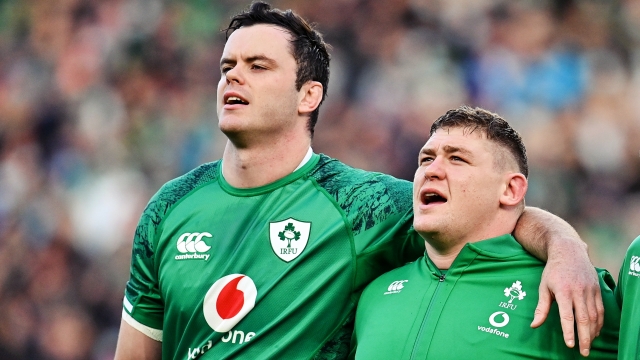 Was showing, all this season, why he should have travelled with the Lions, last summer. Started all eight Tests of Ireland's 2021/22 season until he picked up another worrying concussion against England. Still questions of his captaincy after the loss to France, but a major force around the pitch for Leinster and Ireland. Remains to be seen when he will return after taking some time out due to concussion issues.

Would have been higher up the Top 20, heading into the Six Nations. Not that he had a poor stretch of games, more so that he was so good for the Lions, last summer, and in that win over New Zealand and those levels dipped slightly. Was getting 50-minute stretches in his three Ireland starts, and came off the bench in the wins over Italy and England. Scored a crucial try in the closing stages against England.

Started his Six Nations campaign off with a great performance against Italy. Was solid but unspectacular. If Wales was his peak, England was his trough, but he finished well against the Scots. Will need to be at his very, very best if Connacht are to ruffle Leinster's feathers, in Europe, and finish the United Rugby championship on a high. 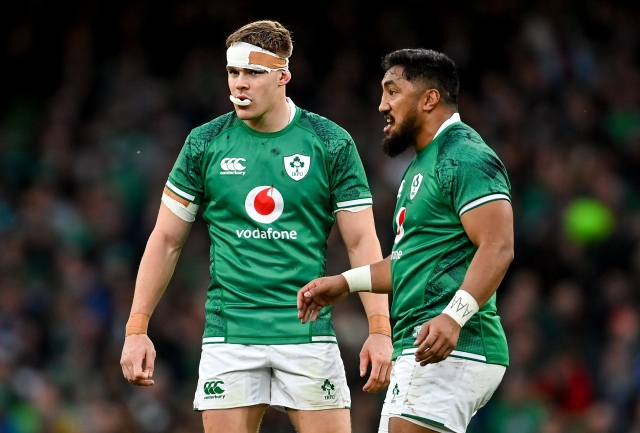 Another player that looked like a dream in the home win over Wales, but altogether more human in the away trips to France and England. The big backline driver of getting off the line and pressing up on the opposition when balls were sprayed wide. Was having a fine Leinster season, too, before international duty beckoned. 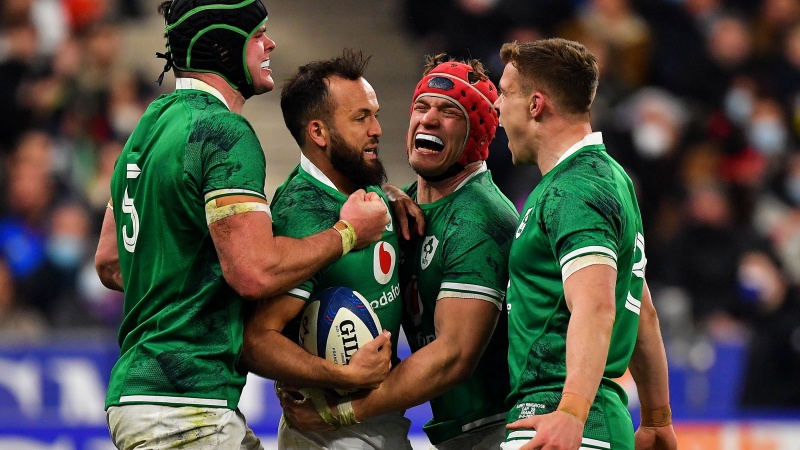 Has locked down the No.9 jersey and is growing in influence on proceedings. The only game he looked ropey in - and he was not the only one - was France, in Paris. Still, grabbed a second half try in that game and grabbed another against Italy. Superb against Wales, one of the best performers against England and had the Scots in big trouble with quick-tap penalties. Will be interesting to see if he can bump out Luke McGrath at Leinster, as the season's biggest games come up on the slate.

Another one that would have been ranked higher had we posted these heading into the Six Nations, but still high up as he is that important to what this Ireland team is all about. Leinster too. Has helped elevate an already strong Ireland front row in the past 12 months and is a real attacking, ball-carrying, try-scoring menace.

Played three games before picking up an injury against Italy. His transition from tighthead to loosehead has been seamless and, like Kelleher and Sheehan, has now strengthened Ireland massively. A big turnover threat, while cutting down the penalty count. Great hands and another big forward that defences have to take seriously.

Has replaced CJ Stander as the back-row to put in full 80-minute efforts and look as good in the closing stages as he did at the start. His best games were against Wales and England, where he was denied a super try by a knock-on earlier in the play. Switched between blindside and No.8 and is an unflappable presence that gets through a bundle of work. 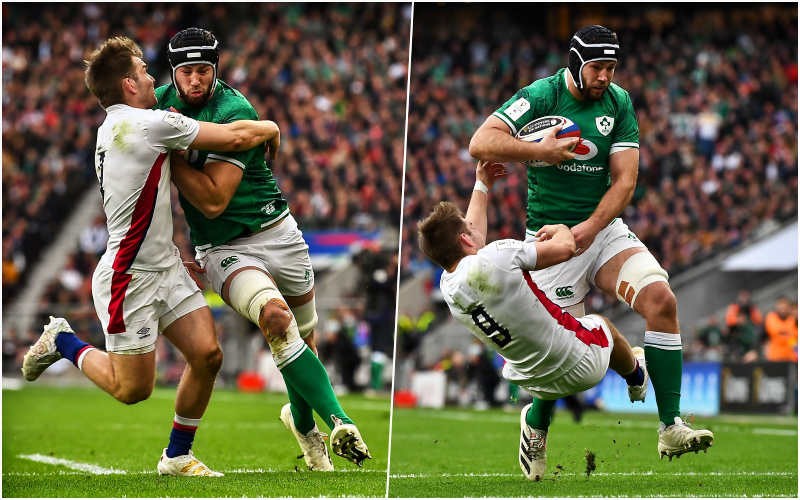 Shooting into not only the Top 10 but Top 5. Was already showing, last season, how much his passing and carrying had become, and has taken that up a notch again. The line-speed lynchpin and a guy really comfortable against the very best now. After scoring two tries in his first 31 Test outings, racked up five more in his nine appearances this season. Nominated for Player of the Six Nations, losing out to Antoine Dupont [no shame there]. With Will Connors and Dan Leavy both having injury issues, van der Flier's consistency has been crucial, for Leinster and Ireland.

Labelling players 'world class' is often a moveable feast, and you can argue that any regular starter in a team ranked in the world top 10 can is 'world class'. Another way to look at it is by comparing Keenan to the other best 15s in world rugby. He might not be at Jordie Barrett or Willie Le Roux levels yet, but he honestly is not far off. He was certainly the best 15 on show in the Six Nations. As we stated in a recent piece on Keenan, he is not just consistent, he is consistently brilliant. 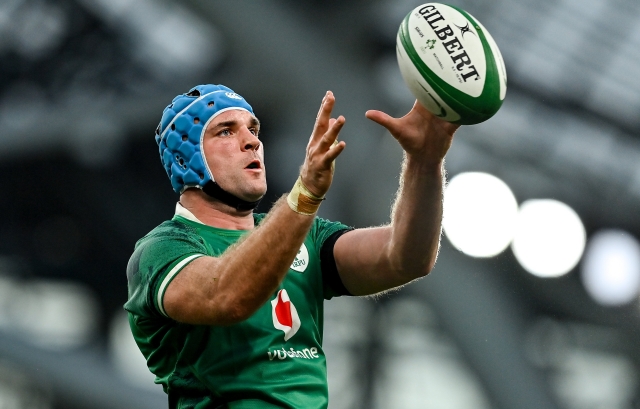 We are now into the real high achievers, and the men that make this Ireland team really tick. Guys that Andy Farrell will be relying on a lot over the next 18 months. Tadhg Beirne is one of them, and his evolution within this Ireland team is remarkable. Joe Schmidt would drop him in and out, but Farrell is completely sold on the impact he provides around the pitch. Always come up with big plays, solid on restarts and is a right nuisance at the breakdown.

It became clear in the 2021 Six Nations that it was Sexton that made this Ireland team really hum. For all the potential pitfalls of having a 36-year-old outhalf, we have seen Ireland at the peak when Sexton is on the pitch pulling the levers. Plays at a higher line that the other 10s, his passing is class and he can push the tempo. Will alternate with Ross Byrne, back at Leinster, but will be pressing to start their really big games, especially in Europe.

Weirdly enough, Tadhg Furlong struggling at the scrum in the England game only went to prove how pivotal he is to this Ireland side, and how we still can take the man for granted. It was then argued, by Nigel Owens, no less, that Furlong had been given a rough ride by the match officials. Imperious in his other four championship outings. Still with the first receiver plays, pull-back passes, nifty footwork and occasional scrumhalf fill-ins. The most important player to Ireland, and their top one at that. 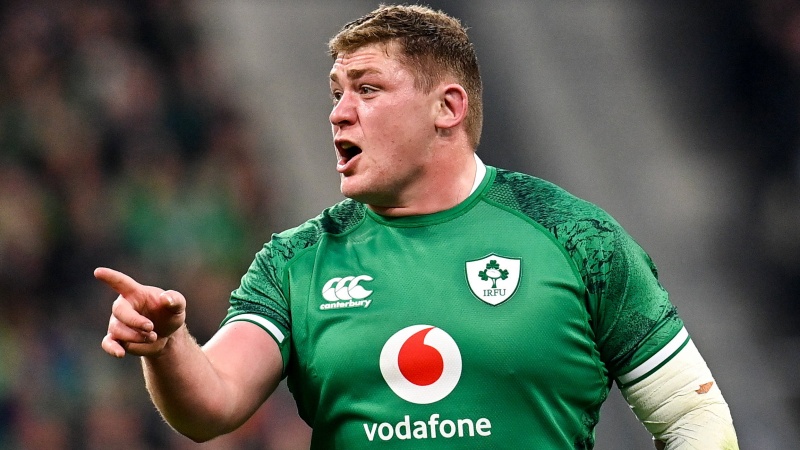 
popular
Iran demand action by FIFA after USA team change flag on social media
World Cup 2022 Day Nine: All the major action and talking points
"I appreciate Moycullen now more than ever" - Cooke's American lifestyle from a Moycullen base
Roy Keane's issue with Argentina star could rival Graeme Souness and Paul Pogba
GAA JOE Team of the weekend
"It's not acceptable. It was out of order." - Hamann blasts Rudiger for appearing to disrespect Japanese player
Roy Keane cracked up Ian Wright and Gary Neville with England team spirit remark
You may also like
3 days ago
Former England international admits he wishes he had played for Ireland
1 week ago
Two baffling omissions as four Ireland stars make World Rugby 'Dream Team' of the Year
1 week ago
Josh van der Flier claims World Rugby Player of the Year at Monaco ceremony
1 week ago
"Highlight of my Ireland career" - Behind the scenes as Jack Crowley and Ross Byrne covered for a legend
1 week ago
Bundee Aki reminded us all of his best qualities, on a night Ireland couldn't do without him
1 week ago
Peter O'Mahony delivered some fitting Jack Crowley comments after surprise Test start
Next Page